As we mentioned in a previous post a couple of weeks ago, there is a new LEGO Retro Storage Brick that is available at Target. This new exclusive item will only be in stores and online for limited time. We’ve received a review copy of the LEGO Storage Brick and T-Shirt and here are my thoughts on it. 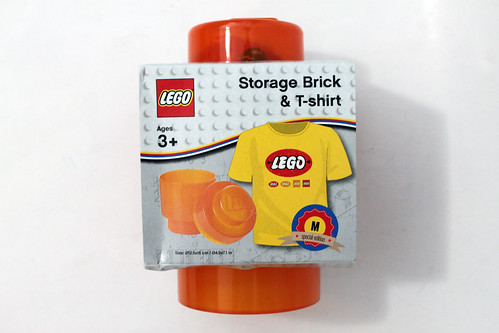 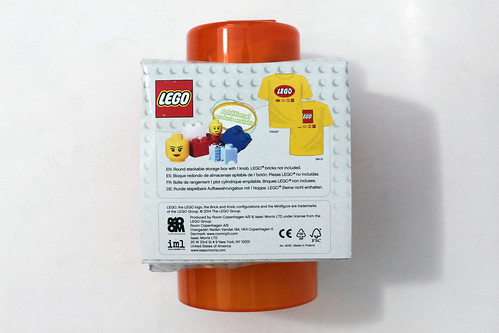 The Storage Brick itself is in the shape of a round 1×1 brick in transparent orange. The packaging states the brick is 12.5 cm x 18 cm. which makes it a little bigger than the small Pick-A-Brick cup and a little smaller than the large Pick-A-Brick cup. A note of advice if you’re planning on using it for storing small elements like studs and such. Don’t. The reason is because they will get stuck in the groove below and you’ll have to find something to pry them out. Other than that, the Storage Brick is just a glorified Pick-A-Brick cup. 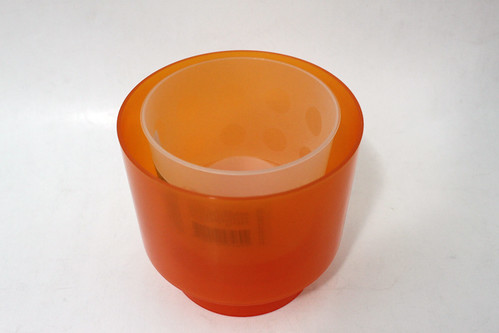 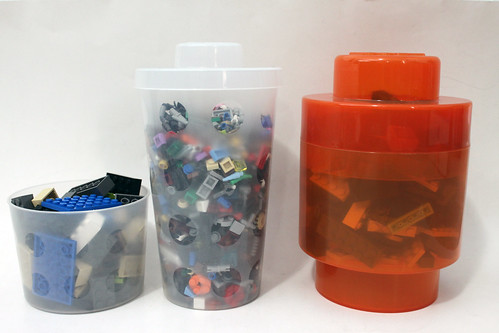 The other item that’s in the Retro Stroage Brick combo pack is the t-shirt that is included. It’s a bright yellow shirt that features the various logos in LEGO’s history like the one that is prominent across the chest which is from 1953. It also has a tattered look to give it a retro feel. The back of the shirt features the current logo. The only downside of the t-shirt is that it is only in kids medium which makes a majority of us AFOLs sad that we aren’t able to wear it. 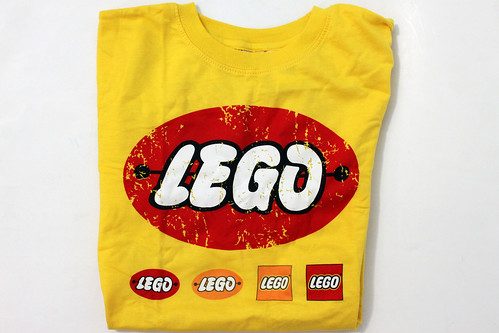 Now available at at Target stores and online are some new, exclusive limited time only toys. One of these items is a LEGO Retro Storage Brick and T-Shirt. The orange storage brick is in the shape of a round 1×1 brick that allows you to store your loose LEGO bricks.

The shirt is yellow but unfortunately, it only comes in kids medium size. It shows a couple of LEGO logos throughout the years including the one from 1953 prominently displayed across the chest.

In stores, the LEGO Retro Storage Brick and T-Shirt retails for $19 but online, it’s going for only $15.99 which is a bit strange to why they have different prices. Again, this combo is only available for a very short time, most likely through the holiday season. We will be receiving one for review shortly and will be doing a review on it so stay tuned for that.

We partner with Rakuten Advertising, who may collect personal information when you interact with our site. The collection and use of this information is subject to the