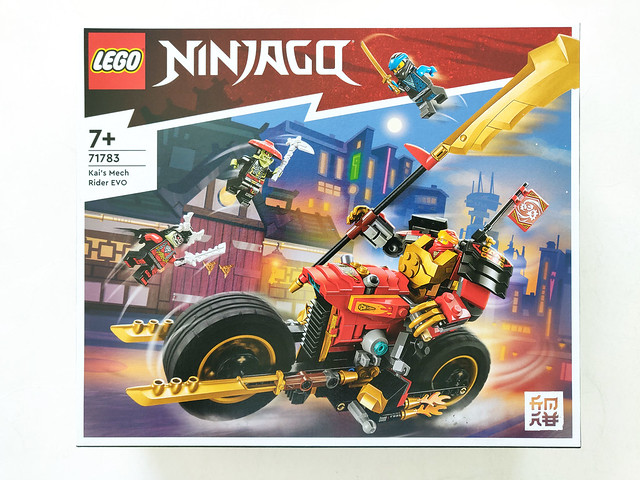 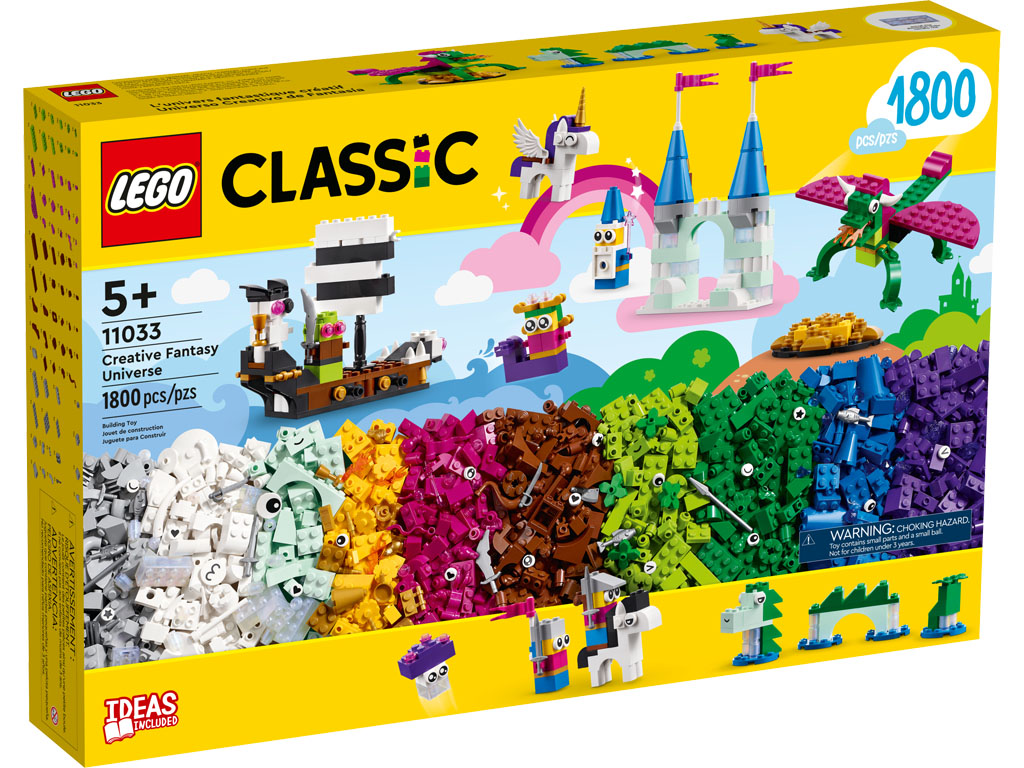 LEGO has recently put up a new product listing for an upcoming March 2023 Classic set with the Creative Fantasy Universe (11033). It has 1,800 pieces and will retail for $89.99. The set features parts that can be used to build fantasy things like a dragon, unicorn, and sea serpent. There’s also references to the original Castle sets like the knights and the wizard Majisto. You can pre-order the set today and it will ship on March 1. 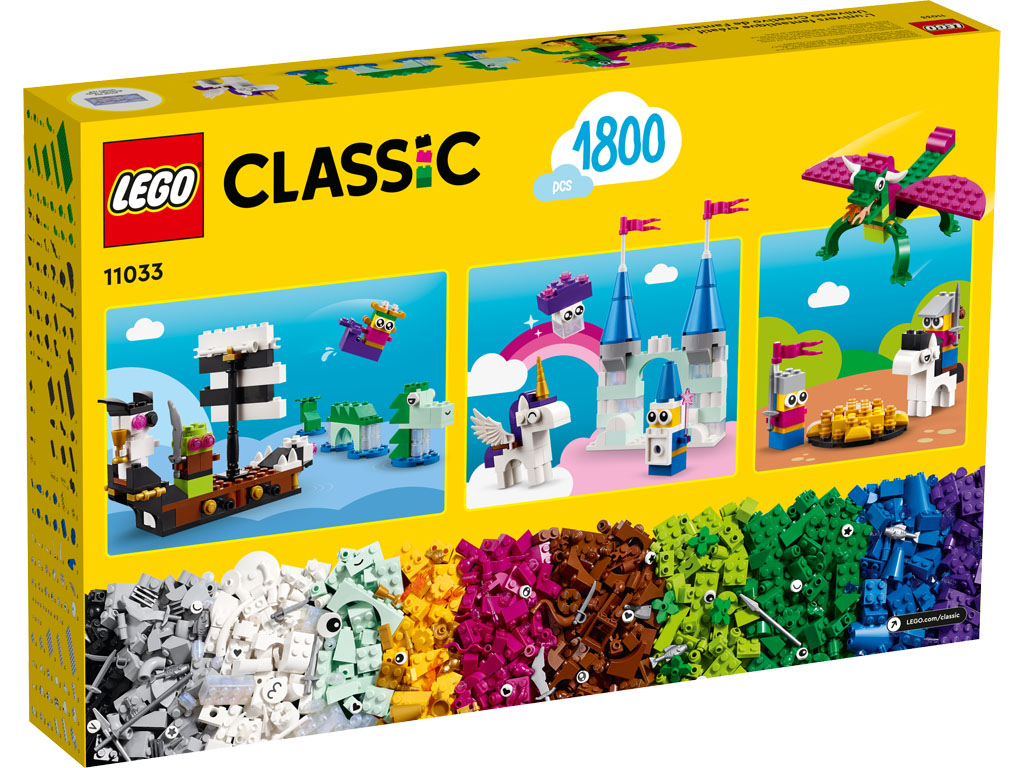 A brick bonanza for big imaginations
Kids aged 5 and up can create 3 enchanting realms using 1,800 bricks in a rainbow of colors, including gold, silver and opalescent elements. One bag of bricks lets children build a knight, a knight on horseback and a dragon sitting on a pile of gold. Another bag includes a buildable cloud castle, wizard, magical mushroom and a winged unicorn. More bags contain bricks for a smiling sea serpent, mermaid and a toy pirate ship complete with cannons, a skeleton, goblin and a frog. Wherever kids’ imaginations take them, printed and digital (via the LEGO Builder app) instructions get them started quickly. 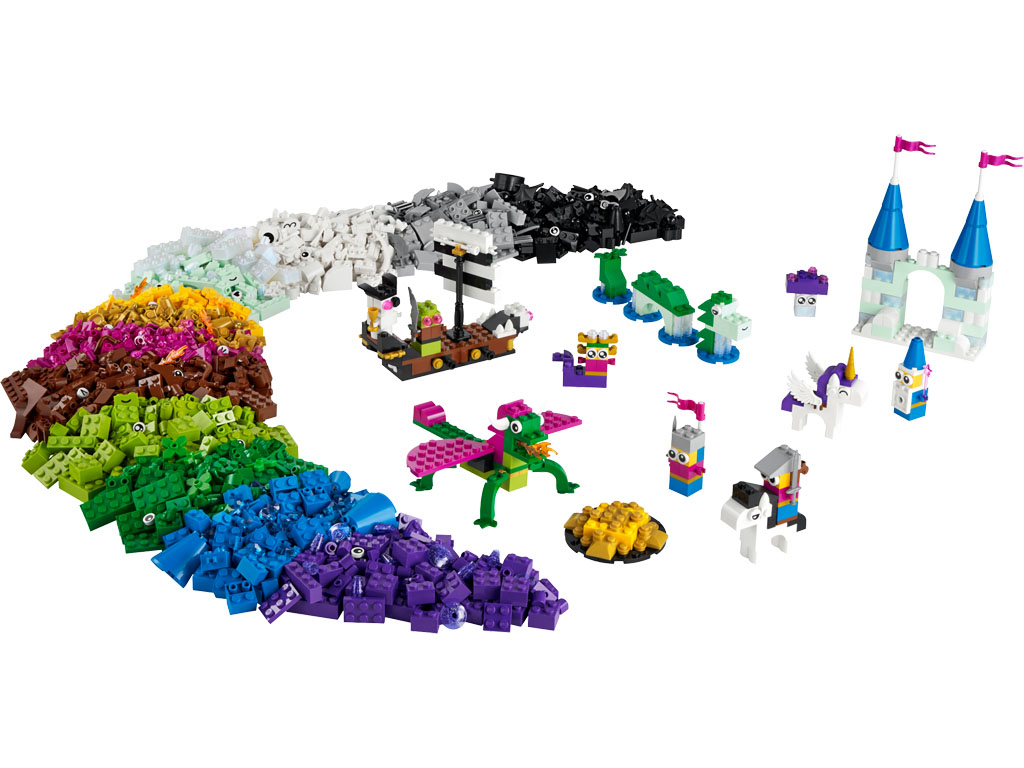 The Twilight: Cullen House by LobsterThermidor is the latest project to achieve 10,000 supporters on LEGO Ideas. The 2,995 piece build features a modern contemporary house that is filled with details from the Twilight movies. It also proposes minifigures of Bella, Edward, Carlisle, and Jacob in his human and brick-built werewolf form. 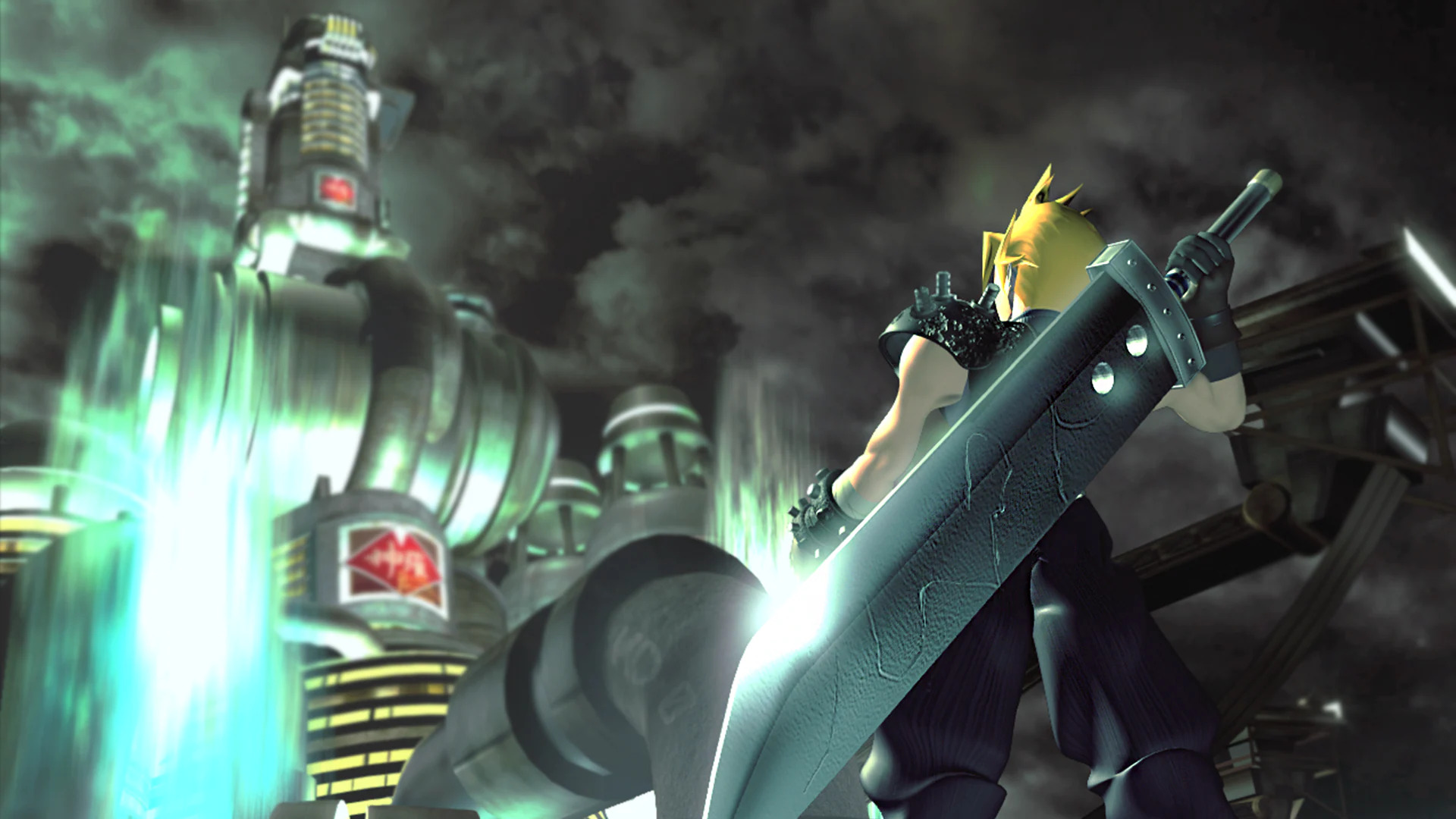 Square Enix has announced that they are doing a LEGO contest to celebrate the 25th anniversary of Final Fantasy VII. They are asking what Final Fantasy VII setting do you want to see build in LEGO and there are four choices which include Aerith’s House, Honeybee Inn, Sector 5 Slums Church, and Water Tower Nibelheim.

FF7 is my favorite RPG of all time and I would like to see the slums church in LEGO form but my hearts goes to Aerith’s house. If I’m guessing, the build will most likely be created by a LEGO Certified Professional. It doesn’t look like there will be any official sets based on the game but as a fanatic, it’ll be cool to see anything FF7 in LEGO.

To round off Final Fantasy VII’s 25th anniversary year we want you to vote for one of four classic scenes, that we’ll remake with Lego.

We’ll then give away the final piece as a prize in a contest later this year.

Cast your vote in the next VII days: https://t.co/yzbgimguB4 pic.twitter.com/tseJT39a5s 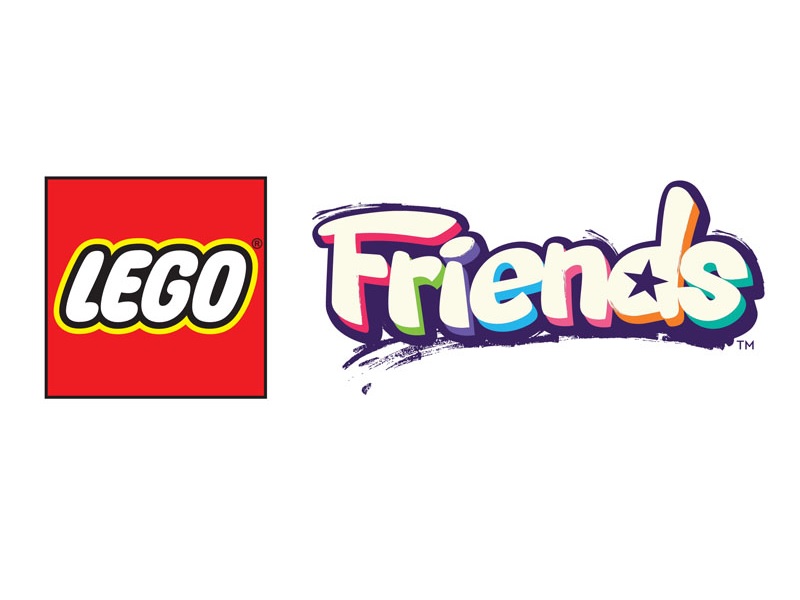 During February and March, LEGO fans can enjoy some events to celebrate the new LEGO Friends line. There’s a number of events throughout the world that you can attend for free which you can check out below. 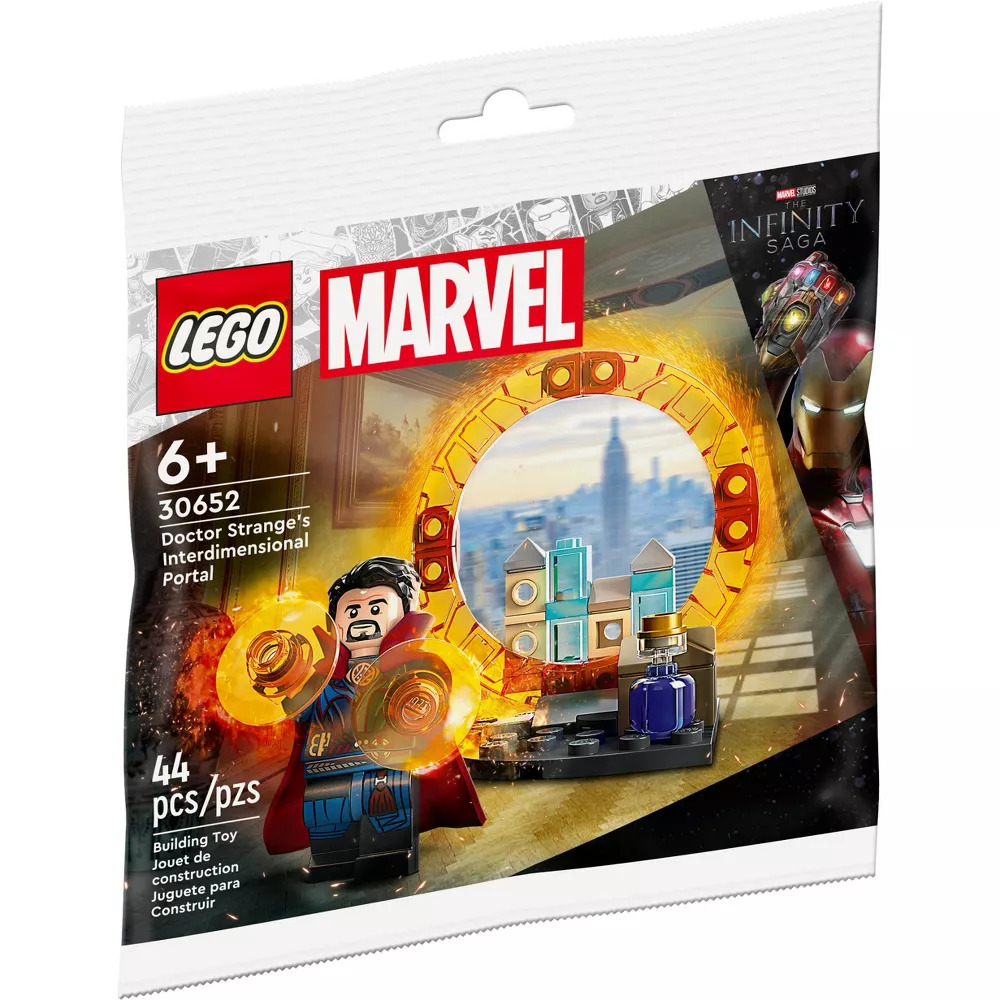 The new LEGO Marvel Doctor Strange’s Interdimensional Portal (30652) polybag is now available for purchase at Target. It costs $4.99 and you can get a maximum of three polybags per order. If you use your RedCard, you can save an additional 5% as well. You can also see if the nearest Target carries them in-store using the pickup option. 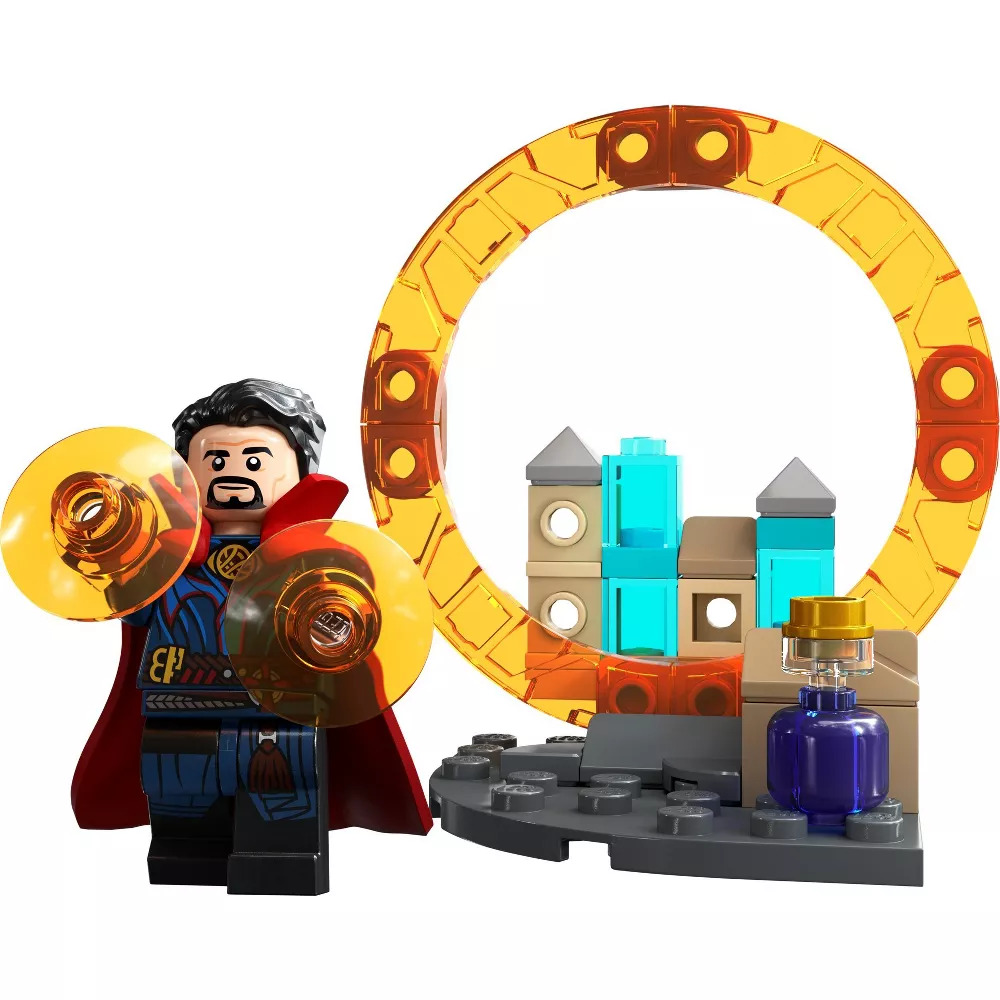 As an Impact Affiliate, I earn from qualifying purchases.