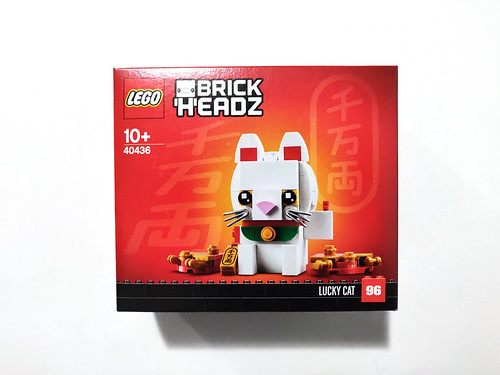 Releasing on January 1 are some new LEGO BrickHeadz sets and one of them that I’m really excited for is the Lucky Cat (40436). It has 134 pieces and will retail for $9.99. The contents of the box include three unnumbered bags, the instruction booklet, and a couple of loose plates. 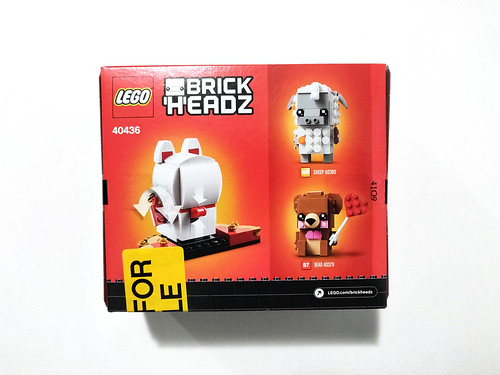 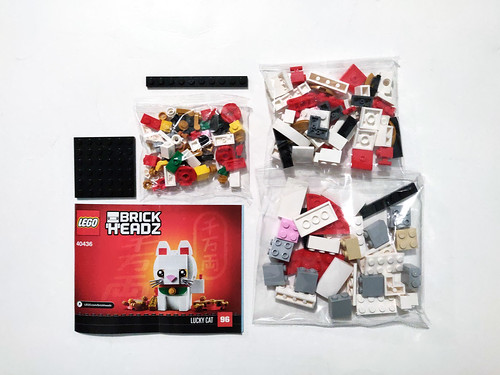 Like with other BrickHeadz sets, the build is pretty straightforward going from the bottom up. The left arm is on a Technic pin connected to the beam on the back so you can move it up and down. 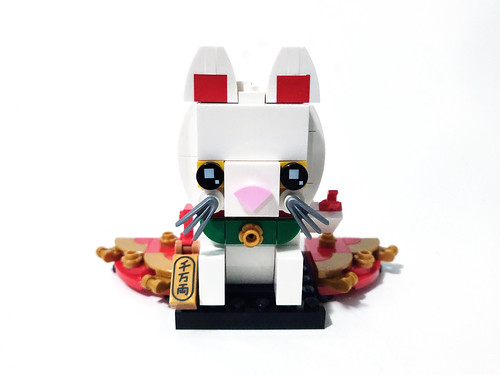 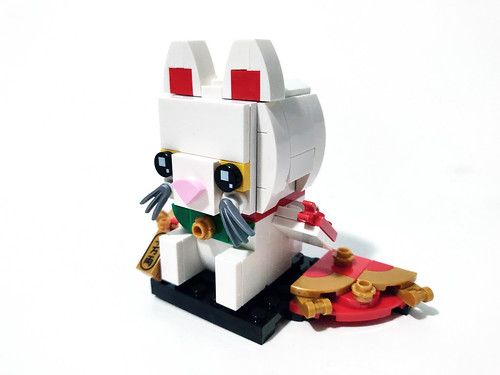 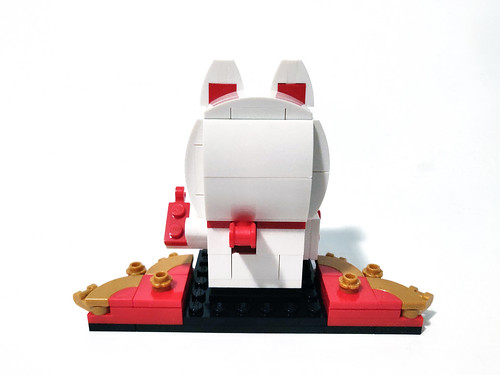 Some of details on the Lucky Cat include the printed tile that translates to “Ten Million Tael.” This loosely translates to lots of fortune coming in throughout the year. Note that the left paw is raised so it is to attract more customers. I do like the use of the claw pieces used for its whiskers. 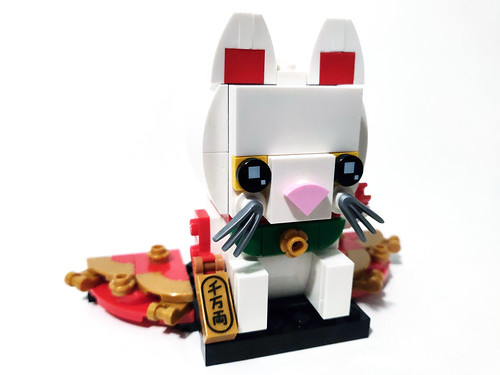 Lastly, there’s a decorative stand that is red and pearl-gold which is a nice contrast from the white cat. 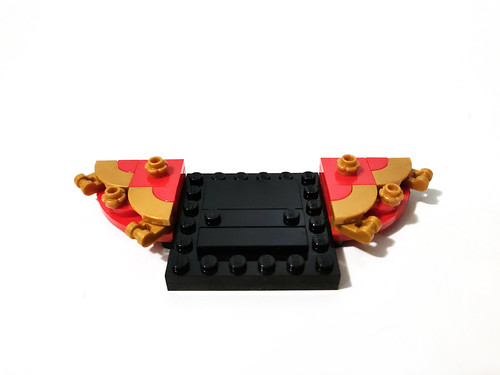 Overall, the LEGO BrickHeadz Lucky Cat (40436) is my favorite out of this first wave of 2020 sets. The back of the instructions show some other Seasonal BrickHeadz sets that will be coming out soon including the Valentine’s Bear (40379) also coming out in January and the Sheep (40380) coming in February, both of which we’ve already seen before. With Chinese New Year coming on January 25, the Lucky Cat makes a perfect gift for kids and adults alike. I’ll definitely be getting a couple more when they become available in a few weeks.