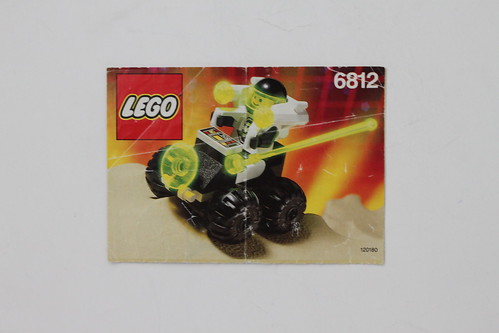 In our final set of the old school LEGO Space sets, we have the Blacktron Future Generation aka Blacktron II Grid Trekkor (6812). It contains 23 pieces and was originally released in 1991.

There is one minifigure in this little set and it is the Blacktron II Astronaut. His torso is a plain white one with the iconic green/black/white Blacktron logo right in the middle. The arms and hands are black. The legs are also solid white. The astronaut has the simple yellow minifigure head. He wears a black helmet with a trans-neon green visor. Finally we also has a large jet pack attached to him. 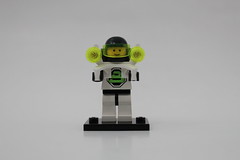 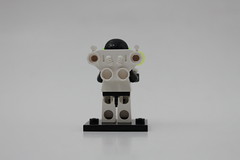 The Grid Trekkor is a very nicely built vehicle given the number of pieces that are available. It rolls on four rubber black wheels. The Trekkor has a trans-neon green radar attached to the front. The vehicle is operated by a control panel in the cockpit area. There is a trans-neon green antenna that is horizonal on the left side of the Trekkor. 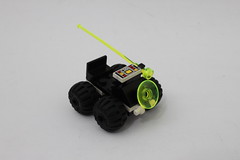 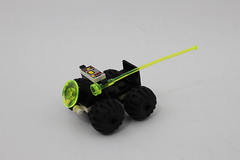 We have come to the end of the review of the Grid Trekkor (6812) as well as our 3-part miniseries of the older LEGO Space sets. The Trekkor and the minifigure are both awesome. The only downside is that I didn’t get more of these sets back when I was a kid. Too bad LEGO doesn’t make sets like these anymore.

This Space miniseries was actually fun to do. Trying to find all of the old parts again from my bin was pretty fun and it brought back a lot of memories from when I was a kid. I hope you enjoyed taking a step back in time from all of the recent LEGO news to see and re-experience some of the cooler sets from the early 90’s. While finding these sets, I also found a couple of older LEGO City sets as well so you may be seeing some more old school sets being reviewed in the future. 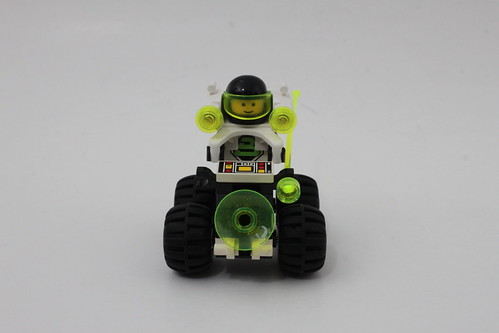