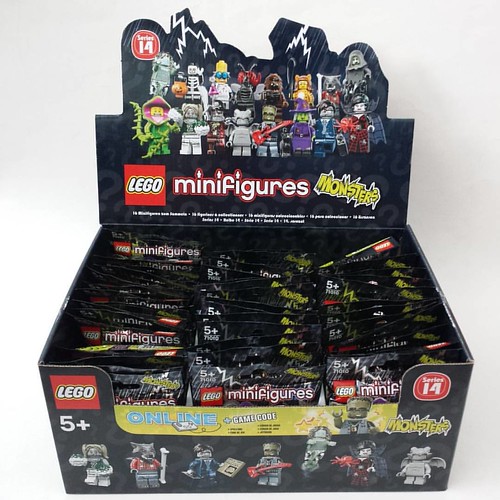 As you can see from the image above, I have a full box of the Series 14 Monsters LEGO Collectible Minifigures (71010). As we know by now, there are three complete sets of 16 minifigures in a full box and that is what I have in my possession. With that, I’ll be doing three separate giveaways until the rest of the year to three lucky fans for each set 16. The first giveaway will be in this post and the others will be held on Halloween, October 31 and on either Thanksgiving, November 26 or on Christmas, December 25. I haven’t decided on the last one yet.

To enter the giveaway, just use the Rafflecopter widget below. It’s pretty simple and straightforward and in two weeks, I’ll be randomly choosing a winner through the widget and that fan will be sent a set of 16 Monsters minifigs for free.

I didn’t feel like feeling for each minifigure so when you receive them, they will be opened but will have everything that should be there including the leaflets and the stands.

Good luck everyone and I would like to thank the LEGO CEE team for sending a box in for me to do this giveaway. 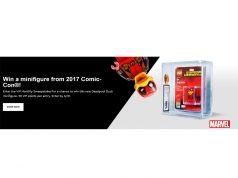