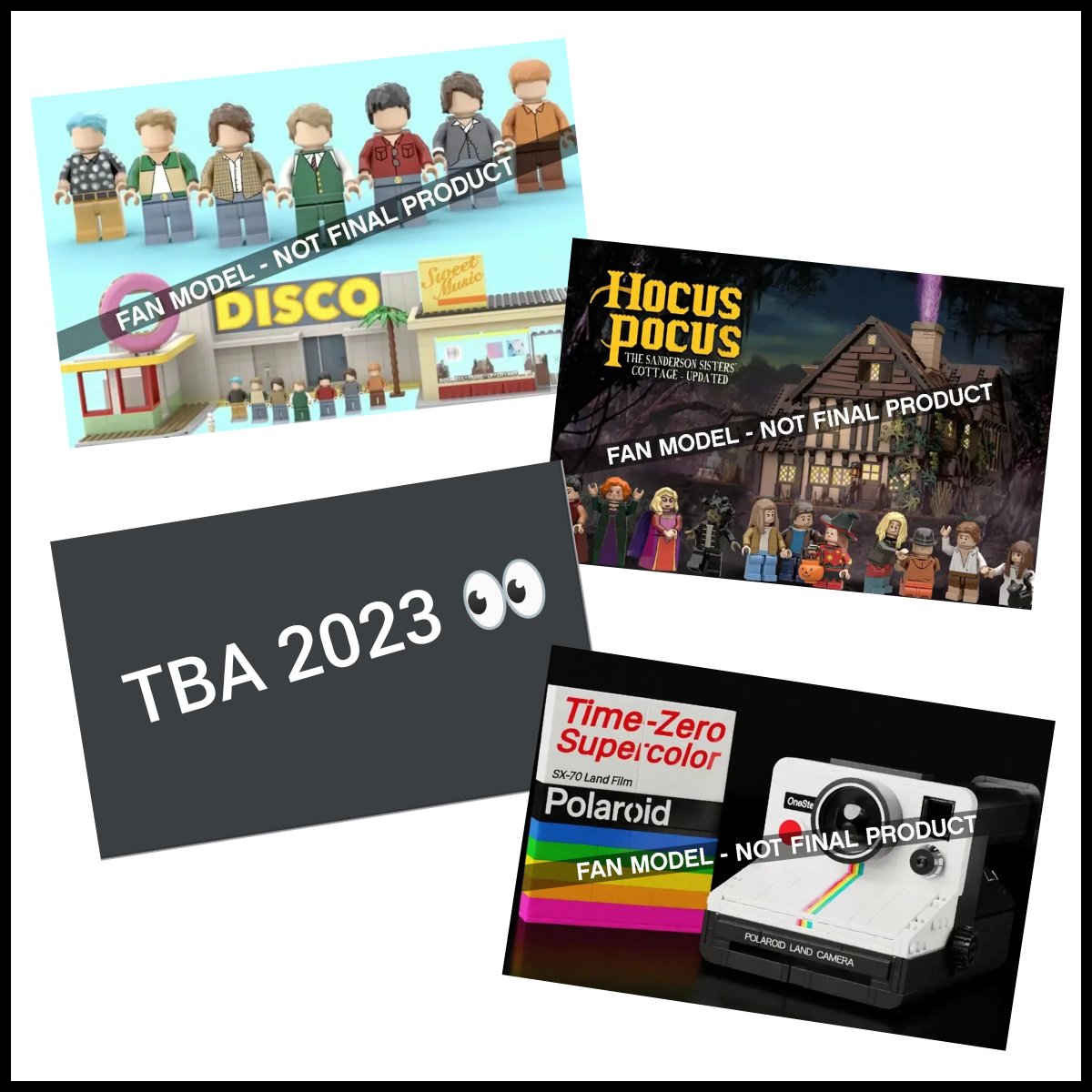 LEGO Designer James May a few hours ago has teased what LEGO Ideas sets we can expect to see in 2023. In his Twitter post, he shows off some projects he’s been working on since he moved to the LEGO Ideas team which includes BTS – Dynamite, Hocus Pocus – The Sanderson Sisters’ Cottage, and the Polaroid OneStep SX-70. He’s also teases another mystery set that should be coming next year.

There are some possibilities on what that fourth set could be. Note that it takes roughly about one and half years of production time from the announcement to release date. One is the Tribute to Galileo Galilei GWP from the Ready, Set, Go STEM! building contest which was announced back in June so it could be a late 2023 release. Another set could be the Viking Village from the Target Fan Vote which was announced in August. This would also be a late 2023 release as well. I doubt that it would be something from the Second 2022 Review since those winner(s) haven’t even been announced yet and that would really push the production time up quite a bit but we’ll see.

2023 though is going to be my BIGGEST year yet!

I’ve been very busy working on @BTS_twt, @HocusPocusMovie and @Polaroid models, as well as a sneaky extra one on the side. 👀

Hope you’re all as excited as I am! pic.twitter.com/OxUFwEvkuS