video game. In the video below, you can see various locations that you will be able to play at including Asgard, Sokovia, South Africa, SHIELD Base Exterior, Barton Farm, Malibu, Washington DC, and of course New York City. In the video, there are also glimpses of some unannounced playable characters that will be in LEGO Marvel’s Avengers.

Also don’t forget, if you pre-order the game from Gamestop

, you also get the exclusive Silver Centurion Mark XXXIII Iron Man LEGO minifigure as a bonus. The game will be available on January 26, 2016. 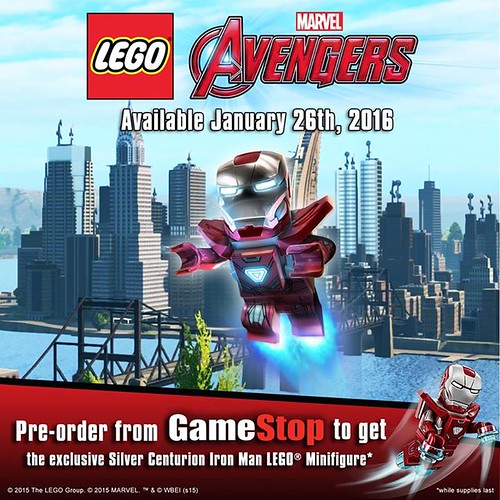