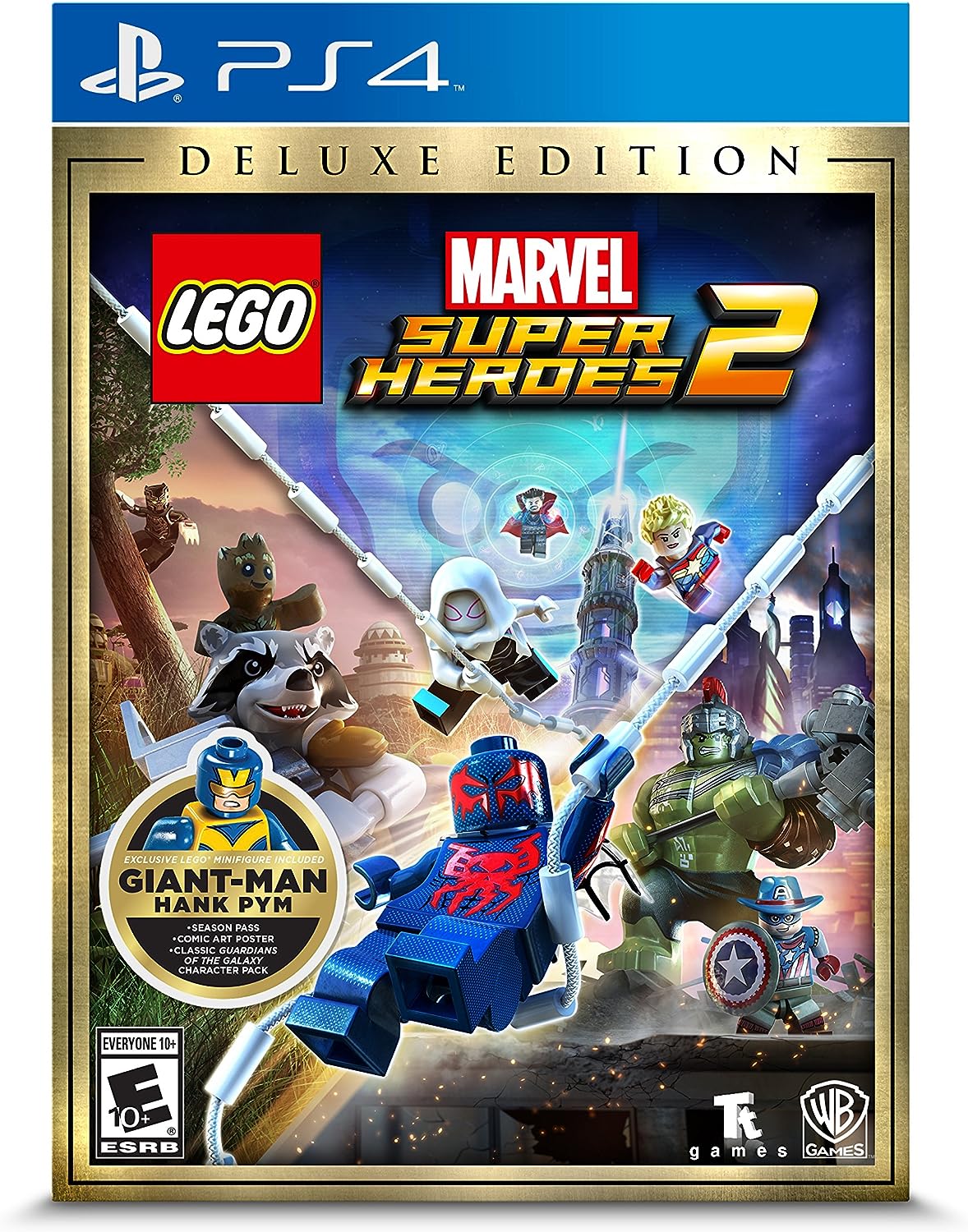 Today is the official launch day of LEGO Marvel Super Heroes 2 here in the US and Warner Bros. Interactive Entertainment has released the launch trailer for the game. I’ve been playing it for a few days now and I’ll have my review of it in a few days but in the meantime, check out the launch trailer below.

“Packed with signature LEGO humor, LEGO Marvel Super Heroes 2 delivers a huge, intergalactic saga that spans the Marvel Universe,” said Tom Stone, Managing Director, TT Games Publishing. “The game introduces new features and an incredibly large open world for players to roam and explore, from the mythical land of Asgard to the deep space base of Knowhere and many more imaginative settings.”

“The game offers unprecedented opportunities for exploration and imaginative creative play within the LEGO version of the Marvel Universe,” said Sean William McEvoy, VP, Digital Games & Apps, The LEGO Group. “It’s great to see so many larger-than-life characters, settings, and stories coming to life in this vibrant, beautiful, and epic game.”

LEGO Marvel Super Heroes 2 also features a four-player local multiplayer mode, allowing friends and family to play competitively or cooperatively as a team in a series of themed challenges and battle arenas.

For players who want to further their adventures beyond the main game, the LEGO Marvel Super Heroes 2 Season Pass will include six Level Packs and four Character Packs. The Level Packs feature content inspired by Marvel Studios’ Guardians of the Galaxy Vol. 2, Marvel Studios’ Black Panther, Marvel Studios’ Avengers: Infinity War, Marvel Studios’ Ant-Man and The Wasp, as well as comics-inspired content for Cloak & Dagger and The Runaways. The Character Packs, including Agents of Atlas, Champions, Out of Time, and Classic Guardians of the Galaxy, will add more than 60 new characters to the main game’s roster of over 200 Super Heroes and Super Villains. The Season Pass will be available separately or as part of the LEGO Marvel Super Heroes 2 Deluxe Edition, which features the main game, Season Pass, early access to the Classic Guardians of the Galaxy Character Pack, and an exclusive Giant-Man LEGO Minifigure included in the physical version.