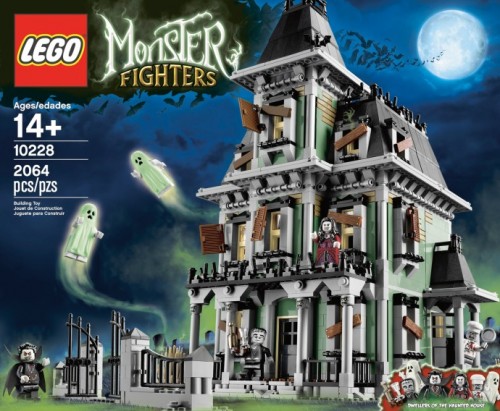 Artifex Creation has created a nearly 10 minute video of the new LEGO Monster Fighters Haunted House (10228). If you have seen Artifex’s stop motions and animations before, you know that they do high quality reviews and animations of many LEGO sets. At the end of the video, they have also added their own touch to the set by adding lights to the Haunted House which you can purchase on their site.

To summarize the set, there are 2064 pieces and retails for $179.99 which is around $0.09/piece. There are 6 minifigures which includes Vampyre, Vampyre’s Bride, Zombie chef, Zombie butler and 2 glow-in-the-dark ghosts. There are three instruction booklets as well as a small sticker sheet. One thing to note, although the Haunted House is modular, it doesn’t connect to the other modular Creator sets. That probably is better because why would a Haunted House be next to a pet store or the fire brigade? It would be more suited further away from the city. After seeing the set being built by Artifex, will you be picking up the set with Halloween coming next month?