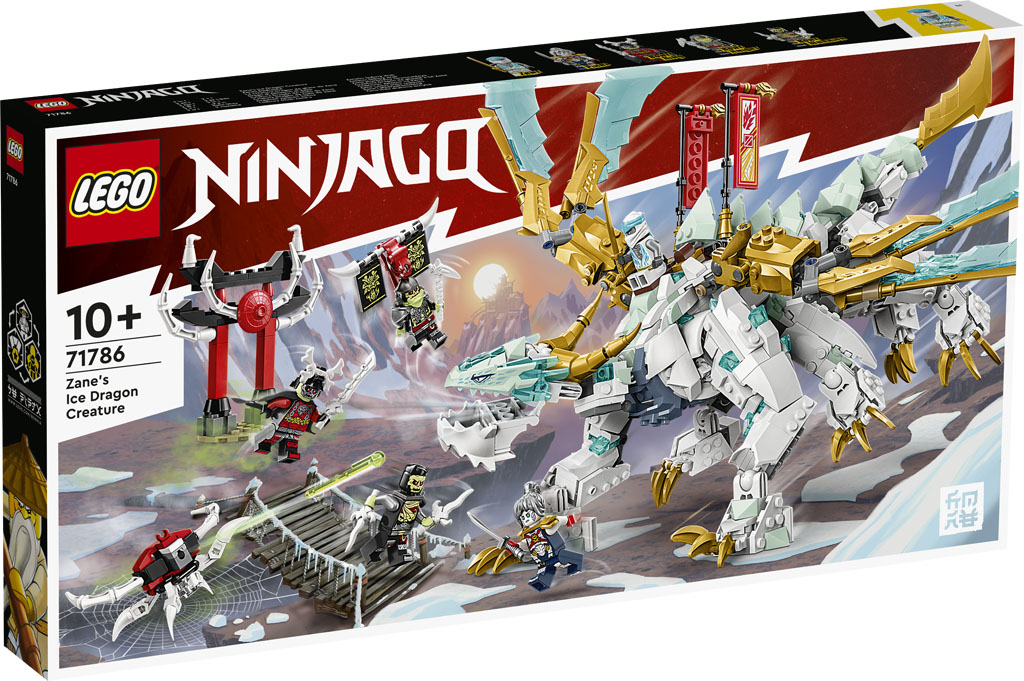 LEGO has officially revealed the 2023 wave of LEGO Ninjago sets. As we know by now, the current LEGO Ninjago storyline has wrapped up and a new story will start in 2023. It may seem that LEGO has gone back to basics with these sets as they are revisiting older sets while making them not too large. You’ll also notice that the boxes are extremely plain and not too flashy like with previous Ninjago sets. 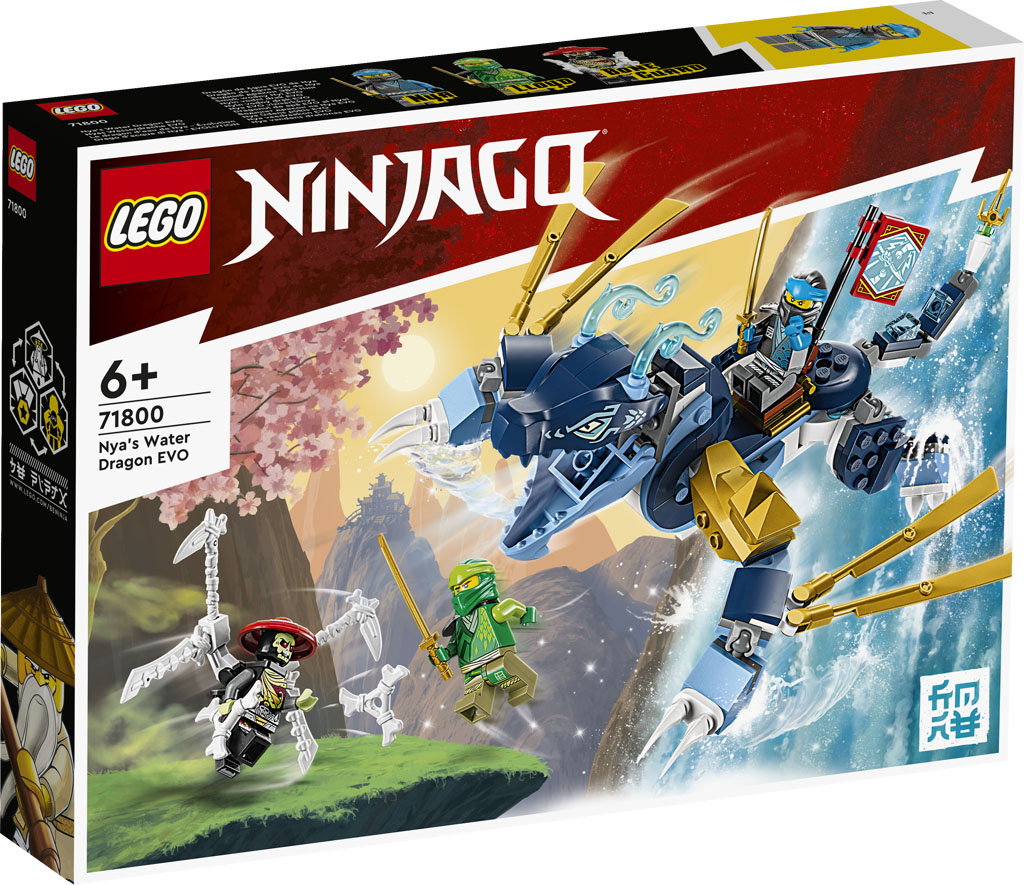 Let ninja fans aged 6+ enjoy fast thrills with Kai’s Ninja Race Car EVO (71780) building set. This LEGO® NINJAGO® car toy features an opening cockpit and an impressive golden wing spoiler on the back. It can be upgraded from an off-road vehicle into a street race car by swapping its 4 wheels. 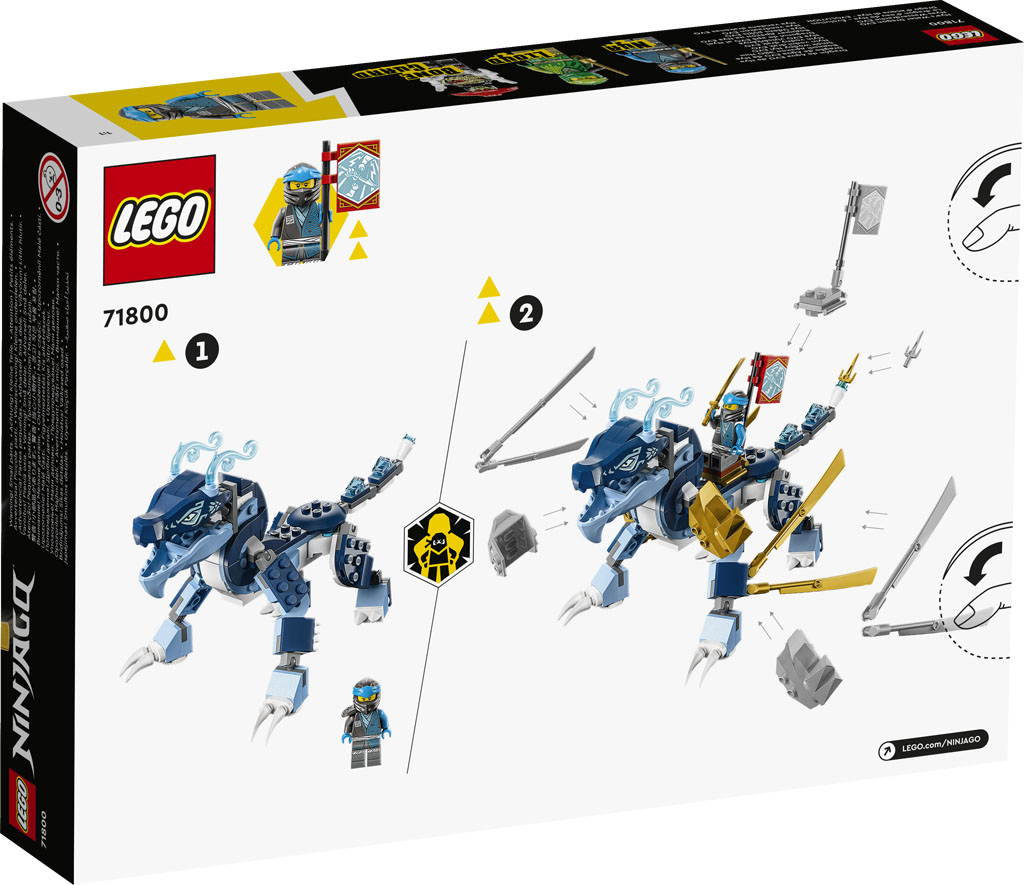 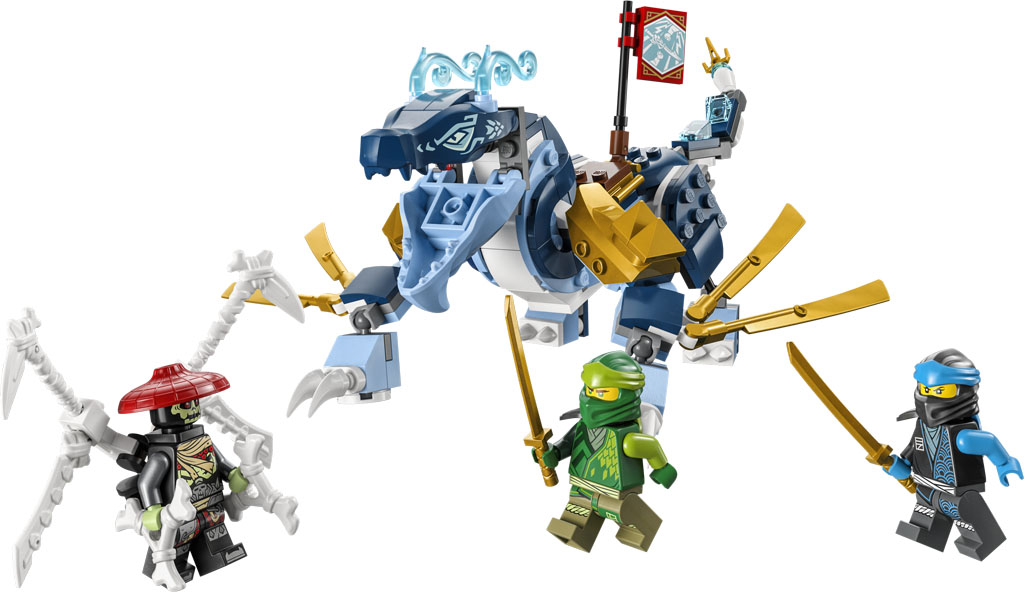 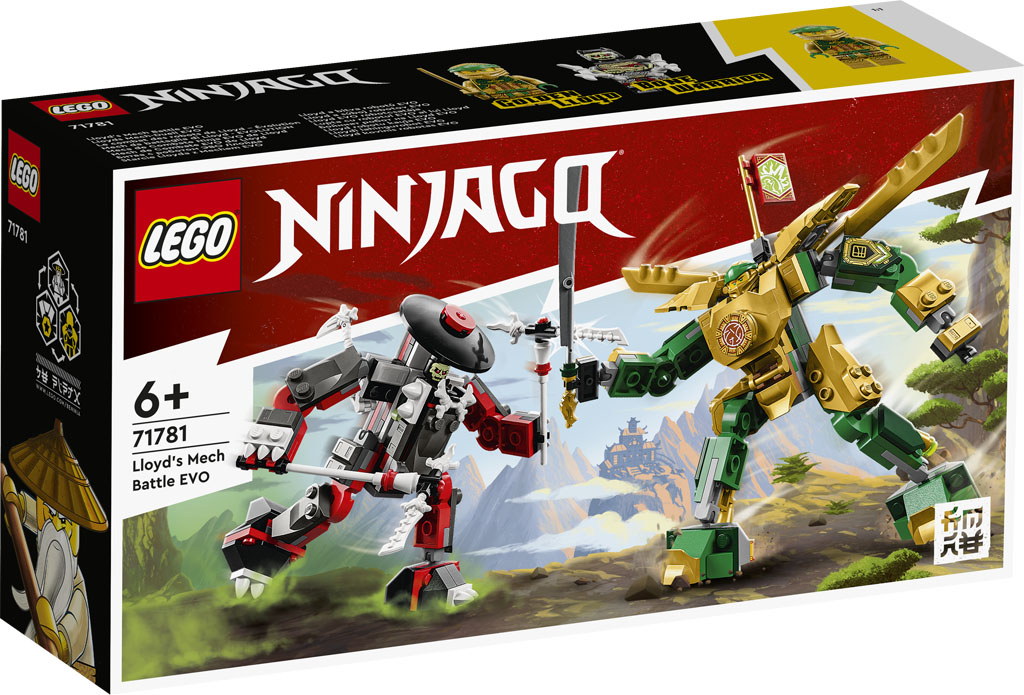 Kids aged 6+ will be excited to learn all about the fantasy action world of LEGO® NINJAGO®through building and playing with Lloyd’s Mech Battle EVO (71781). The playset features 2 posable mechs, both armed with cool weapons, so kids can stage gripping battles. Kids can upgrade Lloyd’s mech with golden armor and wings to help him triumph. 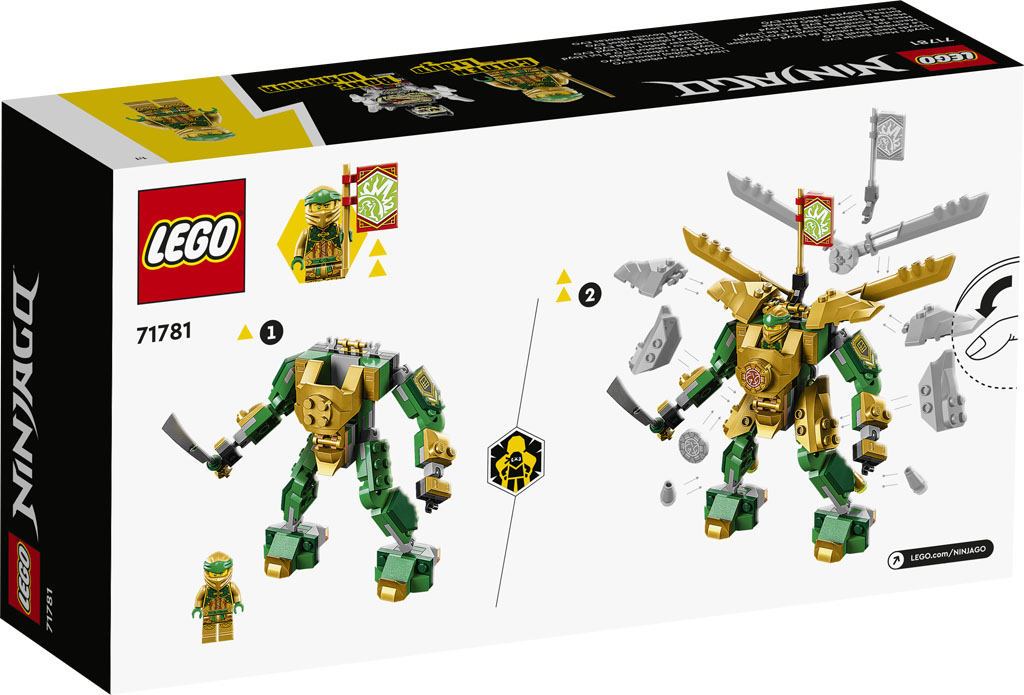 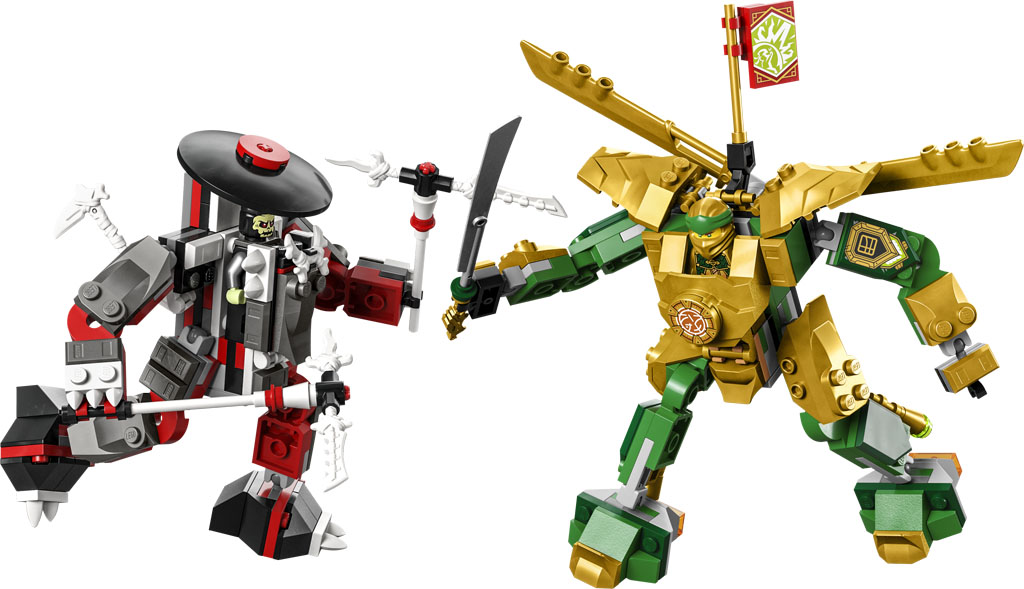 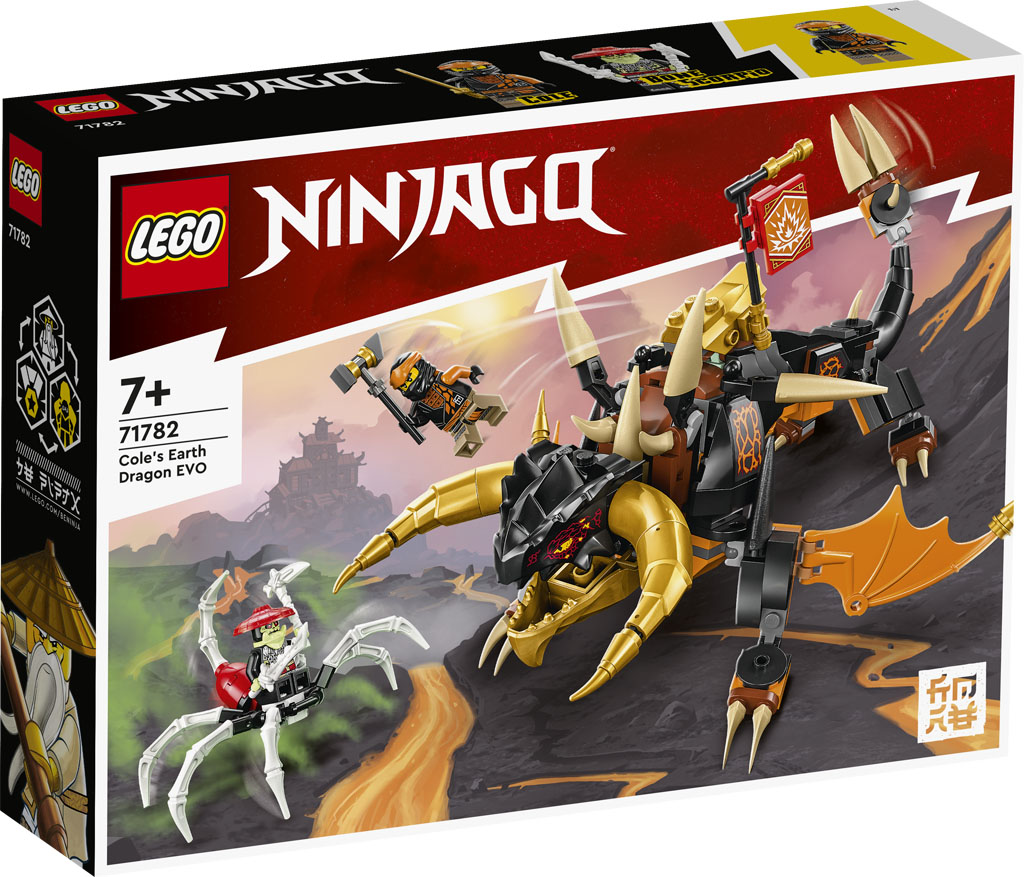 Kids aged 7+ will be excited to stage enthralling battles with this LEGO® NINJAGO® Cole’s Earth Dragon EVO (71782) playset. During the action, kids can upgrade the posable dragon toy to make it even bigger and more powerful by adding golden wings, horns and a tail. 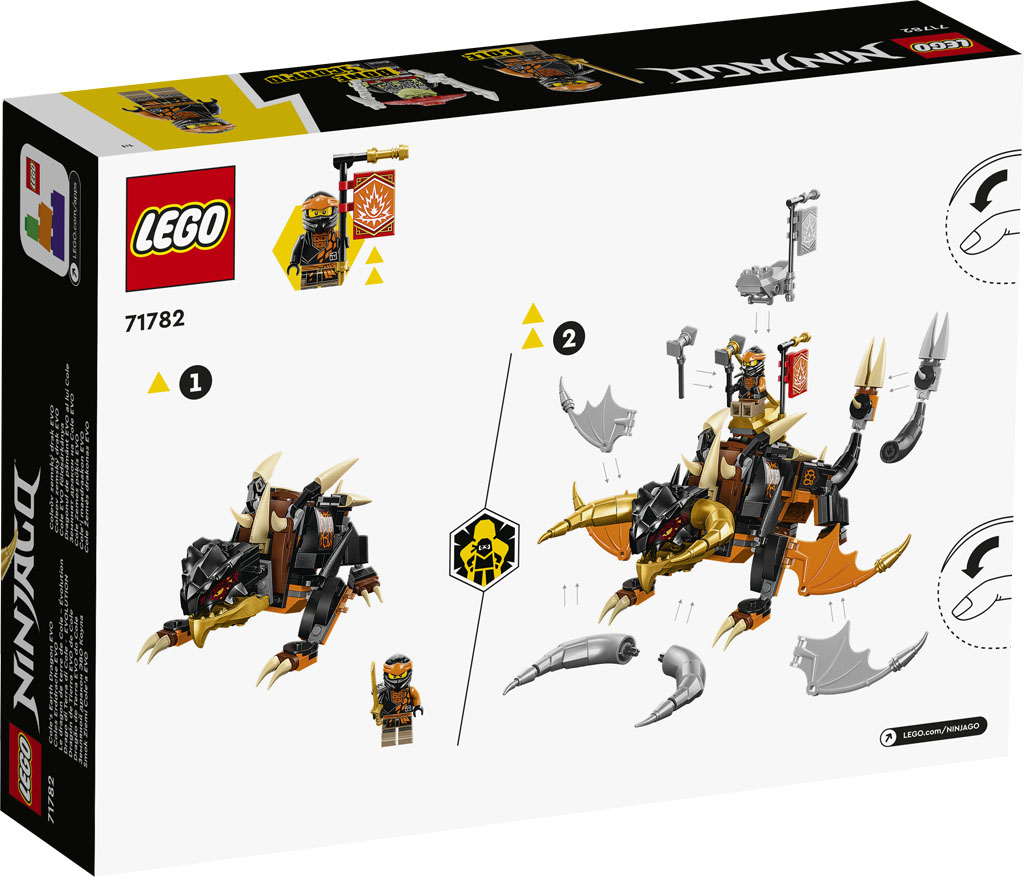 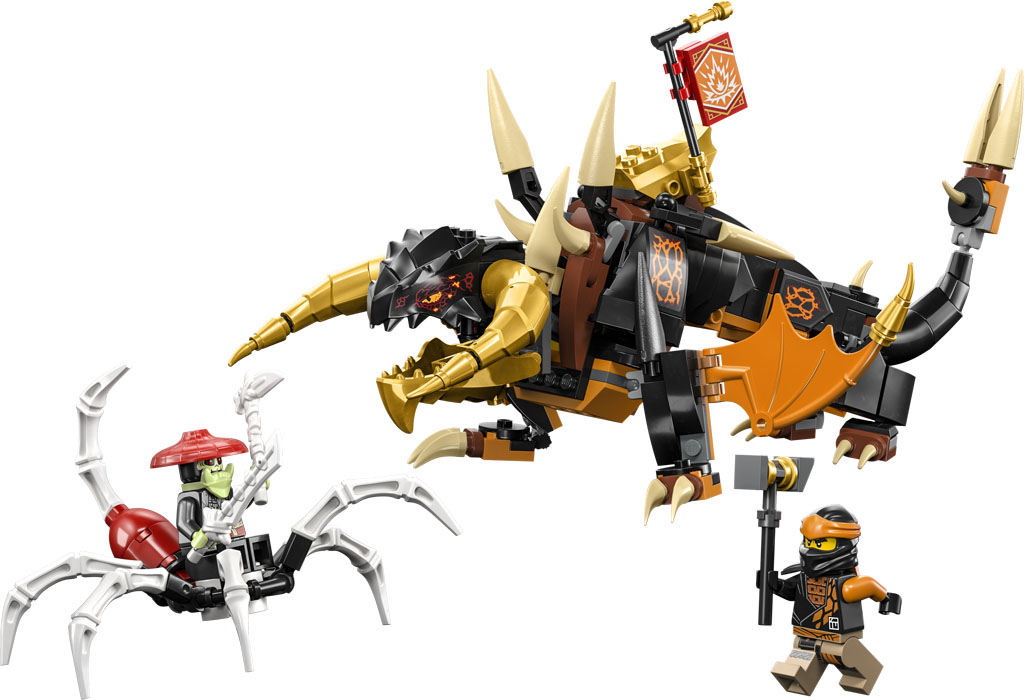 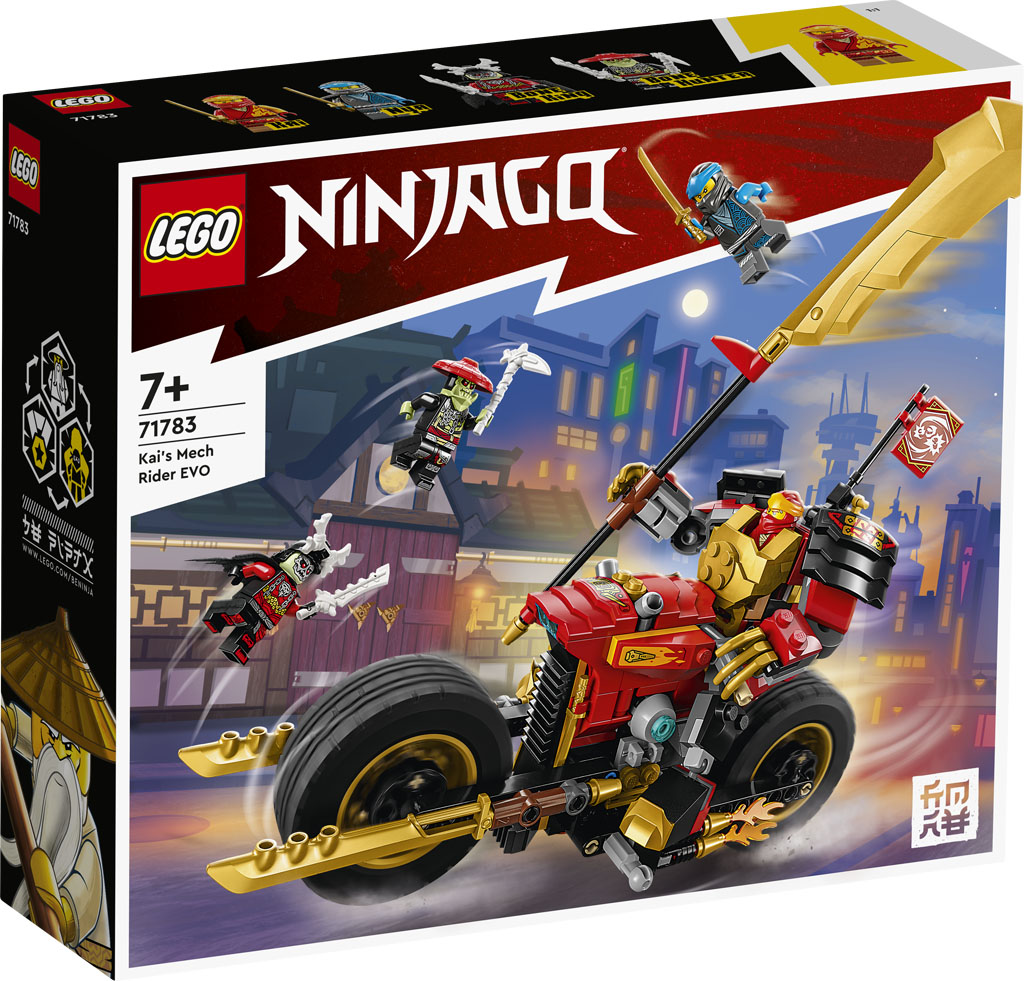 Little builders aged 7+ and fans of cool vehicles can stage their own good vs. evil fantasy showdowns with this action-packed Kai’s Mech Rider EVO (71783) playset. It features a posable mech and a cool motorbike, which can be upgraded into a bigger model by adding golden side panels and a large golden blade. 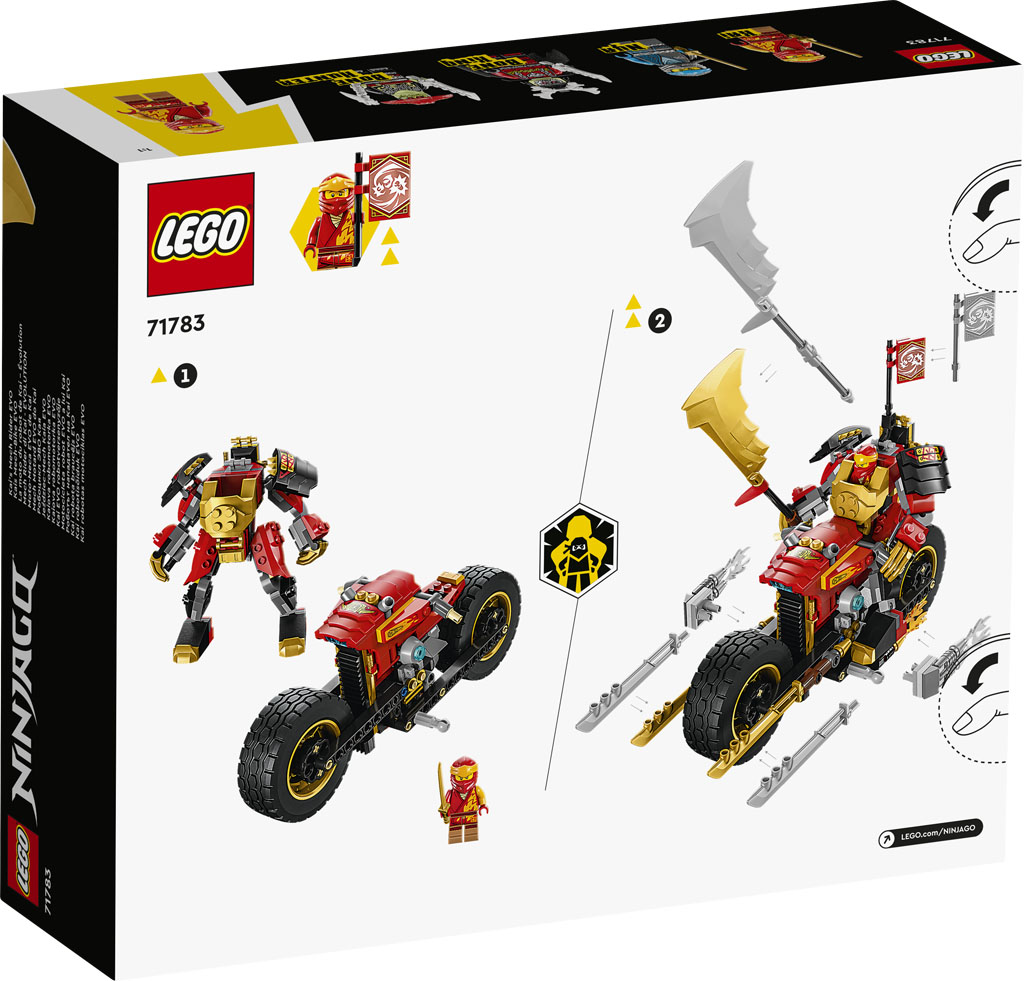 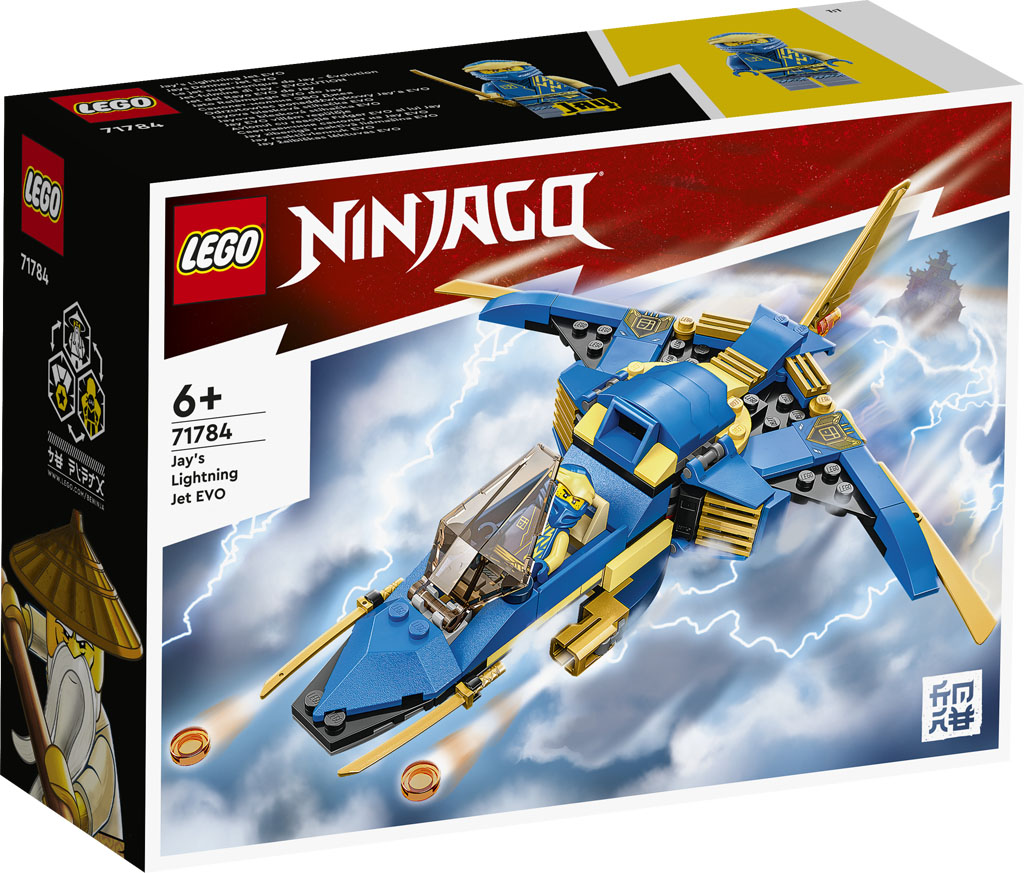 Give ninja fans aged 7+ the chance to soar into the skies over NINJAGO® City with Jay’s Lightning Jet EVO (71784). This supercool jet can be upgraded into an even bigger and more intimidating model by adding 2 stud shooters, golden blades and a golden rudder. 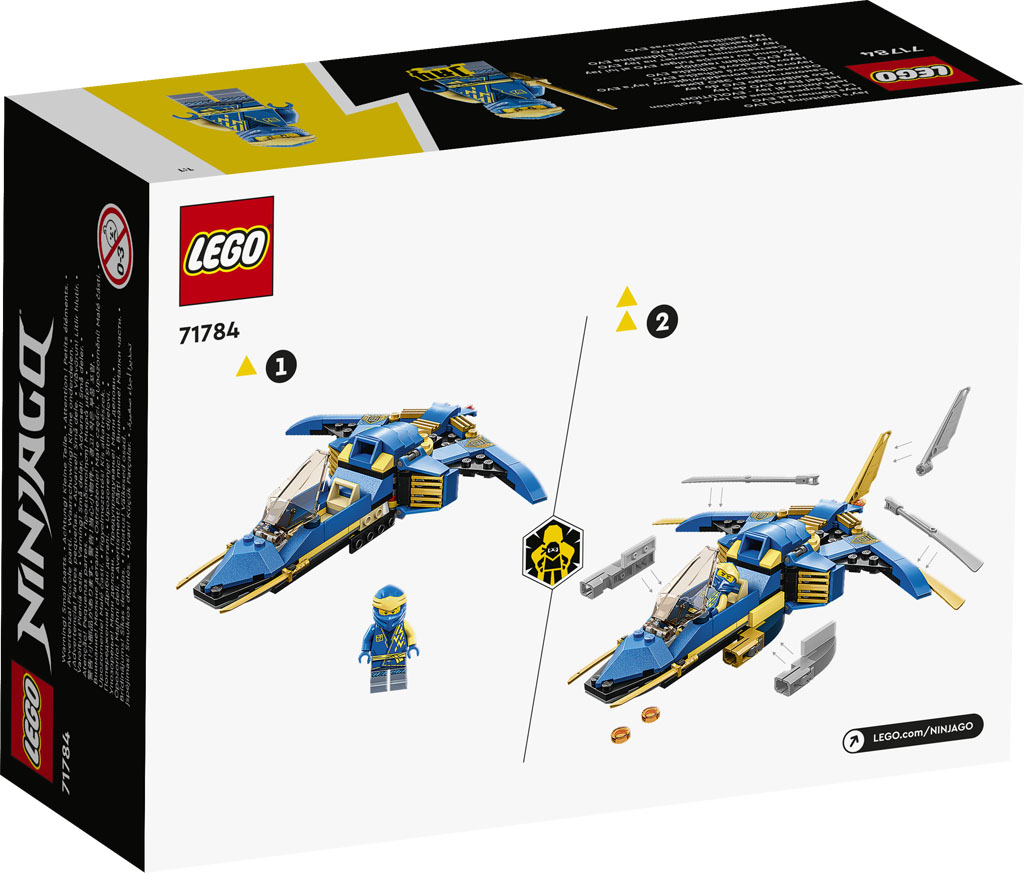 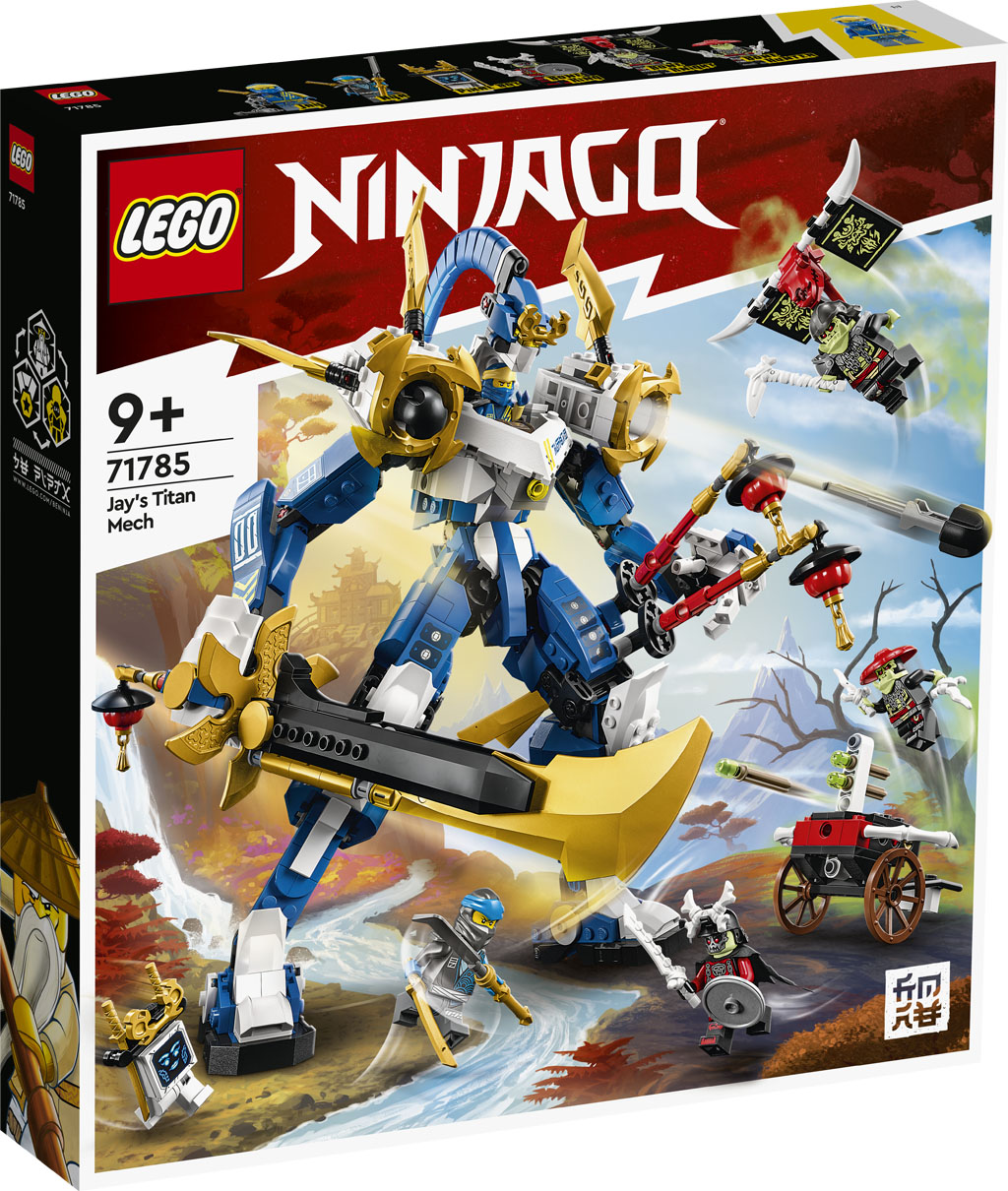 Kids aged 9+ will enjoy playing out nonstop, gripping ninja action with this LEGO® NINJAGO® Jay’s Titan Mech (71785) building set. The posable toy mech features a cockpit on its chest for Jay, a large dragon blade, 2 katana swords and 2 shooters mounted on its shoulders. 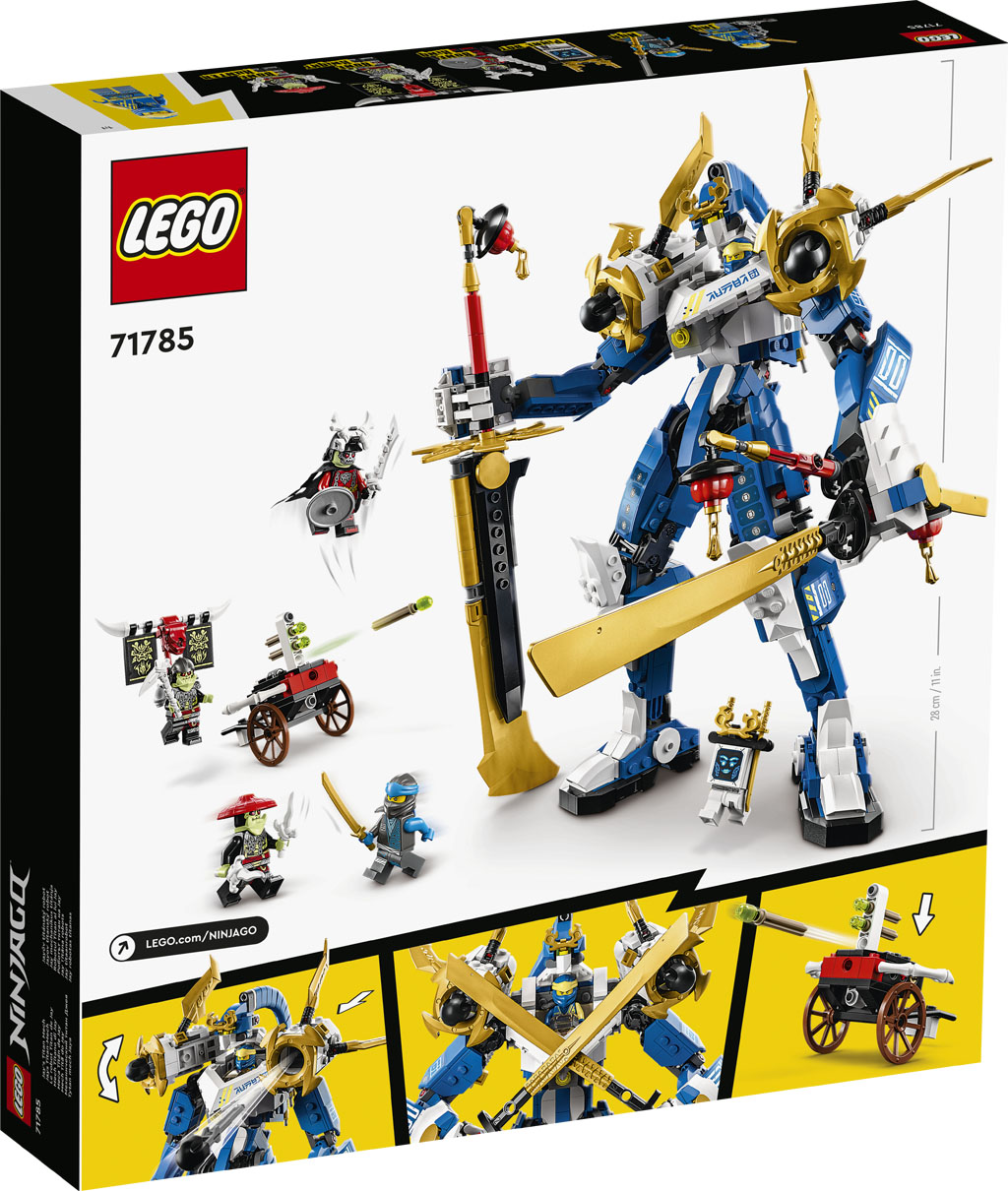 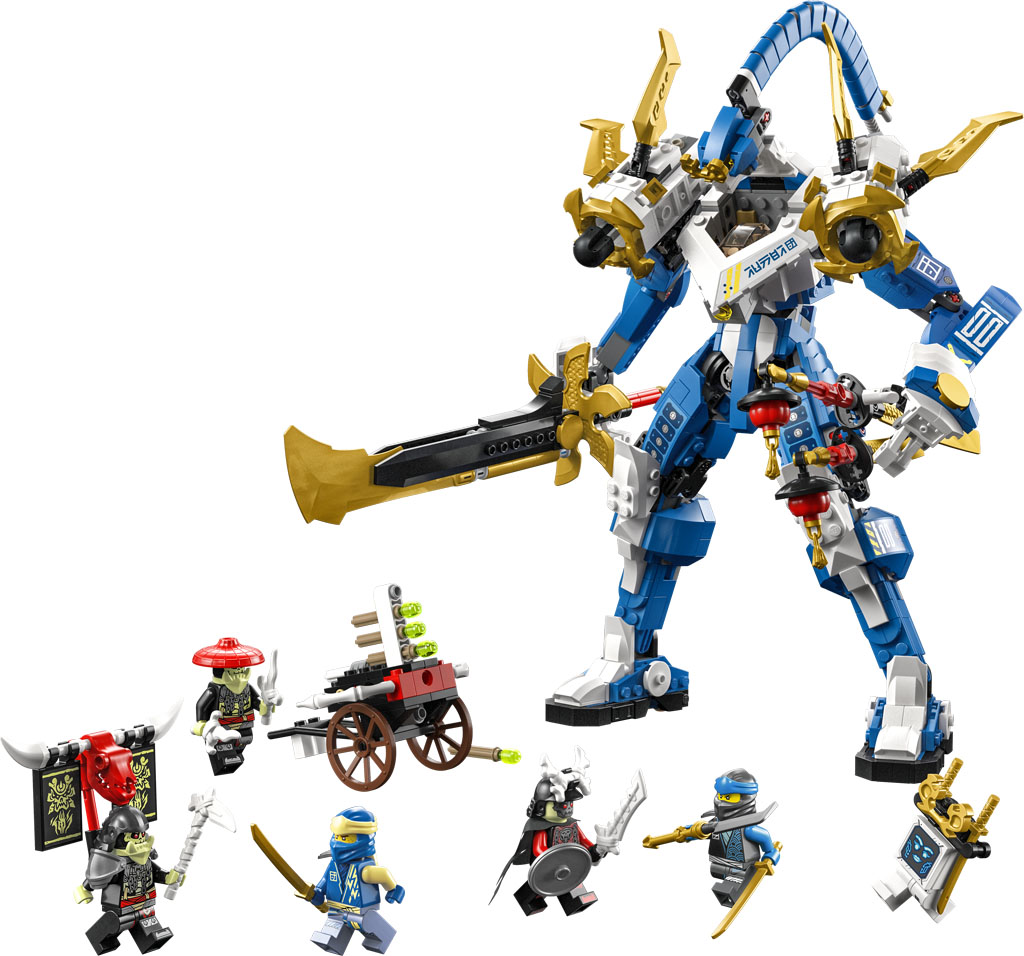 The LEGO® NINJAGO® Zane’s Ice Dragon Creature (71786) playset is packed with everything kids aged 10+ need to enjoy role play with their ninja heroes. This 2-in-1 NINJAGO model can be built into a posable ice dragon with 6 legs, a long tail, horns and wings with golden blades and then rebuilt into a posable dragon warrior standing on 2 legs and holding a large golden blade. 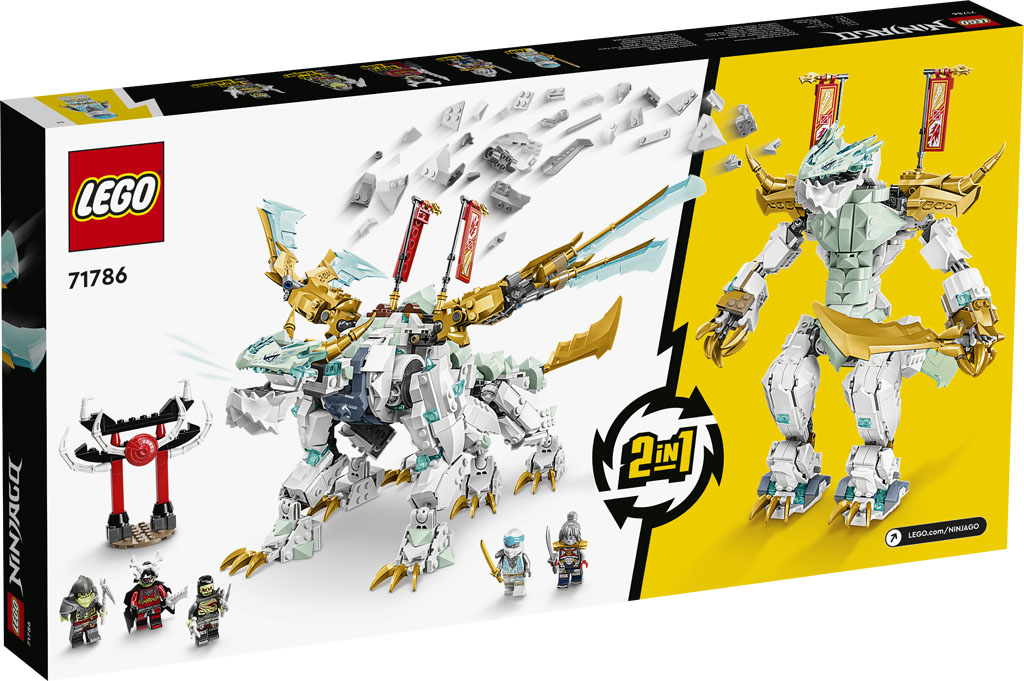 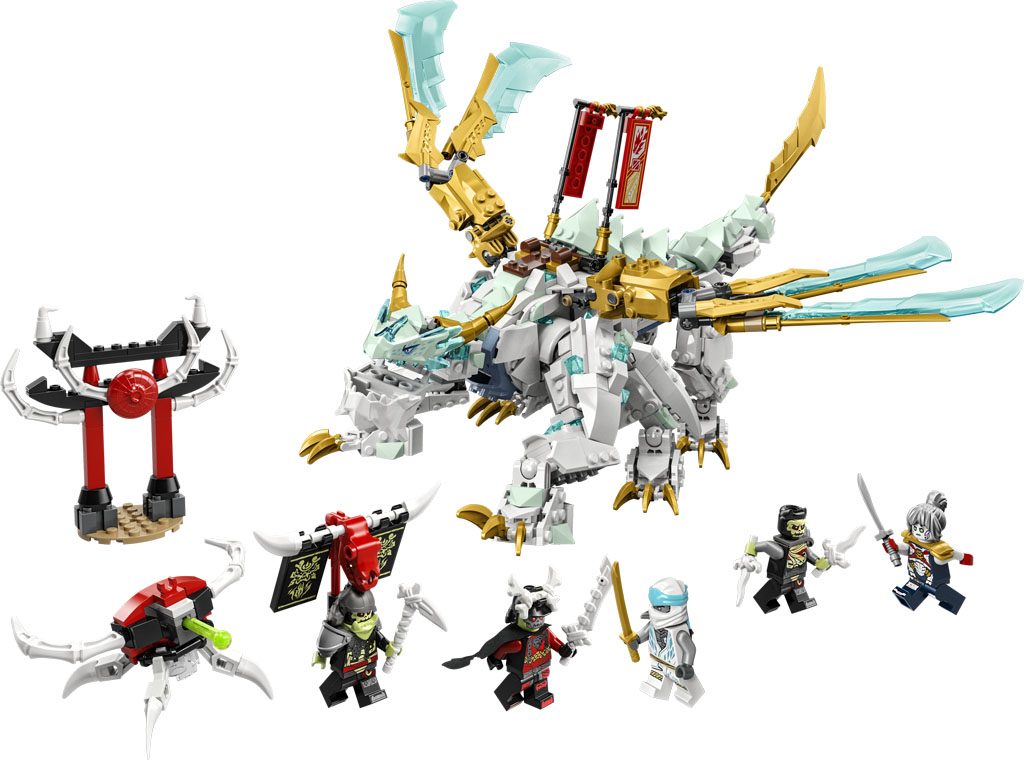 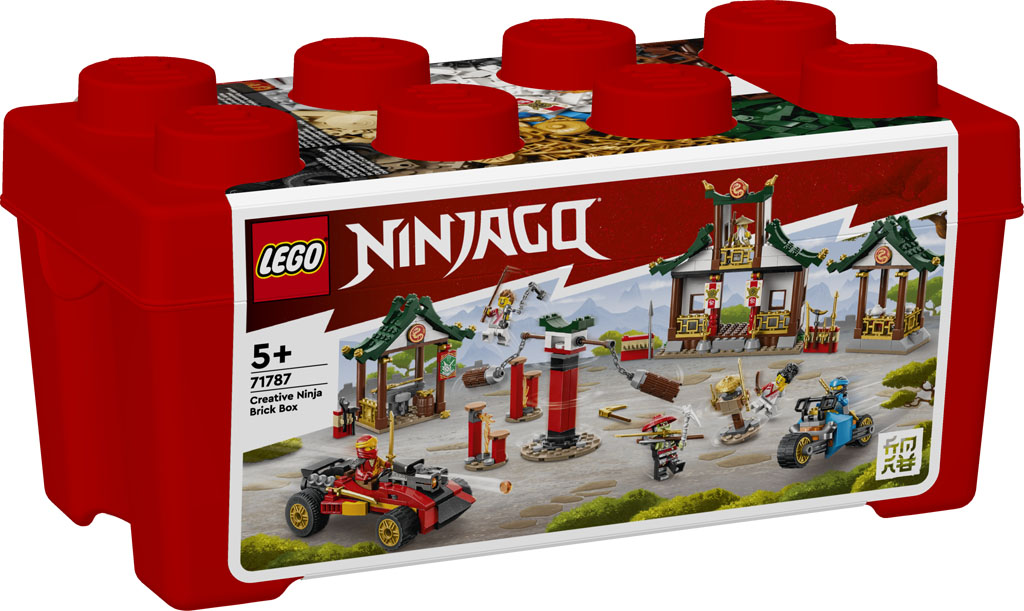 This LEGO® NINJAGO® Creative Ninja Brick Box (71787) comes with everything ninja fans aged 5+ need to train up their heroes and enjoy endless hours of action. The building set features 3 buildings, an obstacle course with 3 interactive stations, an armory packed with weapons, a ninja car and a ninja motorbike. 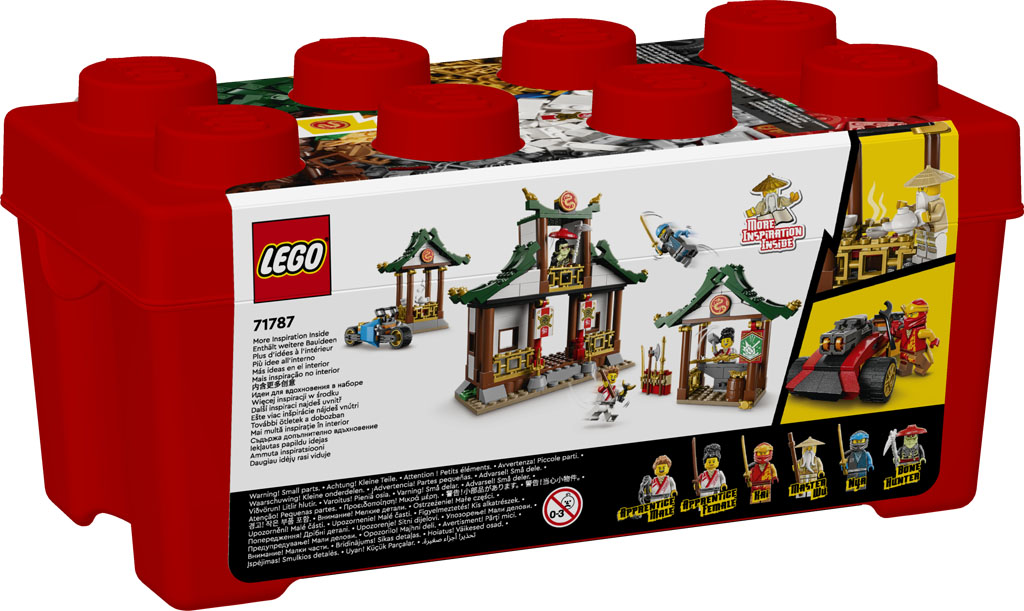 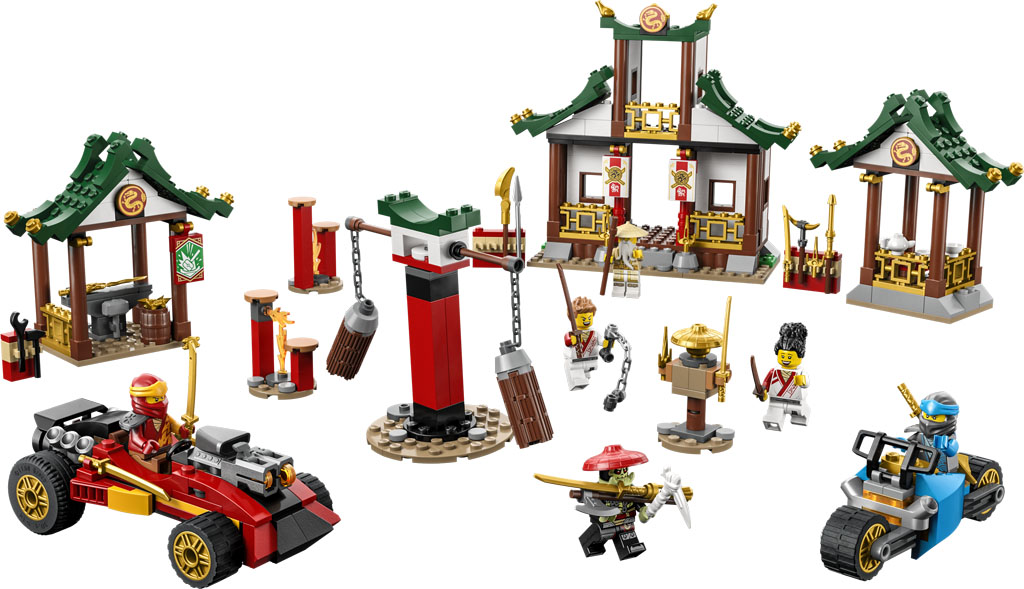