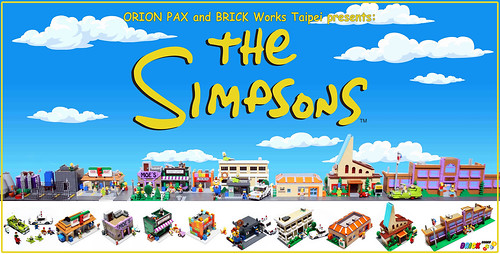 Alex Jones (Orion Pax), whom we featured here many times before, is back with some more cool stuff that he has created. Known for his impressive LEGO models, Alex earlier today upload to his website 10 different LEGO diorama based on The Simpsons: Tapped Out video game which also includes The Simpsons Collectible Minifigures. They will be on display in a BRICK Works store in Taipei, Taiwan starting in July. For those who aren’t able to see the diorama in person, you can check out the images of the builds below.