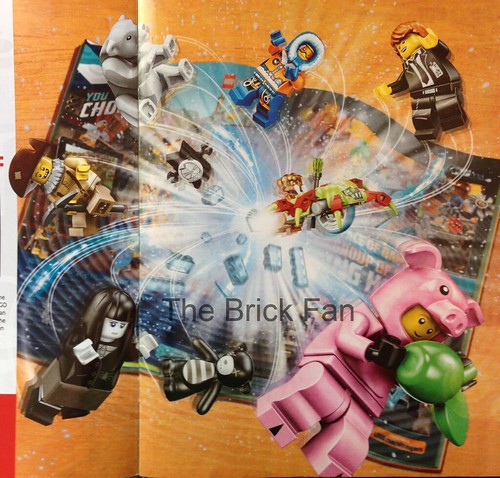 A reader and fan of the site has informed us that the new July/August 2014 LEGO Club Magazine has images of three more characters from the Series 12 LEGO Collectible Minifigures (71007) series. We can clear images of the Piggy Guy, Spooky Girl, and the Prospector in the foreground. It looks like the Piggy Guy will have an apple as an accessory. The Spooky Girl looks like she wears a skirt piece and has a black teddy bear. The Prospector has a pickaxe and has a cool looking hat.

As we reported before, the Series 12 minifigures will be available in October and they will go for $3.99 each. Thank you to Keith for the heads up on this very cool news piece.