LEGO has published a video for the Ultimate Collector Series R2-D2 (10225). It has a release date of May 2012 so look for it in stores and online. My first impression for the set is “OMG, got to have!!” It looks like the same R2-D2 figure seen in the Town Hall video a month ago. There’s no word on the price and piece count of the set as of this post. Below is the description given for the set. 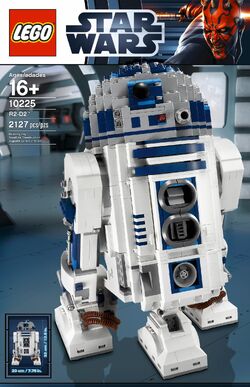 At the end of Star Wars Episode III: Revenge of the Sith, we see Emperor Palpatine arrive to Mustafar in a Theta-class T-2c shuttle after Anakin is defeated by Obi Wan Kenobi. Anakin is subsequently taken by the shuttle to Coruscant for his transformation to Darth Vader. The shuttle is represented in set 8096, Emperor Palpatine’s Shuttle. It was released in July 2010 and has 592 pieces. It retails for $59.99 which comes out to about $0.10/piece which is great. 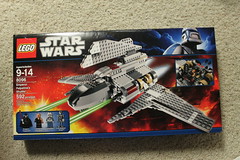 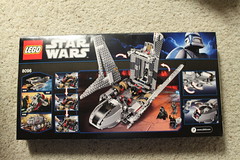 One of newer LEGO Star Wars sets that was released in early 2012 was the Droid Escape (9490). It recreates the scene from Episode IV: A New Hope where C-3PO and R2-D2 escape the Tantive IV and land in Tatooine. The set contains 137 pieces and retails for $19.99. 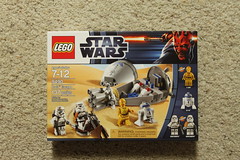 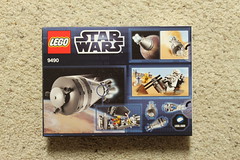 One of the coolest minifigures I’ve seen in the LEGO Star Wars universe were the Mandalorians Jango and Boba Fett. In January 2011, LEGO released the Mandalorian Battle Pack (7914) which consists of four troopers. The set contains 68 pieces and retails for $12.99 a whopping $0.19/piece. 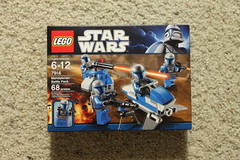 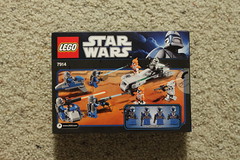 Toys”R”Us has released pictures and decriptions for the new LEGO Marvel Super Heroes sets. They are available for pre-order today and have the estimated ship date of 4/10/2012. My first impressions of the set are that they look pretty good. I’m not sure about Iron Man’s helmet though. It looks a little too big and disproportional to the body. The other figures look great though.

**Update 3/27/12** Apparently, Toys”R”Us has removed all the pre-order links for all the sets except for Wolverine’s Chopper Showdown. I’m not sure when those links will be live again.

**Update 3/31/12** From what I’m reading, it looks like some of the sets are hitting stores already. Sets should be available beginning April 8. Be on the lookout for early releases.

One of the most memorable ships in the Star Wars Universe is the Slave I and in July 2010, LEGO released set 8097 for all the collectors. The Slave I set celebrates the 30th Anniversary of Star Wars Episode V: The Empire Strikes Back. It contains 573 pieces and includes three minifigures. The set retails for $79.99 which is around $0.14/piece. 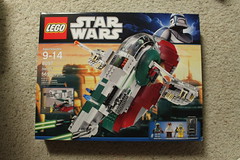 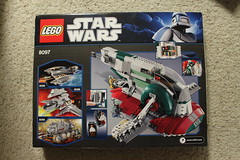 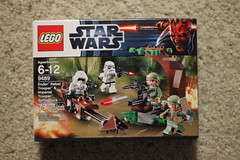 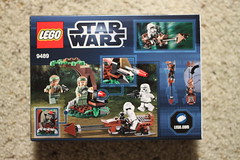