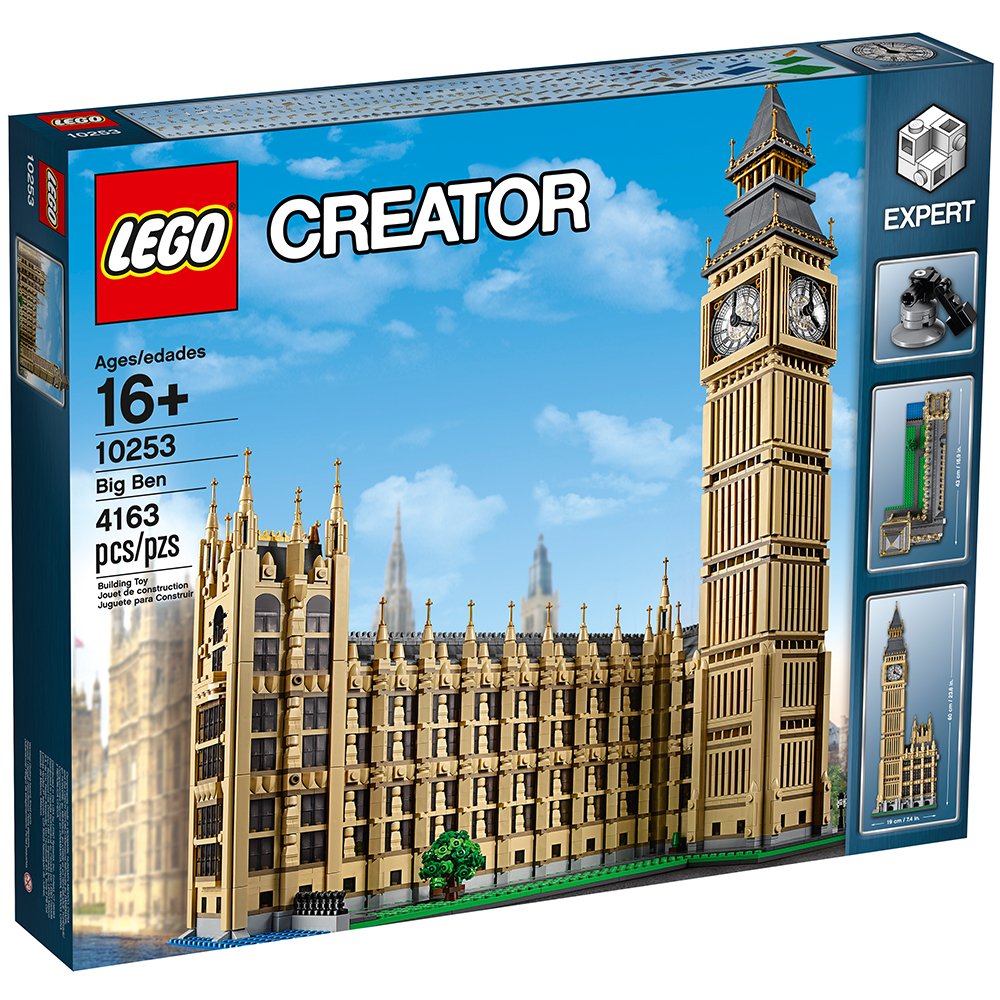 Amazon has put another LEGO set on a decent discount with the LEGO Creator Big Ben (10253). They have lowered the price to $199.99 which is 20% off the normal retail price of $249.99. You may opt to go with the early Brick Friday 2018 promotions which start in a few hours on LEGO [email protected] but if you’re not a VIP member, this is the best deal you can get on this set at this time.

is now available for purchase for VIP members on [email protected] and LEGO Brand Stores. It consists of 4,163 pieces and retails for $299.99. If you are purchasing online, please use our links as it does help support the site.

Get up close to Big Ben! The clock was first started on May 31st 1859, and Big Ben’s first chime rang from the 96-meter Elizabeth Tower on July 11th of the same year. This over 23” (60cm) high LEGO® interpretation of the iconic structure is a tribute to its engineering and architecture. It features a detailed facade with statues, shields and windows, and a clock tower with 4 adjustable clock dials and a removable roof allowing access to the belfry, plus buildable exterior elements including a sidewalk, lawn and a tree depicting the building’s location. This model makes a great display piece for the home or office.
• Big Ben features a detailed section of the Westminster Palace and the adjoining Elizabeth Tower, 4 detailed clock dials with movable hour and minutes hands, and a sidewalk, tree and grass area depicting the building’s location.
• Remove the top of the tower to access the Big Ben bell.
• Put your LEGO® building skills to the test!
• Special elements include 4

LEGO has officially announced the next direct-to-consumer set with the next landmark-type set with the LEGO Creator Big Ben (10253). Some of you may already saw this leaked out yesterday ahead of the embargo which was very disappointing for those who decided to follow the rules.

Anyways, Big Ben consists of 4,163 pieces and will retail for $249.99 which is a heck of a deal considering how many pieces it has compared to the price. Big Ben will become the 5th largest set that LEGO has produced and the second set this year to make that list with the Ghostbusters Firehouse (75827) being released earlier this year. It is on scale with the Tower Bridge (10214) so if you have that set, you can display it next to each other.

LEGO VIPs will have early access to the set starting on June 15 and to the general public on July 1. Check out the press release and more high-quality images below.

Get up close to Big Ben! The clock was first started on May 31st 1859, and Big Ben’s first chime rang from the 96-meter Elizabeth Tower on July 11th of the same year. This over 23” (60cm) high LEGO® interpretation of the iconic structure is a tribute to its engineering and architecture. It features a detailed