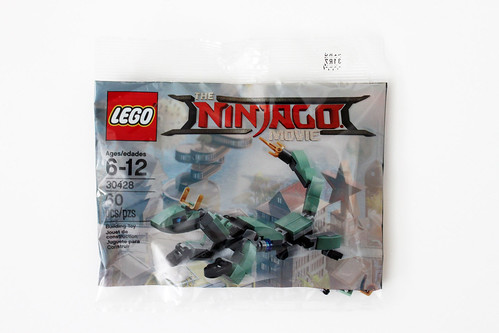 From September 4-21, LEGO will be having a The LEGO Ninjago Movie promotion in which you can get a free Mini Green Ninja Mech Dragon (30428) polybag with a purchase of $35 or more. I got the 60 piece polybag during TLNM panel at San Diego Comic Con 2017 but I was holding off on reviewing it until I got another one since that one is kind of exclusive with the labels on the polybag. 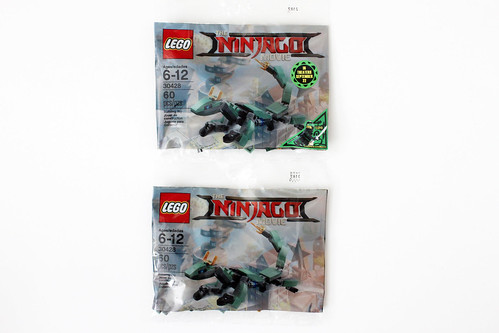 The build is pretty straight-forward and it uses a lot of the smaller ball joint pieces for the head, body, legs, and tail. The dragon itself is smaller than your standard minifigure but it is long. Like with its larger counterpart, it can be displayed in a number of poses due to it having the ball joint pieces. Some interesting parts useage include a pearl-gold bucket handle for the horns and a sai for the tip of the tail. 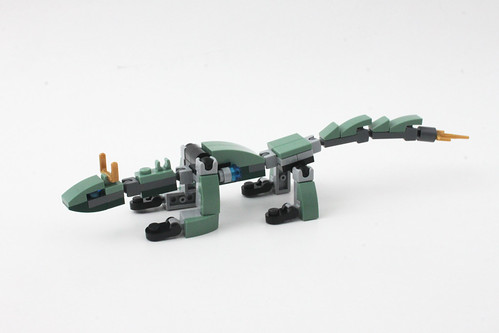 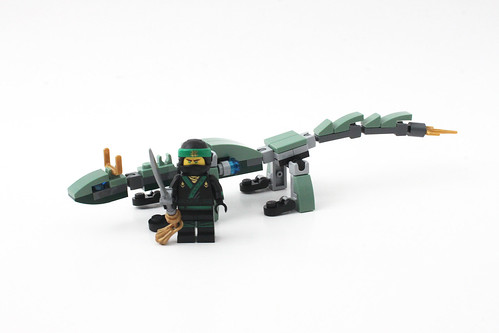 There are some things that look kind of off as well. First is the blue eyes. In the larger version, the eyes are actually green. Another thing that bugs me a little more are the feet. I wished that LEGO would have used the modified 1×1 tooth piece instead since it would’ve worked better. 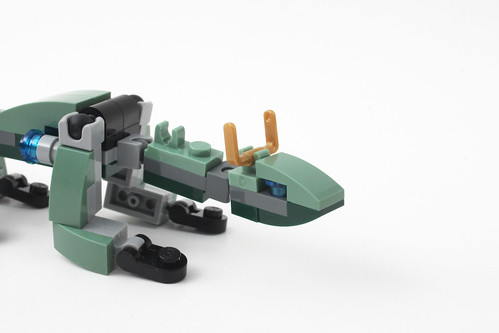 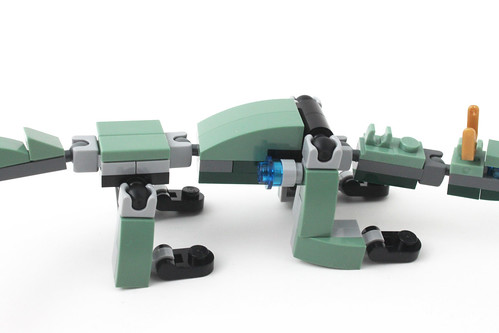 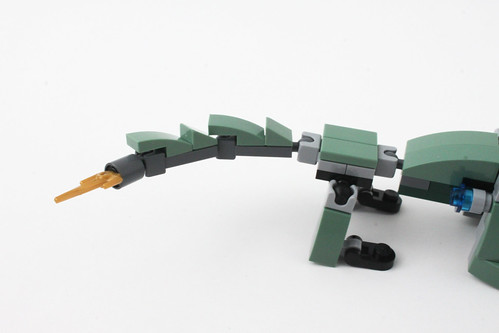 Overall, The LEGO Ninjago Movie Mini Green Ninja Mech Dragon (30428) polybag isn’t the most glamorous polybag out there but it’s a decent one and fairly easy to obtain. Again, it will be available for a majority of September with a $35 purchase. 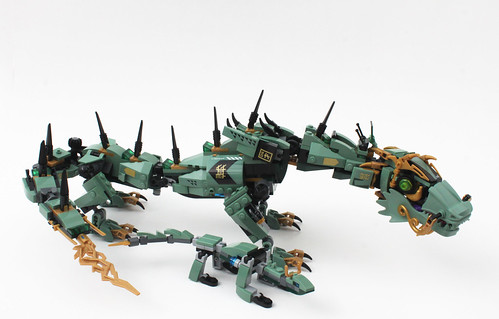 Thank you to LEGO Affiliate … Continue