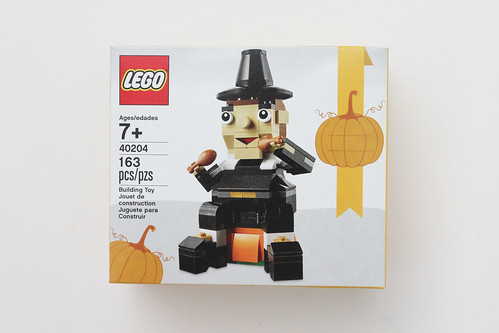 Thanksgiving is only a week away and to celebrate the holiday, LEGO has released the LEGO Seasonal Pilgrim’s Feast (40204)

. The set contains 163 pieces and normally retails for $9.99 but you can get it for half off on [email protected] and at the LEGO Store. The contents of the box include three un-numbered bags and the instructions. 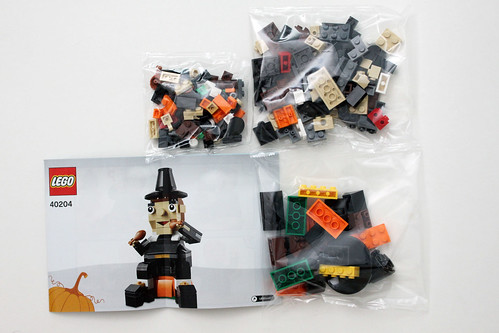 The build is pretty simple and like the set names states, it features a chubby pilgrim stuffing his face with some turkey while sitting on a a pumpkin. The legs are are hinges so they can be separated depending on what sitting position you want him at. The arms are on ball joints and they have a wide range of motion while each hand is holding a turkey drumstick. The head does not move and to me, he has a derpy expression. Some may say he looks creepy but I think it looks fine. One thing to note that the nose uses a 1×1 round tile in tan which is pretty rare since it is only available in two other 2016 sets. 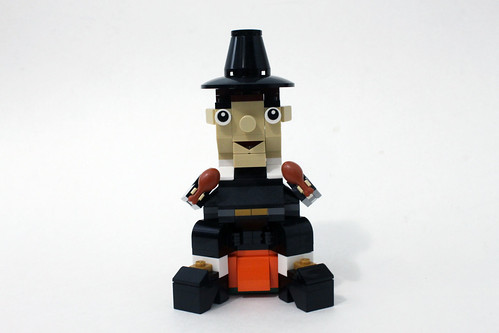 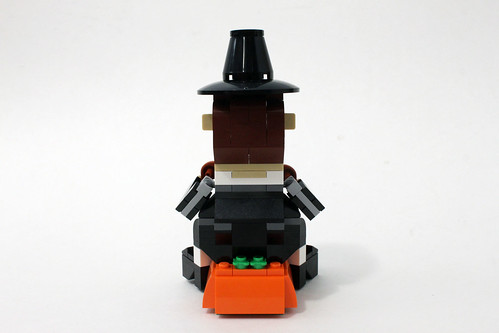 is one of the better Seasonal sets that LEGO has released this year. Combine that with the lower price the set goes for now, it’s a good one to pick up. 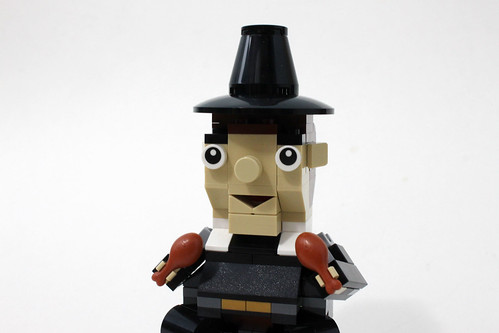 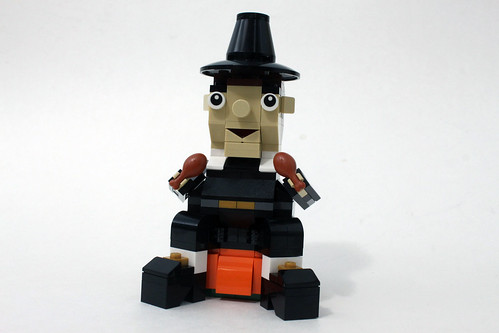 A short while ago, Jason over at BrickVibe sent over an image of the upcoming LEGO Seasonal Thanksgiving Pilgrim (40204) set which comes on the back of the booklet of the Halloween Vampire (40203) set. There’s no official name for the set yet but as you can see above, you have a fairly chubby pilgrim munching on a couple of drumsticks, possibly of the turkey variety. If history repeats itself, the Pilgram (40204) will be available starting in October and will retail for $9.99.