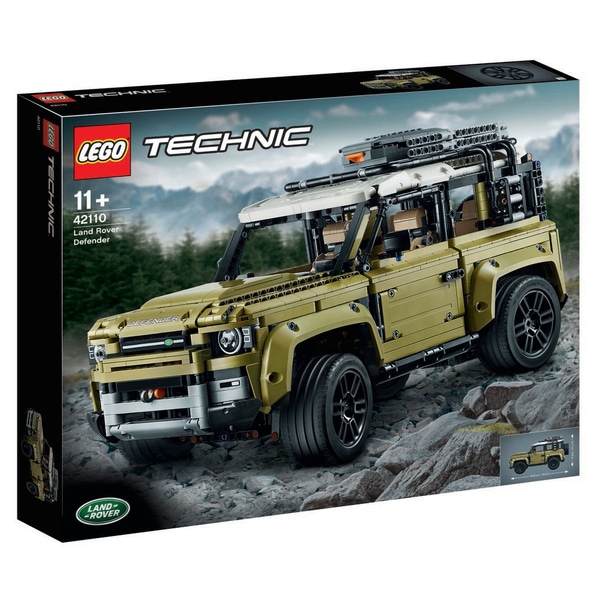 A few days ago, I reported on a few new summer 2019 LEGO Technic sets and it looks like there’s another one that has been revealed over at Smyths Toys. Priced at £159.99 and coming in at 2,573 pieces, we now have images of the LEGO Technic Land Rover Defender (42110). Some of the features of the set include a 4 speed sequential gearbox, all-wheel drive with three differentials, and independent suspension.

This collectible model of the Land Rover Defender really captures the vehicle’s level of refinement with its clean, modern lines and sculpted surfaces, making it a great display piece for the home or office. Developed in partnership with Land Rover, this building toy has working steering, 4-speed sequential gearbox, All Wheel Drive with 3 differentials, independent suspension, detailed in-line 6-cylinder engine and a working winch.