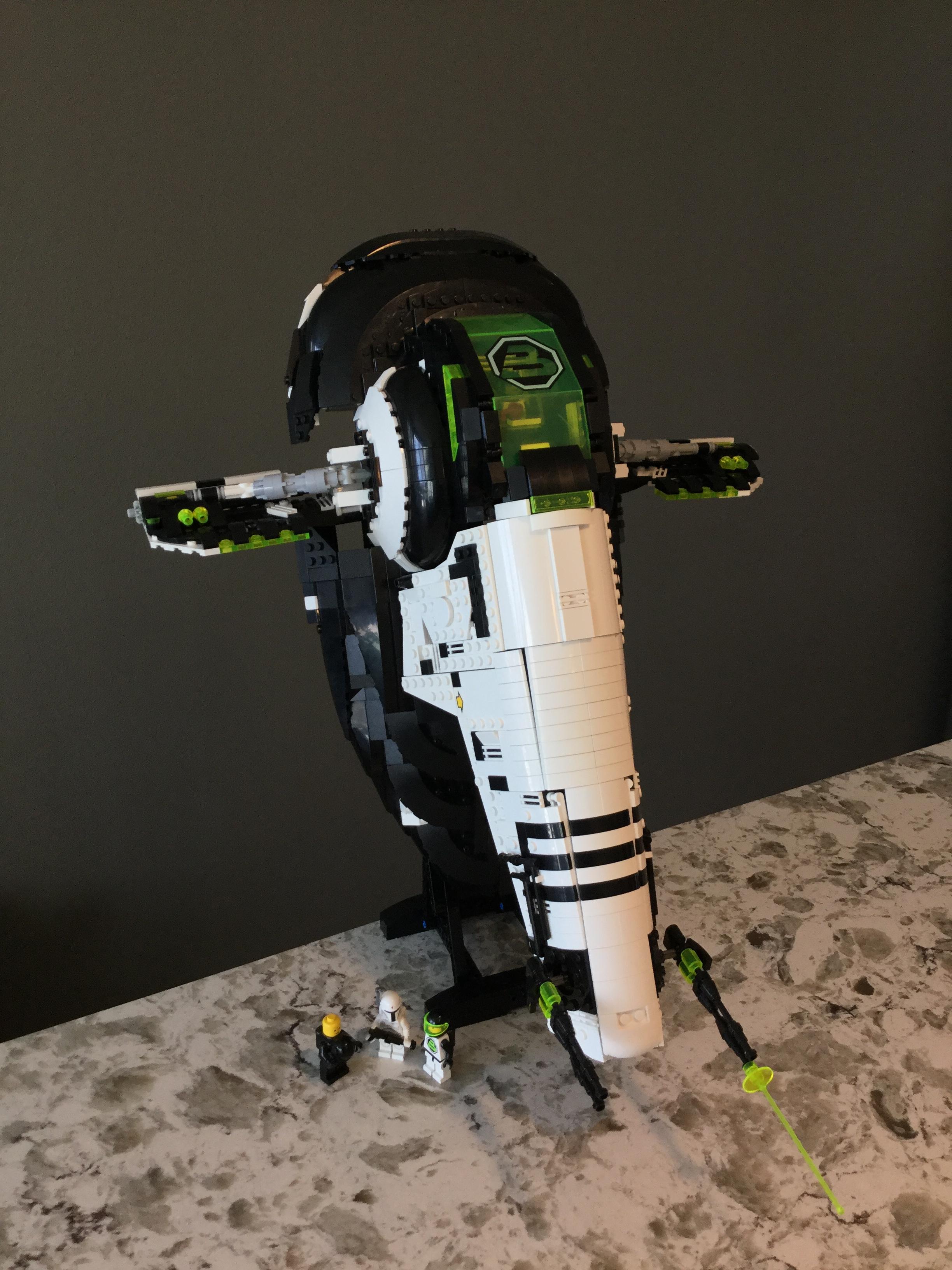 The LEGO Star Wars UCS Slave I (75060) has inspired many color swaps of the ship from Jango Fett to the White Prototype Boba Fett. One build that I came across on Reddit by Alg3braic is a LEGO Blacktron II inspired Slave One and I was drawn to it because I’m very partial to the Blacktron theme from the late 80s to the early 90s.

The build uses mostly the design of the official UCS Slave I but there’s also some customization to it especially the canopy area which took some ingenuity to implement the Blacktron canopy piece. Check out more images of the set in the link above. 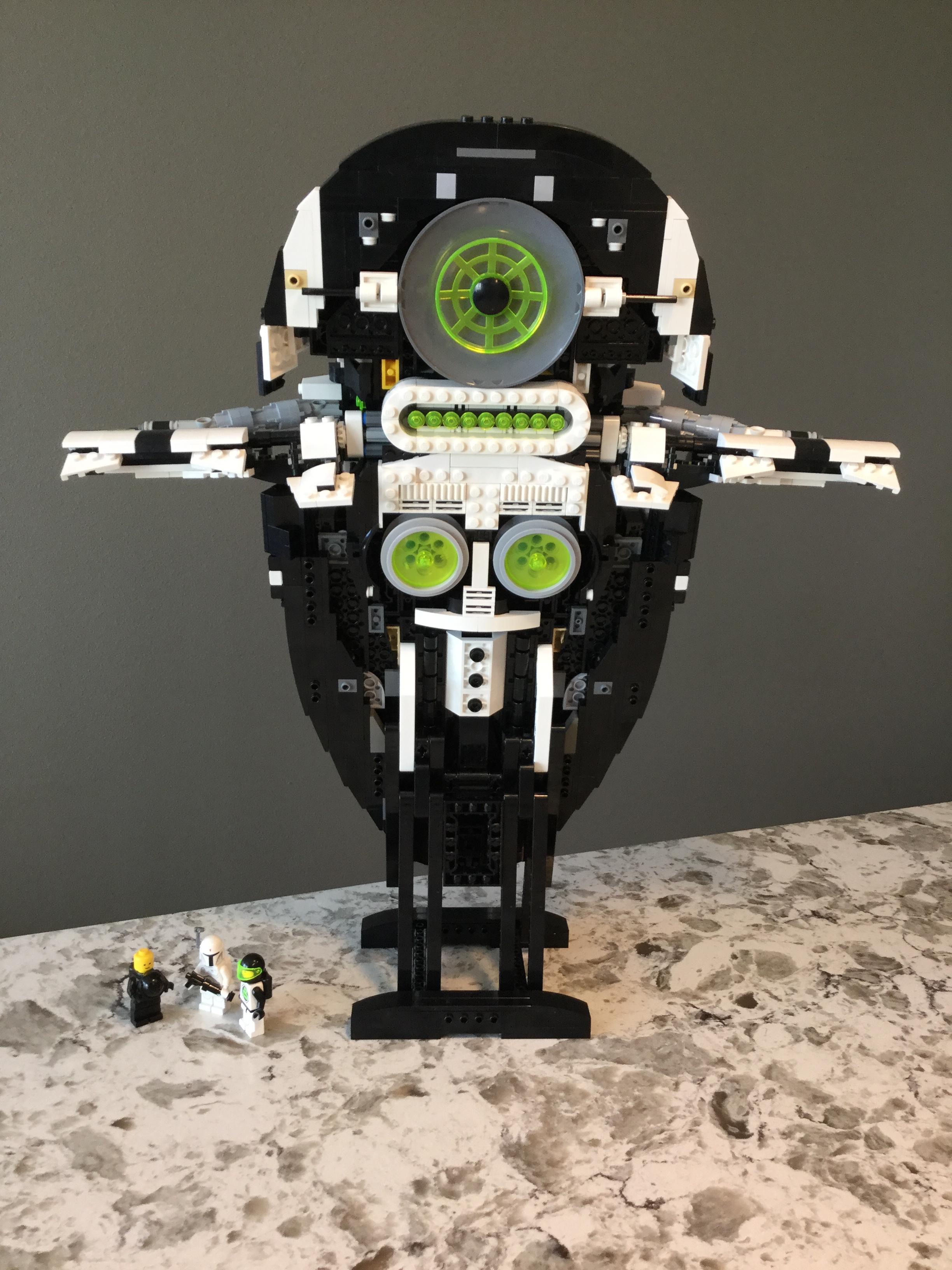 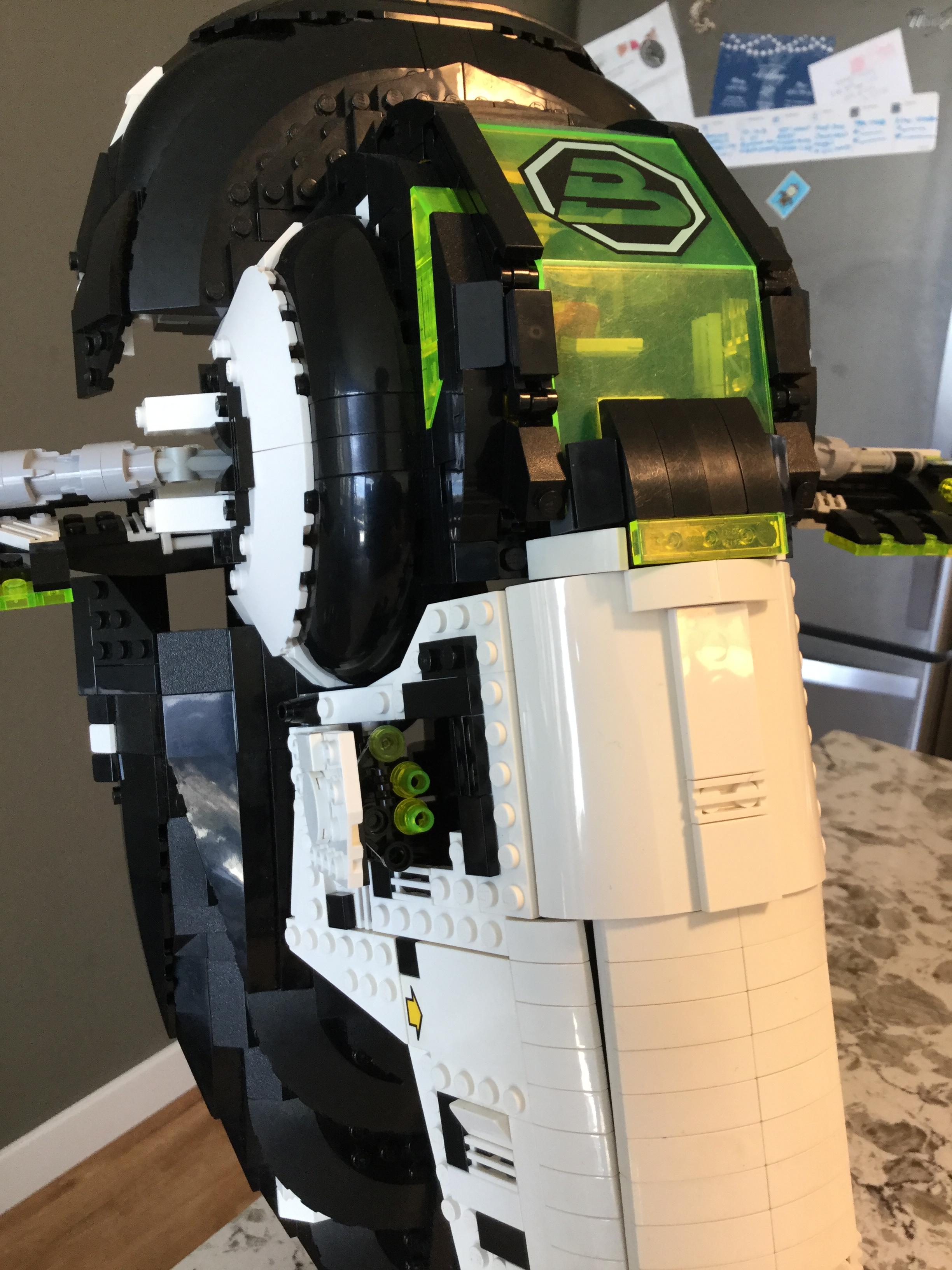 During one of the biggest LEGO events of the year at BrickCon 2014 in Seattle, LEGO has officially announced the latest LEGO Star Wars Ultimate Collector Series set, the Slave I (75060). We first saw a few images of the set last month but we now have more high resolution images of the Slave I. The set consists of 1996 pieces and will be available in January 2015 for $199.99. Hopefully, there will be an early access to the set for LEGO VIP members late December, just in time for Christmas. Check out the images, press release, and designer video below.

Lift off for bounty-hunting adventures in the Slave I!
Search the galaxy for fugitives with Boba Fett and his Slave I with rotating cockpit and wings, dual shooters and a display stand.

Track down fugitives with legendary bounty hunter, Boba Fett aboard the powerful Slave I! This exclusive LEGO® Star Wars model features a rotating cockpit and wings for flight and landing mode, plus dual shooters and hidden blasters to repel attackers. Reenact the capture of Han Solo in Star Wars: Episode V The Empire Strikes Back and take off from Bespin with the carbonite-imprisoned Rebel hero in the cargo hold. Attach the stand to display this iconic ship in characteristic upright flight. Includes 4 minifigures with weapons: Boba Fett, Bespin Guard,