Earlier this month, we got our first look at the upcoming LEGO Marvel Super Heroes Captain Marvel and The Skrull Attack (76127) and the set has been recently added to LEGO [email protected]. The set has 307 pieces and will retail for $29.99 and will be available at the beginning of 2019. As the set description say, the build is indeed an early version of the Quinjet that is able to shoot four missiles at the same time.

Team up with Captain Marvel and Nick Fury to save Goose the cat from Talos in LEGO® Marvel 76127 Captain Marvel and The Skrull Attack. This action-packed construction toy features Nick Fury’s Quinjet with an opening dual minifigure cockpit, adjustable wings, 2 flick-missile shooters that each shoot 4 missiles at once, and an opening rear compartment with space for Goose. This popular toy building set for kids includes 3 minifigures with weapons to recreate exciting scenes from the Captain Marvel movie and for endless imaginative play. Hopefully there’s another set with Carol Danvers in her Kree outfit. 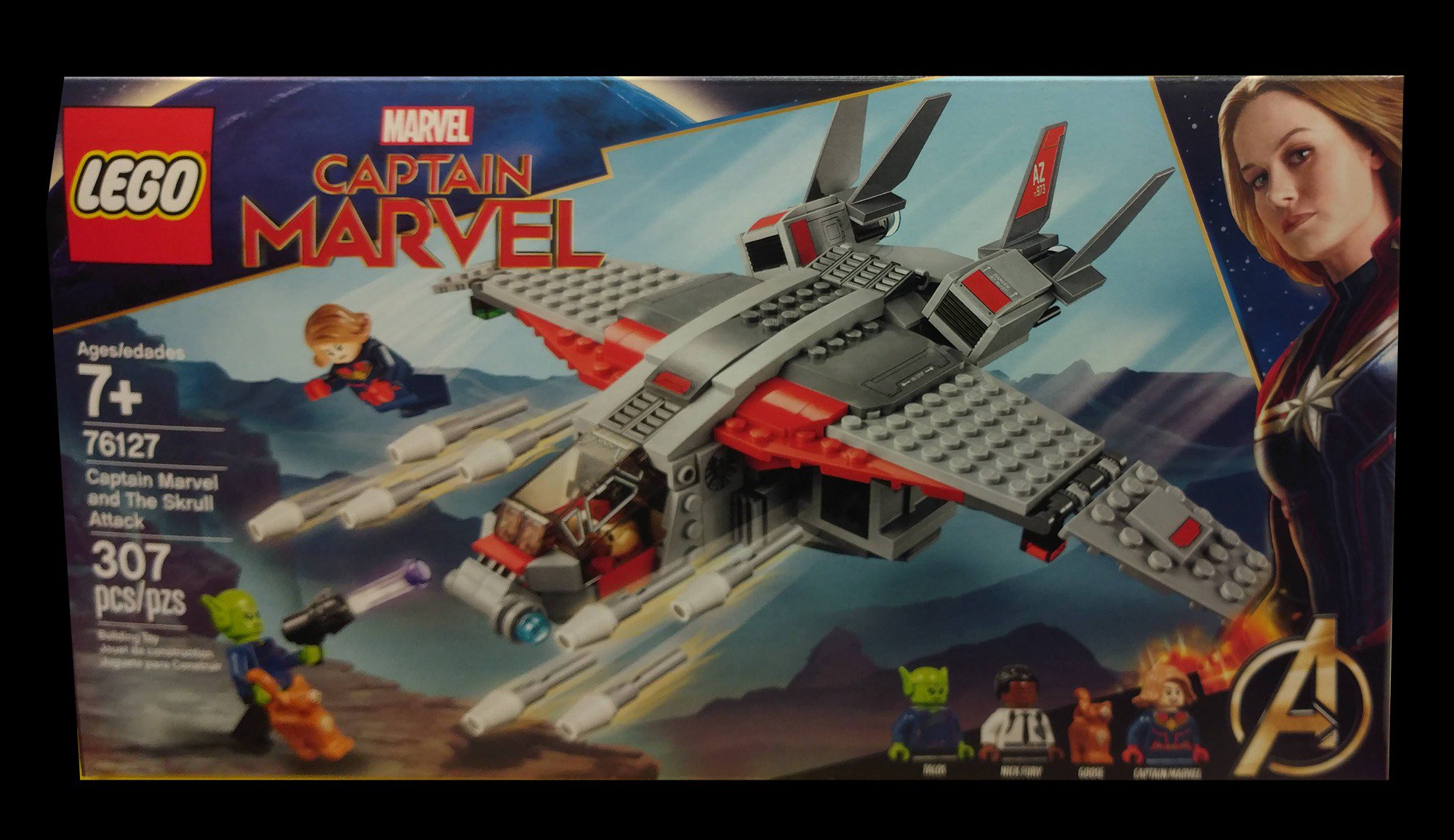 Captain Marvel comes to theaters on March 8, 2019 but the folks in Canada can already find one of the sets on store shelves. According to multiple sources, Toys R Us Canada has already put the LEGO Marvel Captain Marvel and the Skrull Attack (76127) on the sales floor. The set consists of 307 pieces and it includes minifigures of Talos, Nick Fury, Goose, and Captain Marvel. The sets will most likely be available starting January here in the US. No word on the pricing yet but looking at the piece count, it could be $29.99 or $34.99.