This year marks the 75th Anniversary of DC Comics’ Batman to mark the event, AFOL conventions in 2014 will have the opportunity to have a contest to pick the best Batman-themed MOC at that show. At Philly Brick Fest, I saw Sam Gras’ 1966 Batmobile displayed at the show and it won the Rocky in the Best Celebration of Batman! Contest. 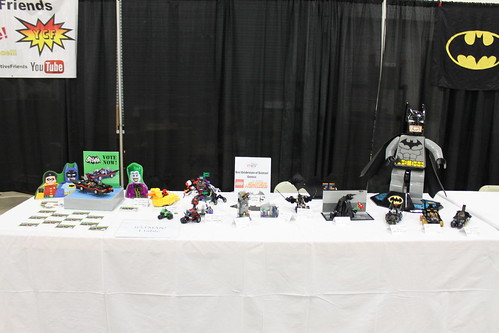 The MOC has also been submitted to LEGO Ideas and has garnered over 1500 supporters already. It’s a very good representation of the Batmobile from the 1966 TV series starring Adam West & Burt Ward. Below are some facts of the project:

– Includes 3 mini-figures with assorted weapons: Batman, Robin, and The Joker

and the Ghostbusters Ecto-1, it would be cool to add another car to the list. Head over to LEGO Ideas and show your support.

The Brick Fan is a participant in the Amazon Services LLC Associates Program, an