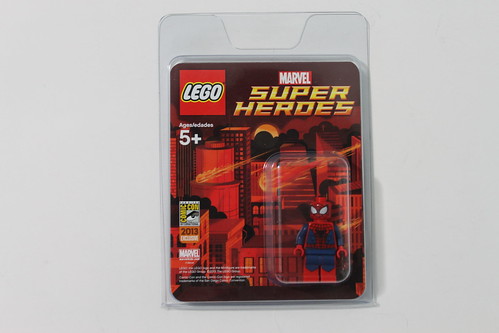 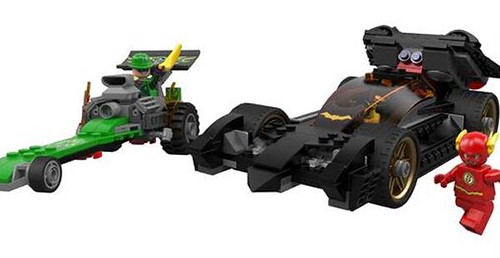 USA Today has revealed the set that a new LEGO Super Heroes DC Universe set will be unveiled at the 2013 San Diego Comic Con, the Batman: The Riddler Chase. The set will contain 304 pieces and retail for $29.99 and is slated for a January 2014 release. It will feature three minifigures: Batman, the Riddler, and the long awaited Flash minifigure. The vehicles that are in the set are a Batmobile and a green drag racer for the Riddler. LEGO fans will be happy to see that the Flash minifigure will make his first appearance in a Super Heroes set and are that much closer to completing the Justice League.

Update: Some eagle eyes on Brickset and Eurobricks noticed that the Bat symbol on the Batmobile looks a lot like Batgirl’s symbol. Also, if you look closely at the minifigure sitting in the vehicle, it has a lot of yellow which looks similar to Batgirl’s cape. We will soon know what minifigure is in the Batmobile in the next few days.

We partner with Rakuten Advertising, who may