A week ago, LEGO announced that the upcoming LEGO Technic Bell Boeing V-22 Osprey (42113) will be cancelled for release due to it featuring a military vehicle even though this version was a search and rescue plane. A few lucky individuals were able to get one from their local shop and it may seem that there could be another reason why it was cancelled. A user over on Reddit showed a few images of their set and explained that some of the gear pieces became damaged with extended use. As you can see from the image below, the teeth on the gears are all bent compared to the undamaged part. Coincidentally, Huw over on Brickset released his review of the set today and the same issue was with his copy as well.

Connecting the dots, it may seem that there was more in play for the Osprey cancellation other than the reasons stated in the official comment. If it was due to a faulty part, it would make sense to cancel everything and release at another time when the issue is fixed. LEGO said that they will be making another formal statement soon so we’ll see what is actually going on. 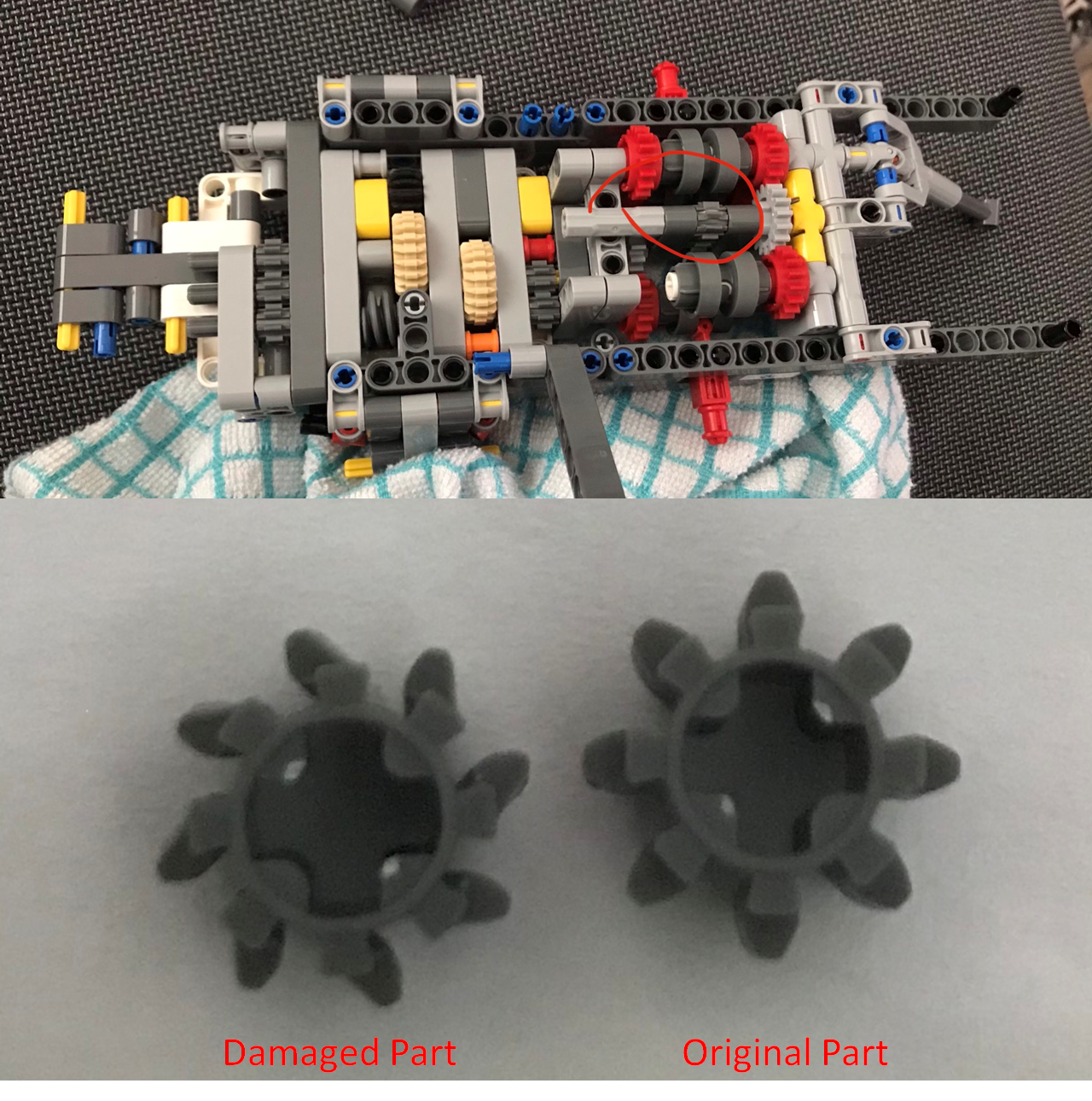 The Brick Fan is a participant in the Amazon Services LLC Associates Program, an affiliate advertising program designed to provide a means