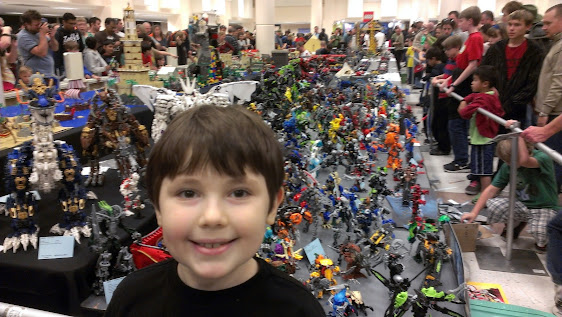 As LEGO fans, we like to help out the community if we can. This past weekend, BrickCon 2012 was going on in Seattle. With some luck, I managed to receive some tickets to go to the event but something came up at the last moment and I couldn’t go. As a result, I was stuck with a pair of tickets that I couldn’t use. I had to find a way to make them not go to waste.

As a member of Chris Pirillo’s Gnomies community, I knew that he lives in Seattle so I reached out to him to see if he or someone he knew could use the tickets. Chris already had his tickets, but fortunately he knew someone who could use them. Oleg Moskalensky was the person that we thought would be the best choice. Oleg has a son who’s been though a lot the past few weeks and he thought BrickCon would be a great way to cheer him up. To Oleg’s surprise, he received the pair of tickets and today, Oleg and his son went to one of the biggest LEGO conventions in the West Coast. To see the pictures Oleg took with his son at BrickCon, head over to his Google+ page.

In the end, it certainly feels good to help someone put a smile on a child’s face. I hope to get out to my first BrickCon some day, but in my opinion, this was way better than me going this year.