It looks like today is the start of some big news regarding LEGO Star Wars: The Force Awakens sets. During the Star Wars Global Toy Unboxing event, the first set has officially announced by Disney/Lucasfilm in Seoul, South Korea, Poe’s X-Wing Fighter (75102). Many of you have been probably already seen it but this is the first time that we’re able to actually show images of the set. You can watch the unveiling of the set at the Global Unboxing event over on YouTube. Check out the press release below.

75102 – Poe’s X-Wing Fighter™
Battle the forces of the First Order with Poe’s X-Wing Fighter. This customized starfighter is packed with features, like the 4 spring-loaded shooters, 2 stud shooters, retractable landing gear, opening wings, opening cockpit with space for a minifigure and space behind for the BB-8 Astromech Droid. There’s even a loader with tool rack, extra ammunition, and a seat for a minifigure. So climb the access ladder, strap in and get ready to recreate your own great scenes from Star Wars: The Force Awakens! Includes 3 minifigures with assorted accessories: Poe Dameron, Resistance ground crew and a Resistance X-Wing Pilot, plus a BB-8 Astromech Droid. $79.99 USD

The Brick Fan is a participant in the Amazon Services LLC Associates Program, an affiliate advertising program designed to provide a 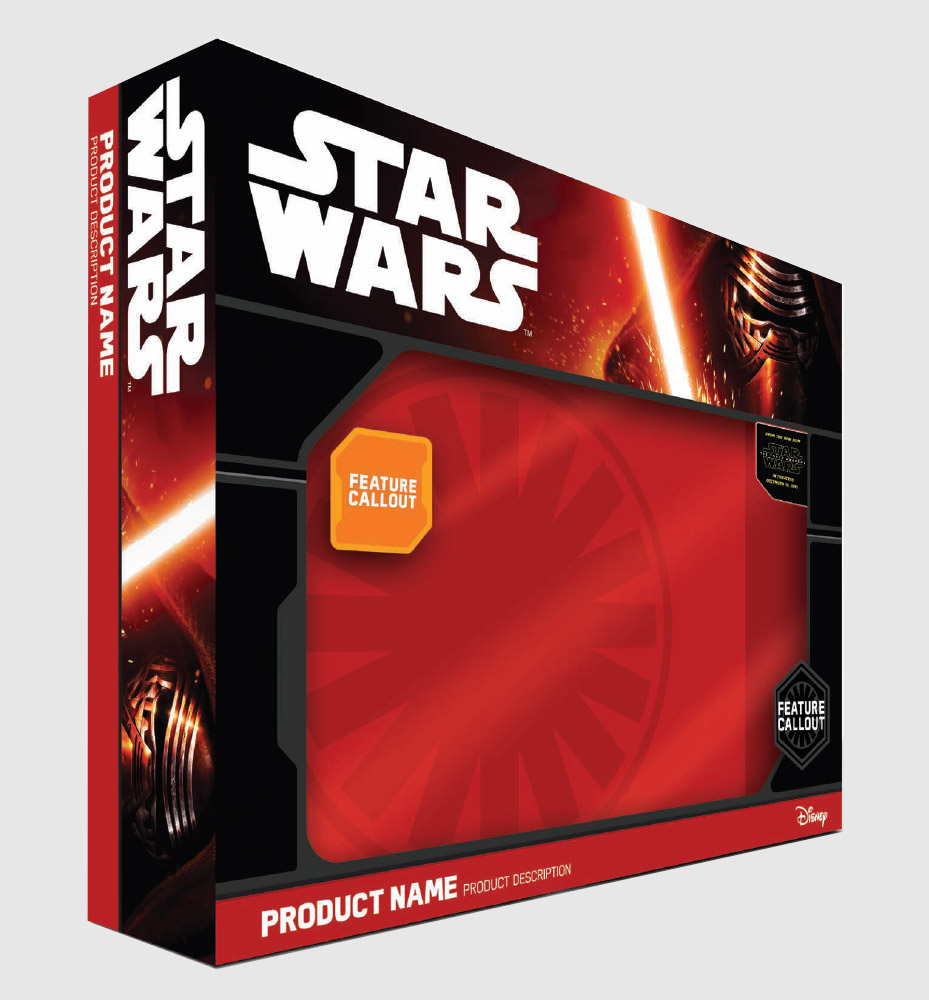 This isn’t technically a LEGO post but StarWars.com has posted an image of the packaging for the Star Wars: The Force Awakens products which shows Kylo Ren on the top right corner. I’m going to guess that The Force Awakens LEGO sets will also feature Kylo on the boxes as well. LEGO has been featuring various characters such as a Clone Troopers, Darth Maul, Yoda, Darth Vader, and a Stormtrooper on the box packaging for the sets for a while now and I assume Kylo will be on the boxes next.

Disney has pretty much kept their products under complete lockdown as we haven’t even seen anything remotely close to a leak so it’ll be even cooler when the products are finally released on September 4 during “Force Friday.” Of course, we already knew of the date when Jedi News reported it back in January. The LEGO Star Wars Constraction Buildable Figures are also set to be released on the same day as well.

We partner with Rakuten Advertising, who may collect personal information when you interact with our site.