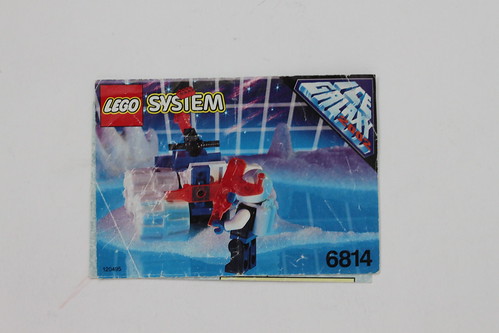 Continuing with our series of our review of the LEGO Space sets, we have the second part of the series, the Ice Planet 2002 Ice Tunnelator (6184). The set contains 25 pieces and retailed for $2.99 back in 1993.

The minifigure included in the set is called the Ice Planet Astronaut. His torso has some printing of what looks to be a breathing apparatus which goes back to the white air tank piece attached to his back. He has the standard minifigure face printing but with some white hair printing as well. The Astronaut wears a white helmet with a trans-orange visor with antenna. His accessories include a chainsaw and a pair of trans-orange skis. 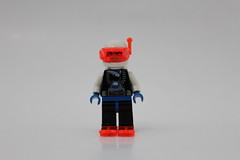 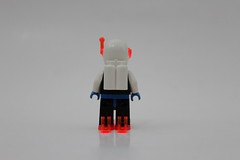 The Ice Tunnelator is a small vehicle with the chainsaw attached to the front. The seat is a 2×3 white bracket which is on a blue 2×6 plate. The skis are able to attach to the back of the seat. The Tunnelator rolls on some large white wheels. 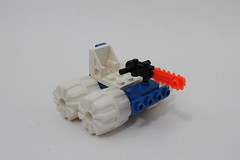 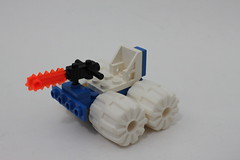 Overall, the Ice Tunnelator is a neat set. It’s very simple but it works. I really liked the blue/white/orange color scheme of the Ice Planet 2002 sets and I wished I picked up more sets when I was a kid. 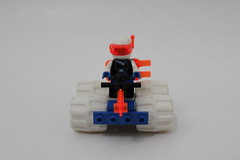 When you make a purchase or, sometimes, carry out some other action as direct result of clicking on a link at The Brick Fan, we will receive