as well as LEGO stores. Check out the image of the sets and the descriptions of each of the sets below. Remember for all orders over $75, you can get FREE shipping.

Chase down Killian with Iron Man and War Machine!

The Mandarin and his Extremis soldier are launching an attack on Tony Stark’s Malibu Mansion. Battle their high-tech helicopter’s spinning rotors, 4 flick missiles and side-mounted cannons with LEGO® Marvel Super Heroes Iron Man! Get to the armory and suit up 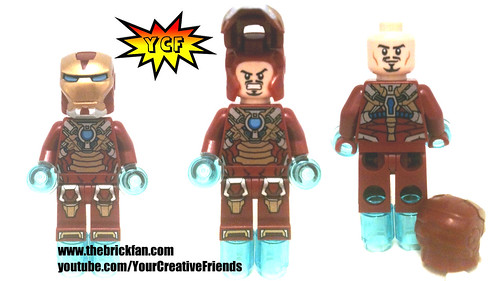 Stud from YourCreativeFriends has informed me there are now images of the new LEGO Marvel Super Heroes Iron Man 2013 minifigure. My guess is that the minifigure is from the Iron Man Malibu Mansion Attack (76007) set but I can’t confirm that as of this time. From my knowledge of the Iron Man comics, Tony Stark wears a different suit in the Extremis storyline so it might not be the minifig in the Iron Man Extremis Sea Port Battle (76006). In the Iron Man vs. The Mandarin: Ultimate Battle (76008), the set mentions Heartbreaker suit but I can’t find an image to compare it to. Could the minifig be wearing the unseen Heartbreaker suit? The suit on the minifig looks a lot like the one seen in the beginning of the Iron Man 3 trailer but not sure which version of the suit it is. If any of your readers recognize the version, let us know in the comments below. Again, thanks to YourCreativeFriends for this news.

Update: After seeing Minifigures’ comment and confirming with a friend who’s into the Iron Man comics, the suit in question could be a version of the Mark V portable suit.

After seeing many discussions on what the suit could be, we’re still not totally sure what the suit is called. It looks similar to other suits but there are subtle differences. We’ll just leave naming the suit in the air until we have confirmation. 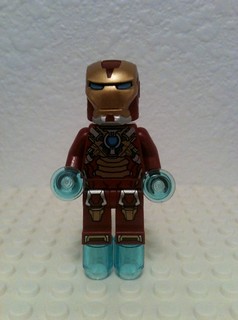 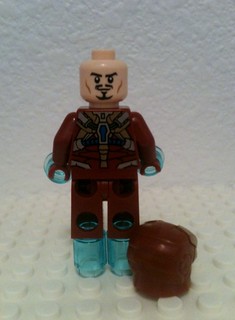 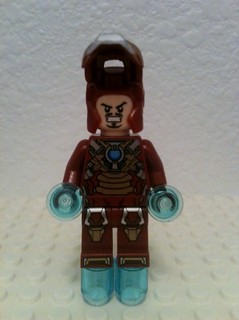