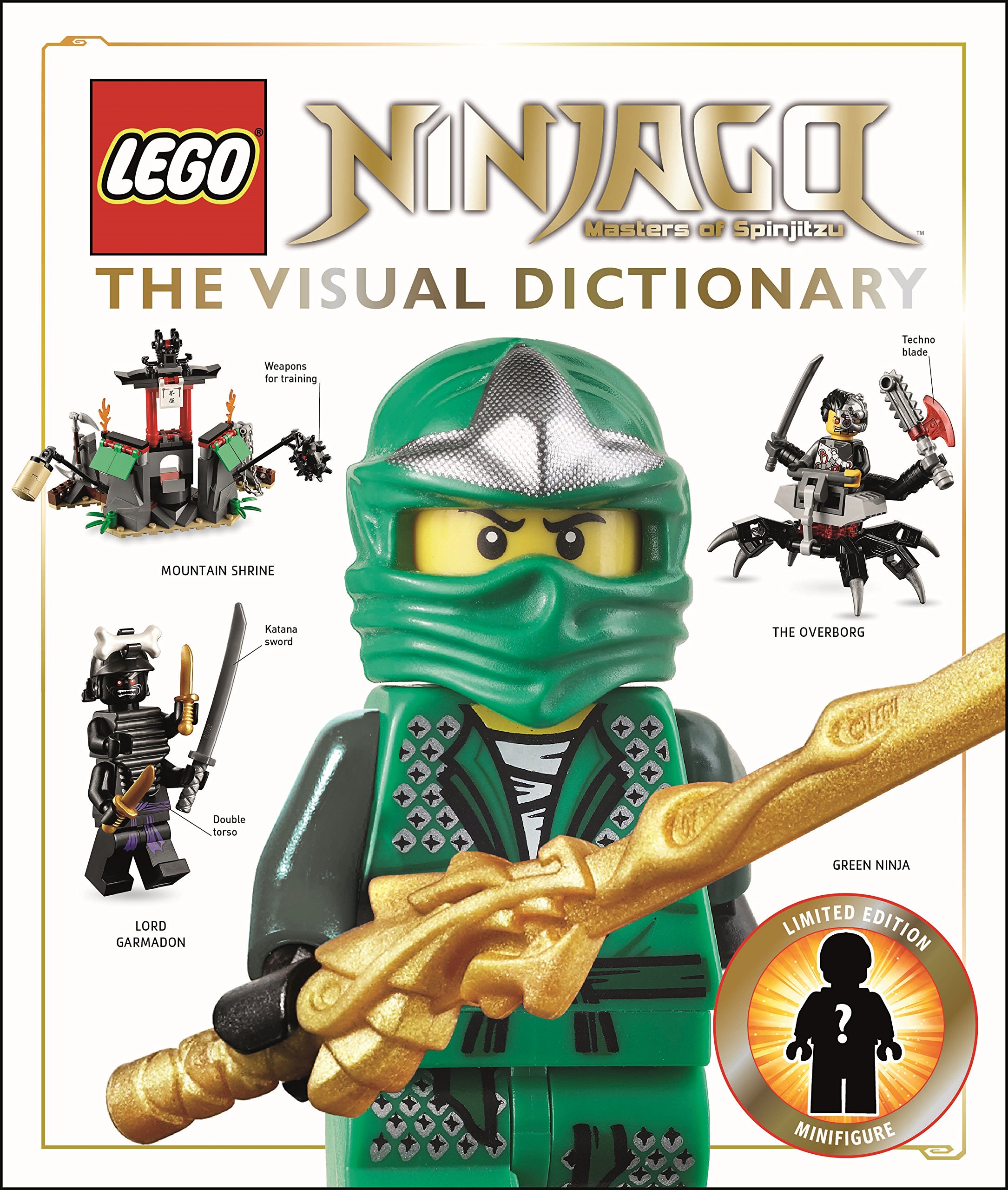 A few months ago, we reported that there will be some new books from Dorling Kindersley and one of these books is the LEGO Ninjago: The Visual Dictionary

With DK, we usually see minifigures that we haven’t seen before like Emperor Palpatine in LEGO Star Wars: The Dark Side

and Luke Skywalker in LEGO Star Wars: The Visual Dictionary: Updated and Expanded

, even though we’ve seen him before but he has updated printing. But with Zane, he’s the exact same one that was in a set so it’s sort of a head-scratcher as to why this minifigure was chosen. I would’ve been happy with even the Brown Ninja.

The LEGO Ninjago: The Visual Dictionary is set to be released on September 15th but you can pre-order the book now on Amazon

The Brick Fan is a participant in the Amazon Services LLC Associates Program, an affiliate advertising program designed to provide a means for sites to earn

Coming off our report of the new LEGO Star Wars: The Dark Side book from DK Publishing, the DK Fall 2014 Trade Catalog is now available and there are some other notable LEGO DK books that will be coming out this fall. One of these new books is the LEGO Architecture: The Visual Guide. This book contains a whopping 232 pages of information about all the LEGO Architecture sets and the real life buildings that inspired them. Read more about the book below. This looks to be a very nice coffee table book to have and I’m very excited for this one. The Visual Guide is available for pre-order on Amazon

and will be available on August 18th.

Created in close collaboration with The LEGO Group and Adam Reed Tucker, LEGO® Architecture visionary, LEGO Architecture: The Visual Guide takes a deep look at the artists, builders, and inspiration behind the LEGO Architecture series. Beautifully illustrated and annotated, this visual guide allows you to explore the LEGO team’s creative process in building and understand how LEGO artists translated such iconic buildings into these buildable LEGO sets.

Stunning images and in-depth exploration of the real buildings like the Guggenheim™ or the Empire State Building, on which the LEGO Architecture series is based, provide you with a comprehensive look at the creation of these intricate sets. Learn why the LEGO team chose certain pieces and what particular challenges they faced. Read about the inspiration behind the creative processes and what designing and building techniques were used on various sets.