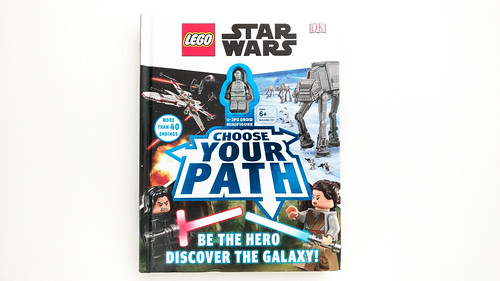 One of the new DK books that will coming out this week is the LEGO Star Wars: Choose Your Path that I’ve reported on a few months back. The style of the book is similar to the classic Choose Your Own Adventure books where you assume the role of a character, in this case U-3PO, and you make choices to determine the story’s outcome. LEGO Star Wars: Choose Your Path has 128 pages and retails for $19.99 and it releases on June 5. 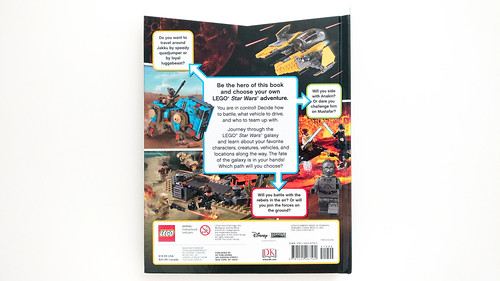 As with a majority of DK books, there usually is an exclusive LEGO minifigure included but for this one, it isn’t an exclusive. With the book, we get U-3PO which was previously found in the 2016 LEGO Star Wars Advent Calendar (75146). Unless I missed something, it is the exact minifigure and is basically a color swap of most recent version of C-3PO. 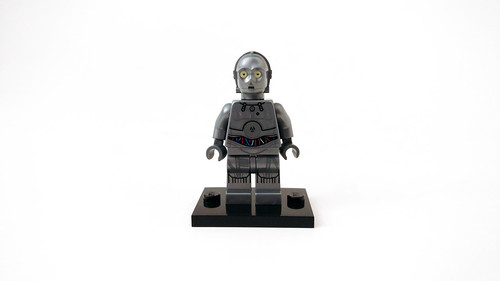 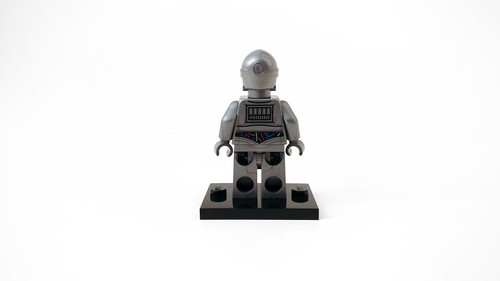 As I mentioned before, LEGO Star Wars: Choose Your Path is a story based book where you choose your way of how the story goes. There are three starting points to choose from, “Hunt the Sith,” “Fight the Empire,” or “Defeat the First Order.” For each page, it gives a short story in which you’ll have to find a way to continue the story by picking one of two ways and keep going until you find a good ending or it tells you to try again. There are more than 40 endings that you’ll be able to find. 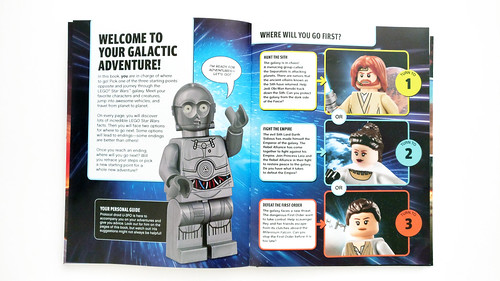 The pages also showcase an actual LEGO set that … Continue

LEGO has revealed the U-3PO minifigure that’s in the upcoming LEGO Star Wars: Choose Your Path book that’s coming this summer. It’s a real disappointment as it looks to be the exact same as the one found in the LEGO Star Wars 2016 Advent Calendar unless my eyes deceive me. Usually the DK books will include an exclusive variant of a character but this is just lazy on both DK and LEGO’s part. If you didn’t get the advent calendar, the book is the cheapest way to get U-3PO unless you get it individually on BrickLink or eBay.

Back when I was in grade school, there were these popular books called Choose Your Own Adventure in which you, the reader, are taken through an adventure and you’ll face options at various points to be taken to a number of different endings. This summer, DK will be releasing their own CYOA book with LEGO Star Wars: Choose Your Path which has the same premise. The book has 128 pages and will be available on June 5.

As with many other DK books, there will also be a minifigure included as well. Note that it doesn’t say “exclusive” minifigure so it could be one that has already been released. We’ll just have to wait and see who it will be as we get closer to the release date.

You can pre-order it now on Amazon for $19.99 with free shipping for Prime members who also get the Pre-order Price Guarantee.

Be the hero of this book and choose where to go in the LEGO® Star Wars(TM) galaxy. Learn how to battle, who to team up with, which side of the Force to join, plus much, much more. Read the text, then decide where to go next by selecting one of two options on every page. Do you want to travel around Jakku by speedy quadjumper or by four-legged luggabeast? Will you choose to join the rebels over Scarif, or to fly after the Inquisitor? On Mustafar, do you dare to battle Anakin, or will you join him on the dark side of the Force?!