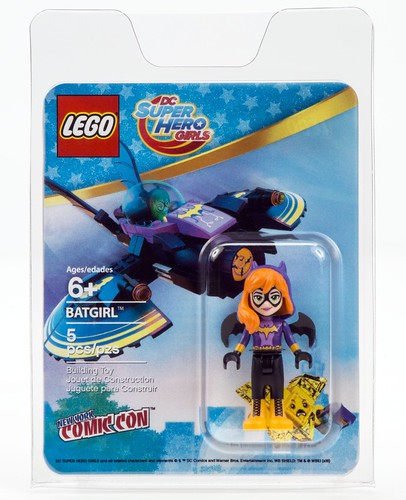 The Brick Fan is a participant in the Amazon Services LLC Associates Program, an affiliate advertising program designed to provide a means for sites to earn advertising fees by advertising and linking to Amazon.com. As an Amazon Associate I earn from qualifying

LEGO has just revealed the last three sets for the LEGO DC Super Hero Girls on their social media pages. They’ve also released the New York Comic Con press release which gives details for the price points of the sets as well as stuff going on at the convention.

If you’re heading to NYCC this week, LEGO will also be doing giveaways for a Batgirl minidoll. It sounds like they’re doing the same thing as they did at San Diego Comic Con where you tap the iPad and it tells you if you win or not. If you’re not attending, you can follow their Twitter and retweet to try to win.

Join in the action-packed LEGO® DC Super Hero Girls™ world as Supergirls dog Krypto™ faces Lashina™and the blue Kryptomite™. This great set features a Lashina mini-doll figure, Lashinas tank with a stud shooter and space in the back for Krypto, plus Kryptos house with defense shield and a catapult.