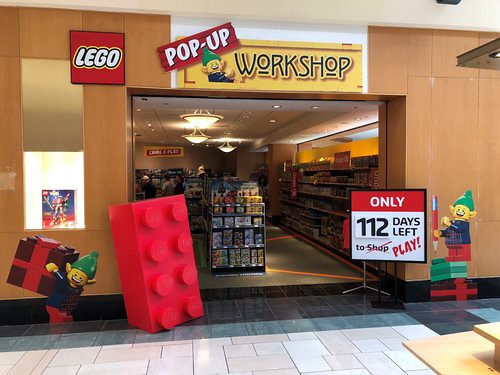 LEGO has announced on the LEGO Ambassador Network blog that the company will be testing some new pop-up LEGO Brand Stores in select locations. The first one has opened up at The Shoppes at Buckland Hills in Manchester, Connecticut.

The pop-up LEGO Stores will be somewhat similar to a standard LEGO Brand Store but the main difference is the layout. Some of them will have products sorted by age and the rest will be sorted by price. There are also some other differences which I have listed below from the press release post. 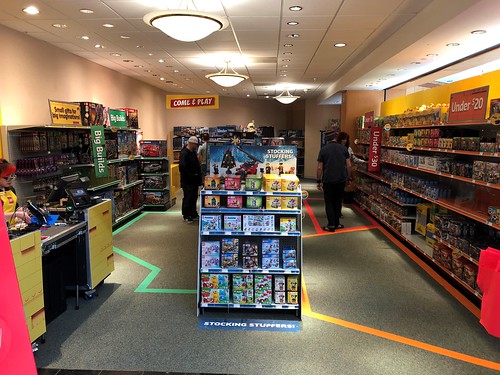 A reason for LEGO opening up pop-up shops is that it gives kids and adults a chance to enjoy some of the fun experiences that they would’ve gotten from other stores like Toys R Us. Obviously, we don’t have TRU stores here in the US anymore so reaching out to that market is a great opportunity for LEGO and consumers to interact with each other. 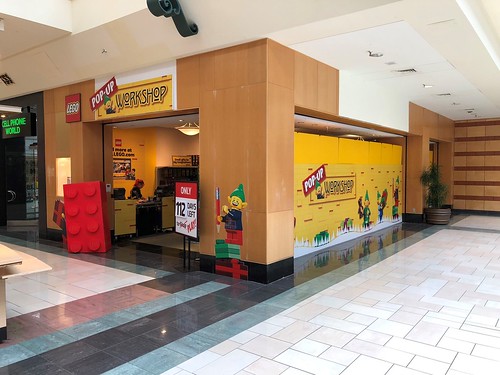 LEGO is currently testing out the pop-up store experience and if this plan is successful, the LEGO Retail team will have opportunies to open more up in cities that don’t have a LEGO Brand Store near them. Other locations for the LEGO pop-up stores are listed below. LEGO will be asking for feedback so please let them know how you feel about them.