has revealed what their pre-order bonus will be for the LEGO Marvel Super Heroes video game. As you can see, it will be a Spider-Man key chain. You can already pick up the Spider-man key chain [email protected]

but we’re not sure if this will be a different variant since there are no images of it as of this time. This is a little different and disappointing “bonus” since there were exclusive polybag minifigures in other LEGO video games in the past and this time, we only get an already released key chain that you can pretty much buy in stores. Amazon

is also having a pre-order on the Marvel Super Heroes video game but hasn’t announced any exclusive bonuses yet. Will this news from Gamestop affect your purchasing decision on the game if you’re deciding to pre-order?

Update: Gamestop has included an image of the Spider-Man key chain and it is confirmed that it will be the same one as the one sold in LEGO stores.

If you are a Gamestop PowerUp Rewards member and you pre-order the game, you will also get a code to download exclusive content that has extra characters, vehicles, and races. Examples of the charafcters are Spider-Man Symbiote, Hawkeye, Thanos, and more. Quantities for this bonus are extremely limited.

The Brick Fan is a 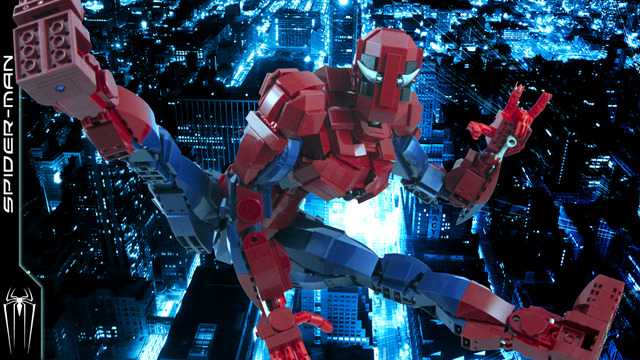 If you’ve seen Michael McCooey’s, aka mmccooey, work before, you’ve probably seen his MOCs of the poseable Batman and Deadpool figures. He has now created The Amazing Spider-man figure and needs your help to reach 10000 supporters on LEGO CUUSOO. Spider-Man is more flexible and agile than Batman and Deadpool so changes were needed:

-A mid-torso joint that allows him to bend his spine forward and back, it also rotates from left to right, like the waist joint.

-His elbows and knees are double jointed, which allows free range of movement and the ability to fully crouch his legs.

-The hips can now allow the legs up and over the wasteline allowing for those very spider-like poses.

-His ankles have a second pivot joint for extra steep ankle poses, as well of full range of motion in the main joint.

-His feet have an articulated toe piece to make those perching poses more natural.

Licensing probably won’t be an issue since there are Spider-man sets coming out next year but that’s a separate issue. This is an amazing figure and I would totally support the project on LEGO CUUSOO and hope you can show your support too! 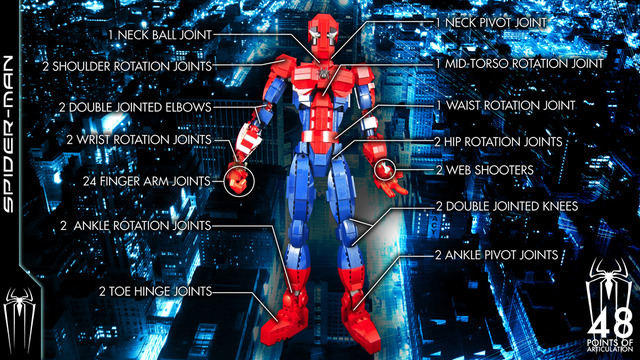 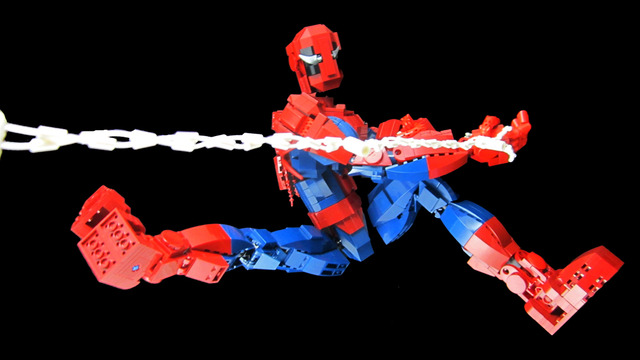 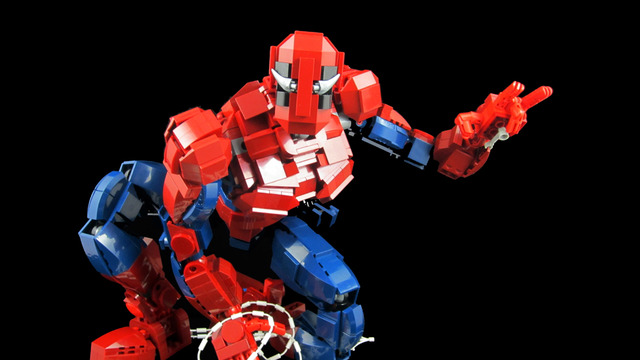