The LEGO Neighborhood Book: Build Your Own Town! 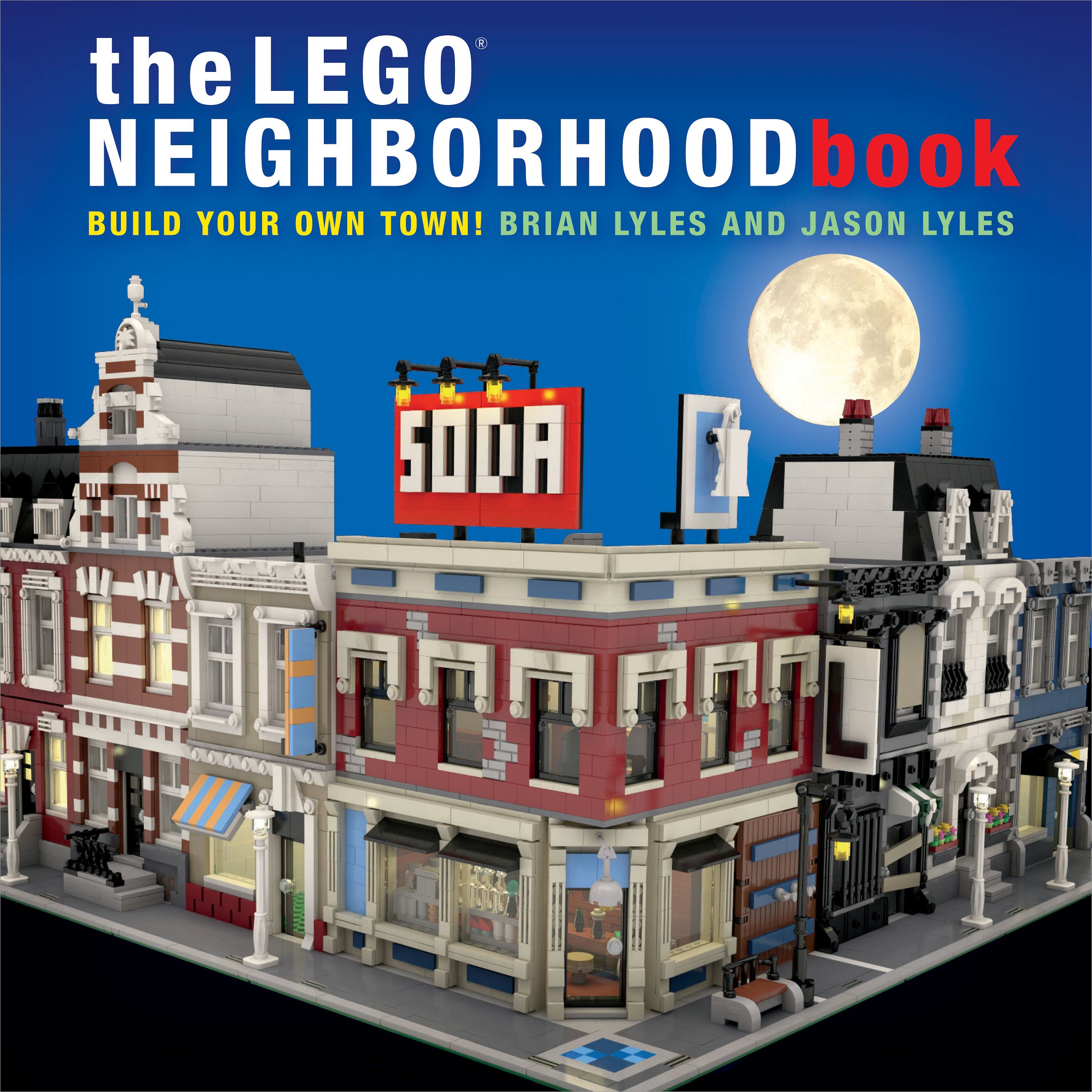 We’ve recently received a new book to review from No Starch Press called The LEGO Neighborhood Book: Build Your Own Town! by Brian and Jason Lyles. Brian runs Brick City Depot where he publishes instructions for LEGO modular buildings and if it sounds familiar, you’ve probably seen an ad to their site on our right sidebar beneath the categories.

No Starch Press is known for their AFOL-centric books such as LEGO Space: Building the Future and The Art of LEGO Design which we’ve also reviewed before. The LEGO Neighborhood Book is geared towards people who build LEGO cities with modular buildings. It contains 204 pages and retails for $19.95 but you can get it cheaper at various retailers like Amazon

. The book has a high quality softback cover and the images in the book are very nice which is what we’ve come to expect from No Starch. Since the highly popular LEGO Modular buildings were released back in 2007 with the Cafe Corner (10182) which have continued with eight more Modular sets, LEGO fans have been creating their own MOCs of the buildings to grow their city The LEGO Neighborhood Book is basically split into two halves. The first half of the book contains six chapters and it takes a look at some of the foundations of what a modular building consists of.

The first chapter gives you an introduction to the standards of a modular building like the base size and the depth and height. This is what the authors call the “Cafe Corner” … Continue