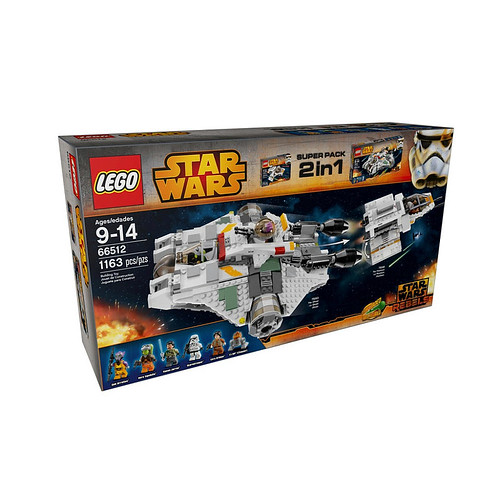 Currently, Toys R Us is having a Buy 1, Get 1 40% all LEGO Star Wars, The Hobbit, Super Heroes, Chima, and Disney Princess sets so this would be a very good time to make a purchase especially since some of the newer sets are still at MSRP like the Guardians of the Galaxy sets.

SUPER PACK 2 IN 1! The STAR WARS Rebels Super Pack contains both LEGO STAR WARS The Phantom 75048 and LEGO STAR WARS The Ghost 75053.
Join the Rebel resistance against the evil Empire in The Phantom attack shuttle, as seen in the exciting Star Wars: Rebels animated TV series! After a successful mission, dock The Phantom safely on 75053 The Ghost starship. Includes an Ezra Bridger minifigure with a weapon and accessory, plus a C1-10P figure.

Get ready to battle the Empire with the Rebel heroes? awesome starship – The Ghost – as seen in the thrilling Star Wars: Rebels animated TV series! Stay on course with Rebel minifigures in the two cockpits and put Zeb on patrol in the 360-degree rotating gun turret. Land 75048 The Phantom starship in the docking area at the rear. 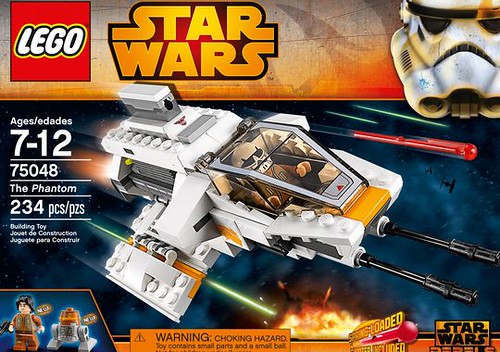 USA Today has posted a couple of clearer images of the new LEGO Star Wars Rebels sets including The Phantom (75048) and The Ghost (75053). We first saw these sets at the 2014 Nuremberg Toy Fair.

The Phantom has 234 pieces and retails for $24.99. There are two minifigures included in the set: Ezra bridger and a new astromech droid, Chopper. 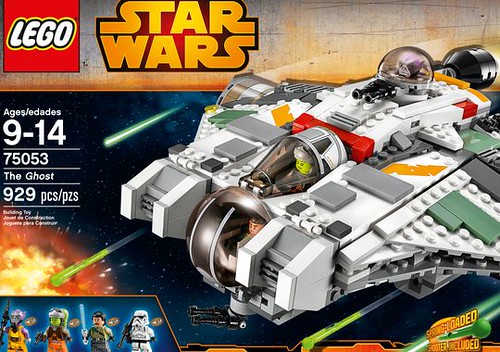 The Ghost includes 929 pcs and retails for $89.99. The minifigures included are Kanan Jarrus, Hera Syndulla, Zeb Orrelios, and a Stormtrooper.