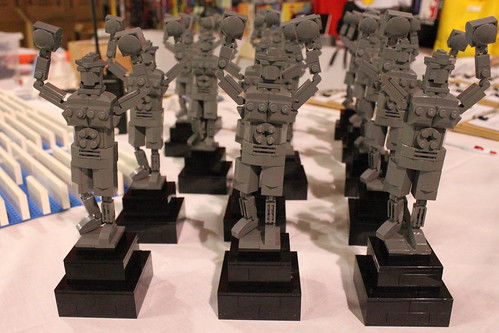 Day 2 of Philly Brick Fest 2014 came and went and during the day, judges were walking around evaluating a ton of MOCs in various themes which included best Philly MOC, Space, Bionicle, Military/Historical, Most Creative, Train, Steampunk, Building/Structure. Winners of these respective themes will get a custom Rocky trophy designed by Tyler Clites (Legohaulic). There was even a Stanley the Snail Award for best snail MOC. 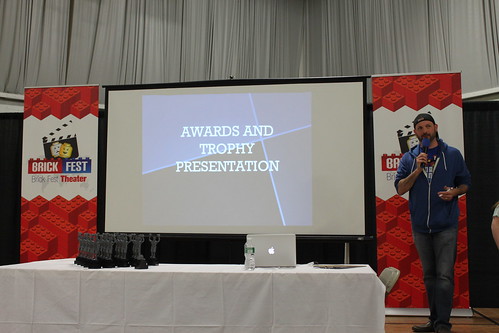 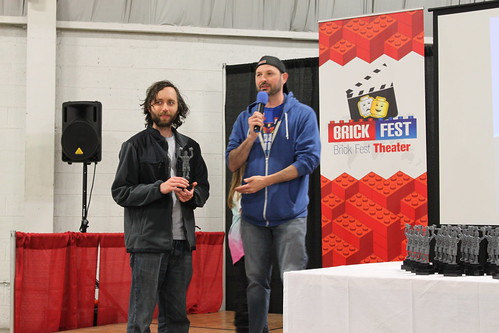 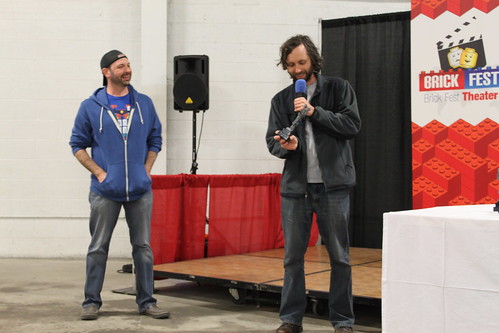 The second award given out during the night was the Stanley the Snail Award given to the best snail MOC out of the whole convention. The winner of this award was Nicki Toizer. 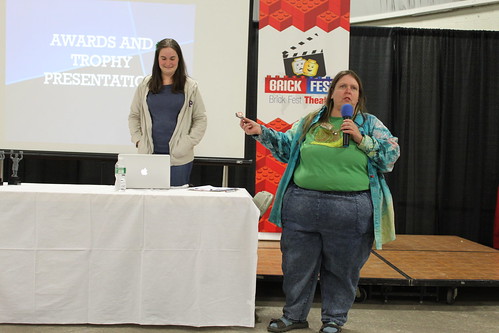 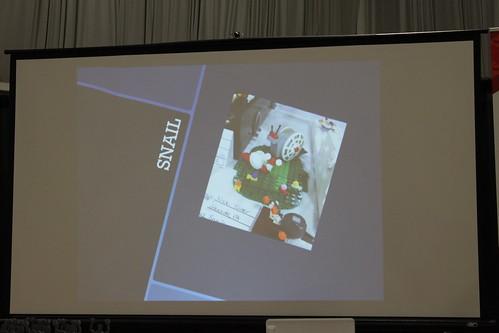 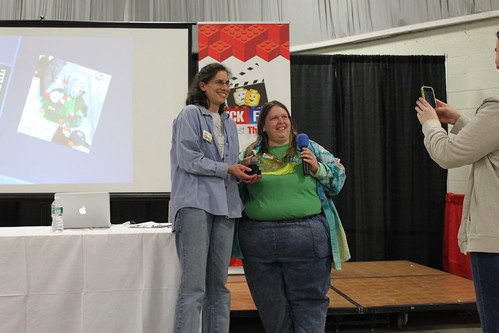 The second Rocky that was given out was to the best MOC which represented Philly. This award was also given to Nicki Toizer for her Cheesesteak w/ Fries. 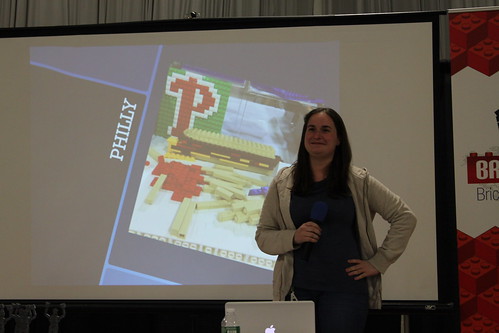 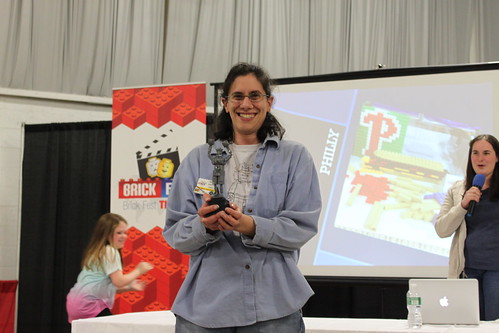 The next award was for best Space themed MOC. The winner was Jim Rhoades for Comet Empire. 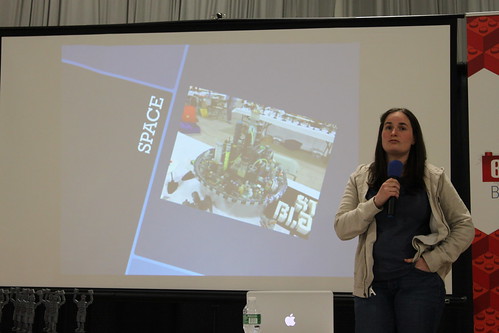 After that, we had the best Bionicle set which went to Joshua Kunicki for his Flagious MOC. 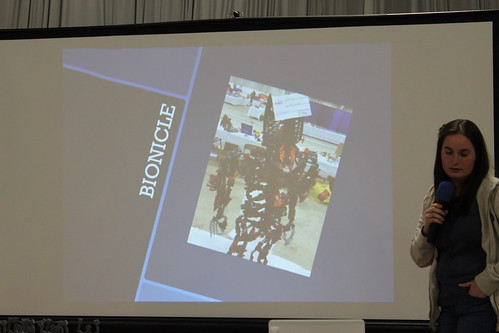 Up next was the best Military/Historical MOC and the winner was Todd Michels for his Tank vs Helicopter display. 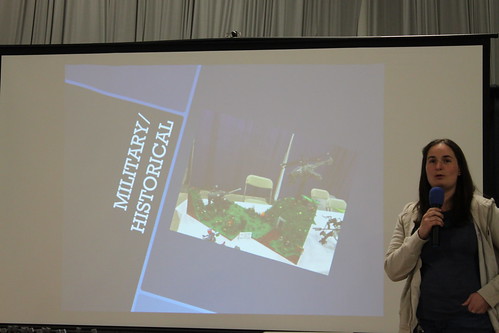 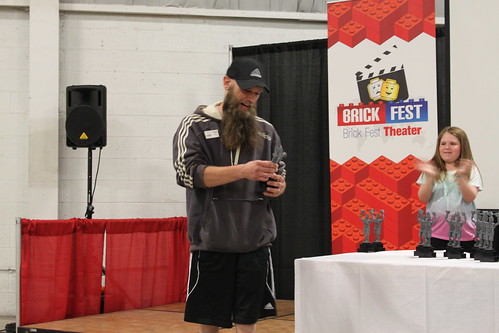 The next award that was up for grabs was the Most Creative MOC which went to Richard Chow/BrickFormula for his LEGO Sorter. You can check out how it works here. 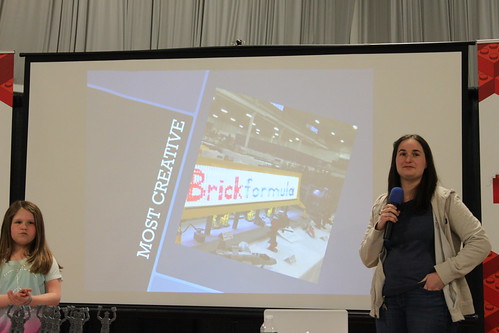 The following award that was given out was the best Train. … Continue