It’s January, in the east coast at the time of this writing, and there are new LEGO sets available to purchase on [email protected]

. Some notable additions include the Maersk Line Triple E (10241)

There are also some promotions going on this month. From January 1-20, for every purchase of $50 or more, you can get a free LEGO City Police ATV Polybag (30228), while supplies last.

At the start of every week of January, you can get a free LEGO Movie character poster with any purchase. The characters include Wyldstyle, Emmet, Lord Business, and Batman.

Another promo for the movie is from January 20 through February 16, head over to your local LEGO Store and build something to display and you can get a free The LEGO Movie Accessory Pack.

The Brick Fan is a participant in the Amazon Services LLC Associates Program, an affiliate advertising

Build the Maersk ‘Triple-E’ container vessel – a true giant of the seas!

Presenting the largest ship in the world – the record-breaking Maersk ‘Triple-E.’ Built from over 1,500 bricks, the model recreates the real vessel in amazing detail. Our LEGO® designers have included rare colors such as medium azur, dark red, sand blue and sand green. There are rotating gold-colored screw blades leading to the brick-built twin propeller engines, which you can view through the window built into the port side of the ship. You can even customize it by adding or removing the containers. This authentic set includes a display stand and fact plaque with detailed information about the ship and, as a finishing touch, there’s the gold coin that is added under the mast of all Maersk Line ships for good luck on their voyages. This model is perfect for LEGO fans! 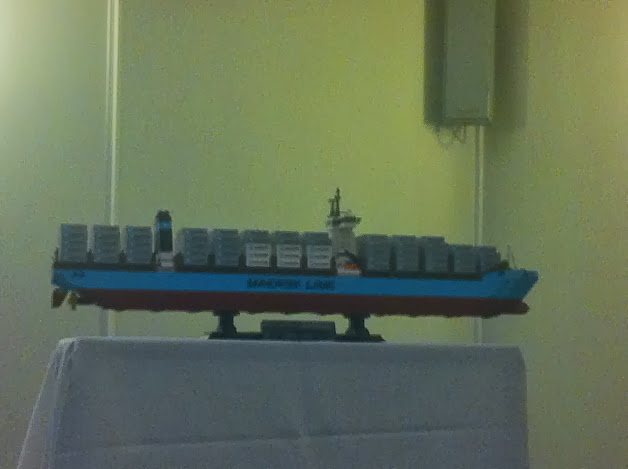