The LEGO Movie Blu-Ray Will Include Vitruvius Minifigure 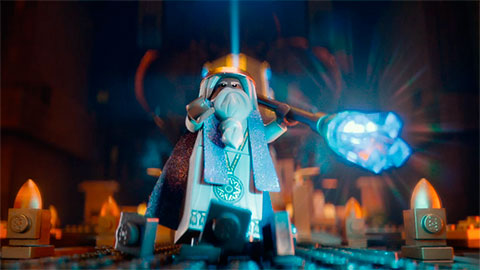 Brickset has gotten some information regarding the exclusive minifigure that will be included with The LEGO Movie DVD. Someone wrote in to Huw and stated that it will be the young version of Vitruvius that is the exclusive. He will have normal eyes, a grey headband, a printed amulet, and robes. It was also stated that he will only be available in the Collector’s Edition DVD/Blu-Ray/3D/Digital copy off the movie. So far, there is no retailer listing the Blu-Ray with the Vitruvius minifigure but Amazon

has a pre-order for the version of the movie that was described.

“A friend of mine just took a survey about the collector’s edition of the LEGO movie, and showed me an image of the package, including the exclusive mini figure. It’s the prologue version of Vitruvious with normal eyes, wearing a grey headband, has a printed amulet and robes. It appears that it’s only included with the collector’s edition that includes DVD, Blu Ray, 3D and digital copy of the movie.”

Update: A user on the Blu-Ray forums pretty much confirms that WB will have a Collector’s Edition called the “Everything is Awesome” edition.

The Brick Fan is a participant in the Amazon Services LLC Associates Program, an affiliate advertising program designed to provide a means for sites to earn advertising fees by advertising and linking to