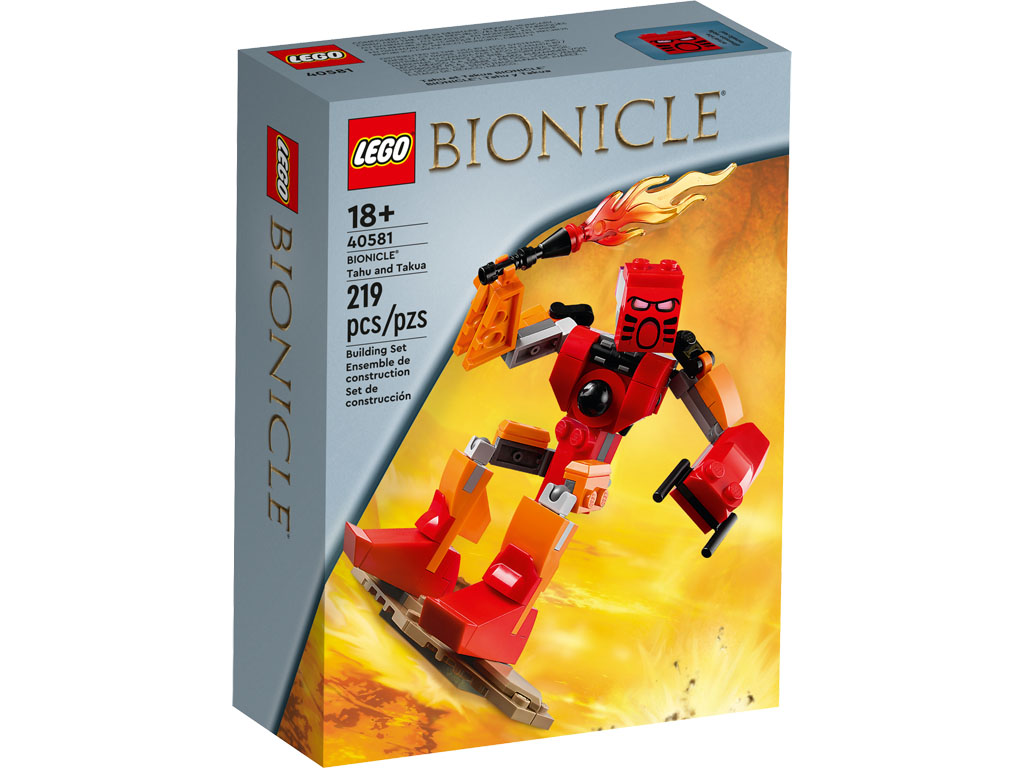 The promotion for the LEGO BIONICLE Tahu and Takua (40581) tribute set is now live on the LEGO Shop. The GWP runs through February 9 and requires a $100 purchase of City, Classic, Creator 3-in-1, DOTS, Friends, Monkie Kid, and Ninjago. Remember to use Rakuten to earn some cash back on your purchases. Make sure to activate the extension before you complete your purchase to get credit for it. 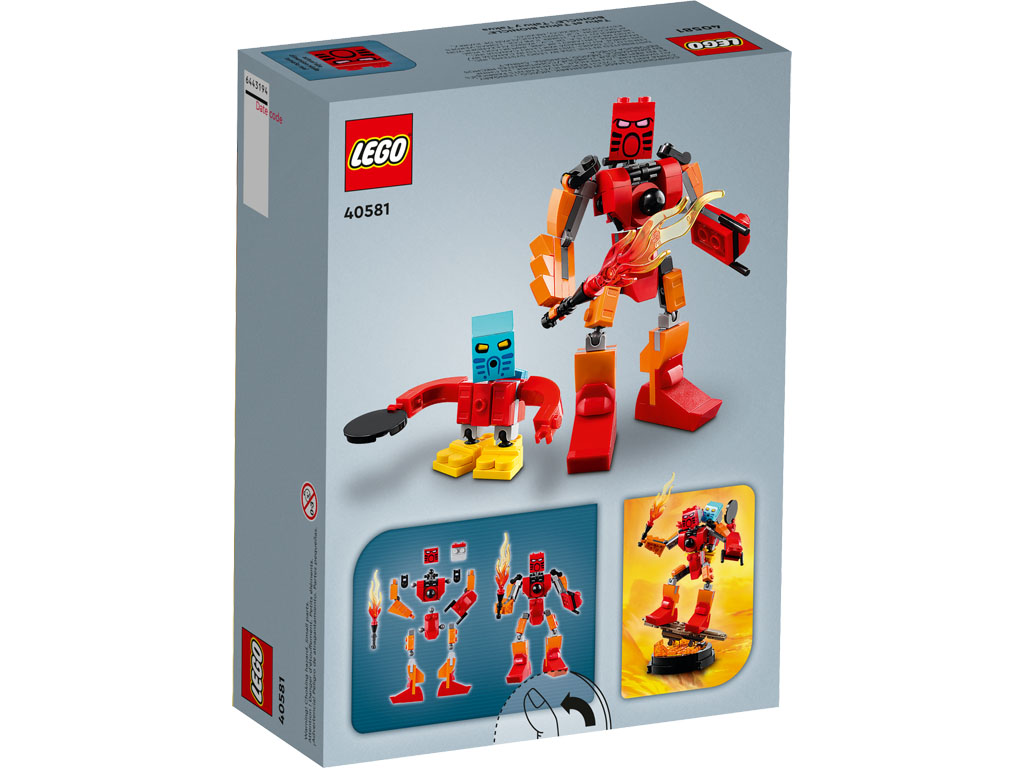 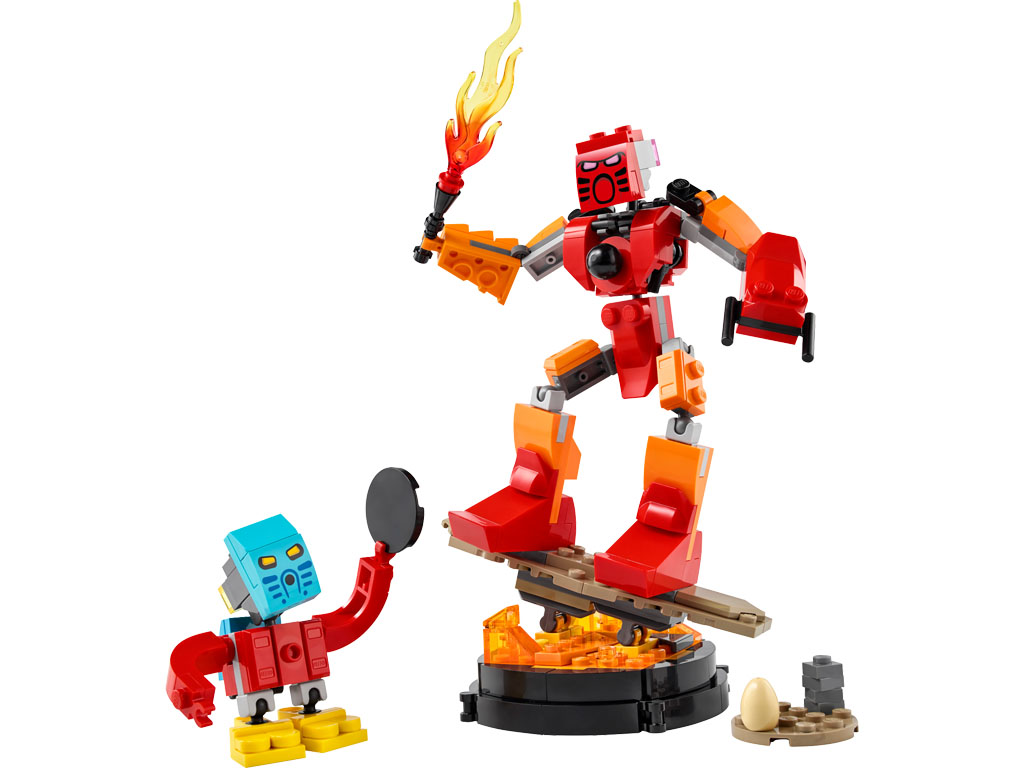 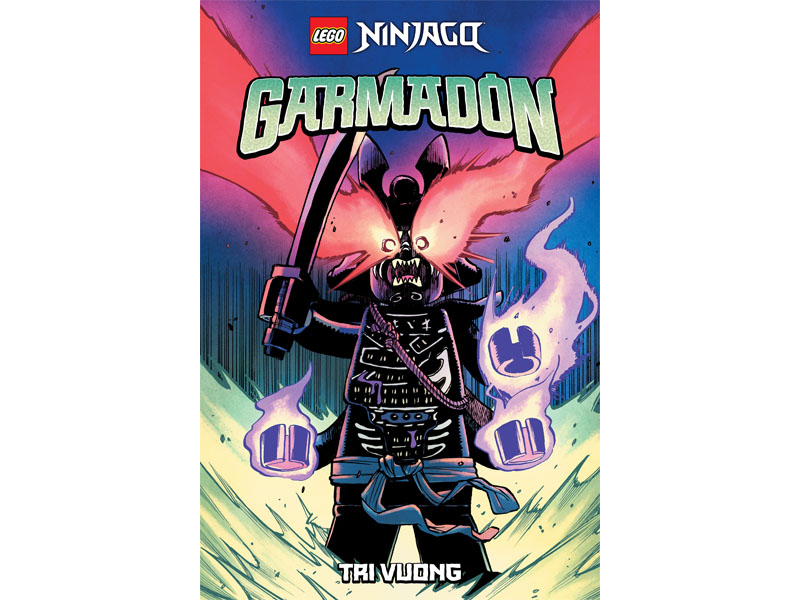 LEGO Ideas has announced the winning LEGO Ninjago comic book cover voted by fans is now available for purchase on the LEGO Shop. The contest winner was announced back in September and the 144 page comic can be purchased for $12.99.

Explore the first ever LEGO® NINJAGO® comic book series with Volume 1: Garmadon. This 144-page softcover storybook is packed with colorful illustrations from renowned writer and comic book artist Tri Vuong. Far away from NINJAGO City, a village is being terrorized by a mysterious new threat when they’re saved by a stranger known as… Garmadon, Lord of Destruction! Has Garmadon changed his ways or is this the first step in his plan to defeat Master Wu and the ninja? Delve in to find out! 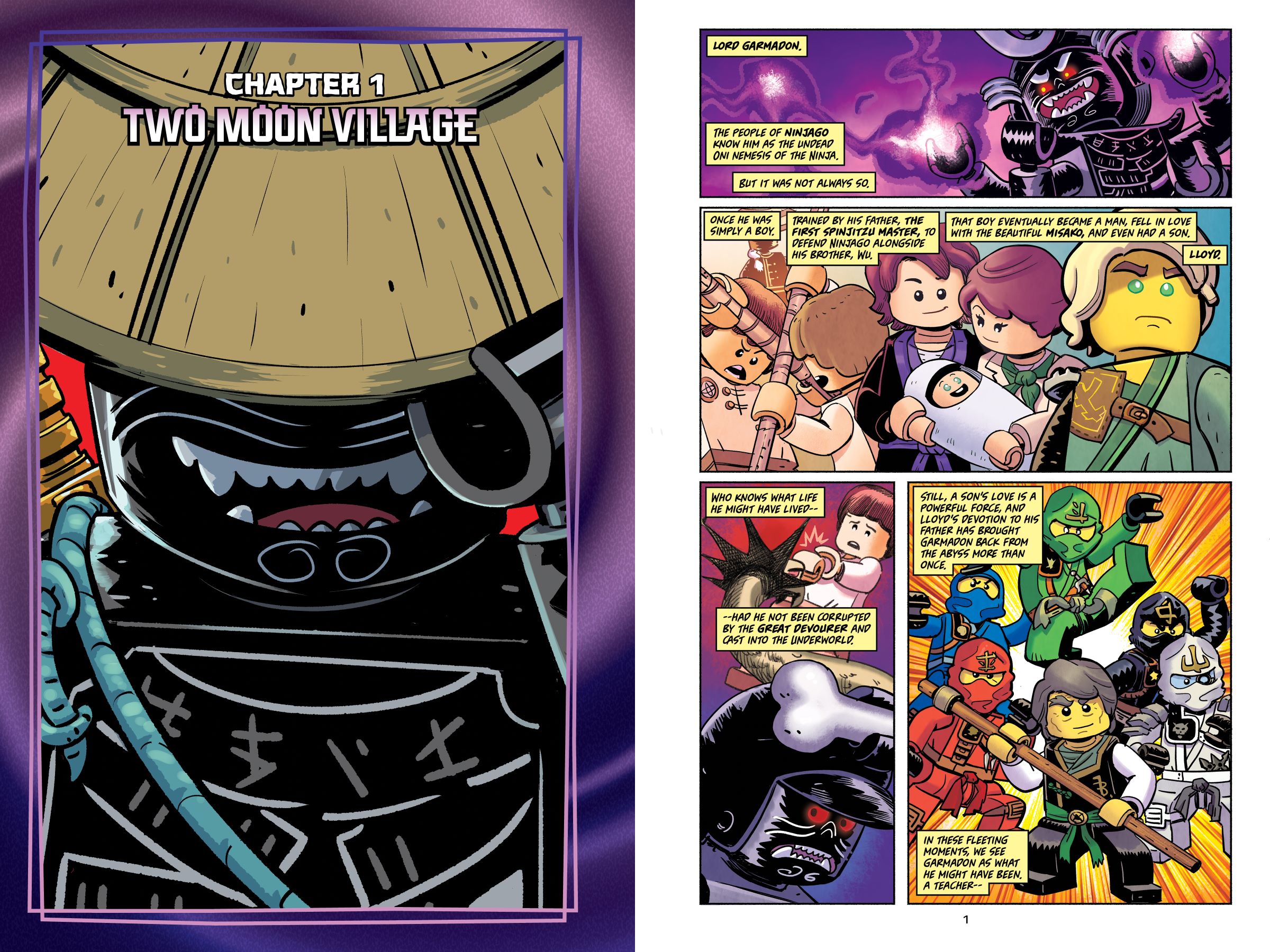 Shrek’s Swamp by danielbradleyy is the latest project to achieve 10,000 supporters on LEGO Ideas. This project is different from the one that also hit 10k a few days ago but it pretty much has the same concept. 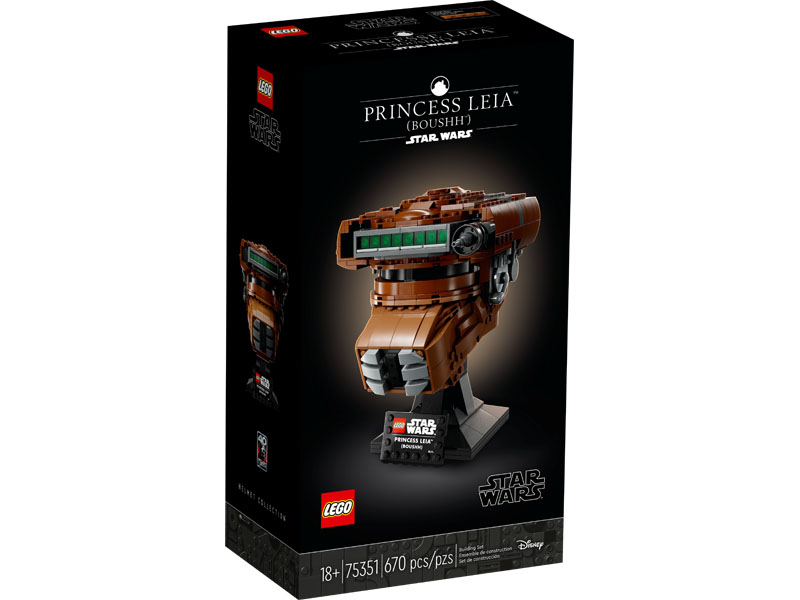 LEGO has revealed another LEGO Star Wars Helmet set today with the Princess Leia (Boushh) Helmet (75351). The set has 670 pieces and retails for $69.99 like with the other two helmets revealed earlier today and you can pre-order it on the LEGO Shop now. 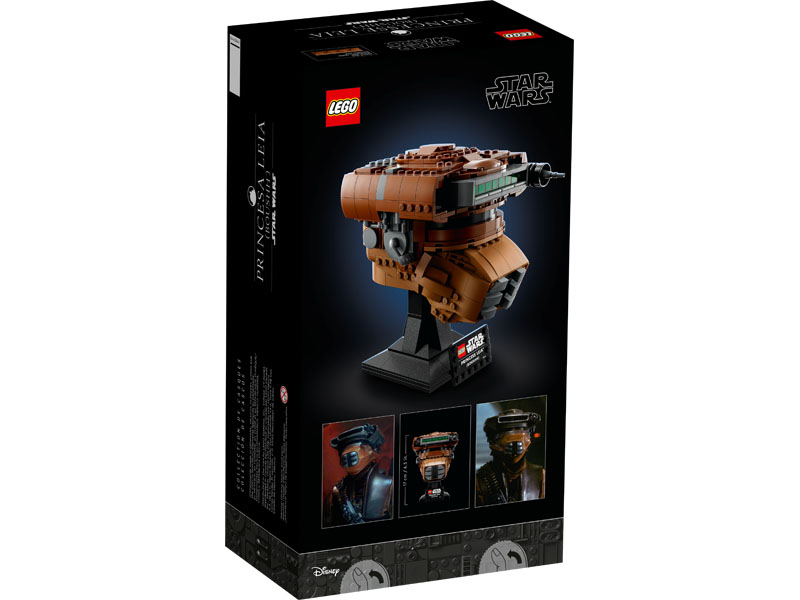 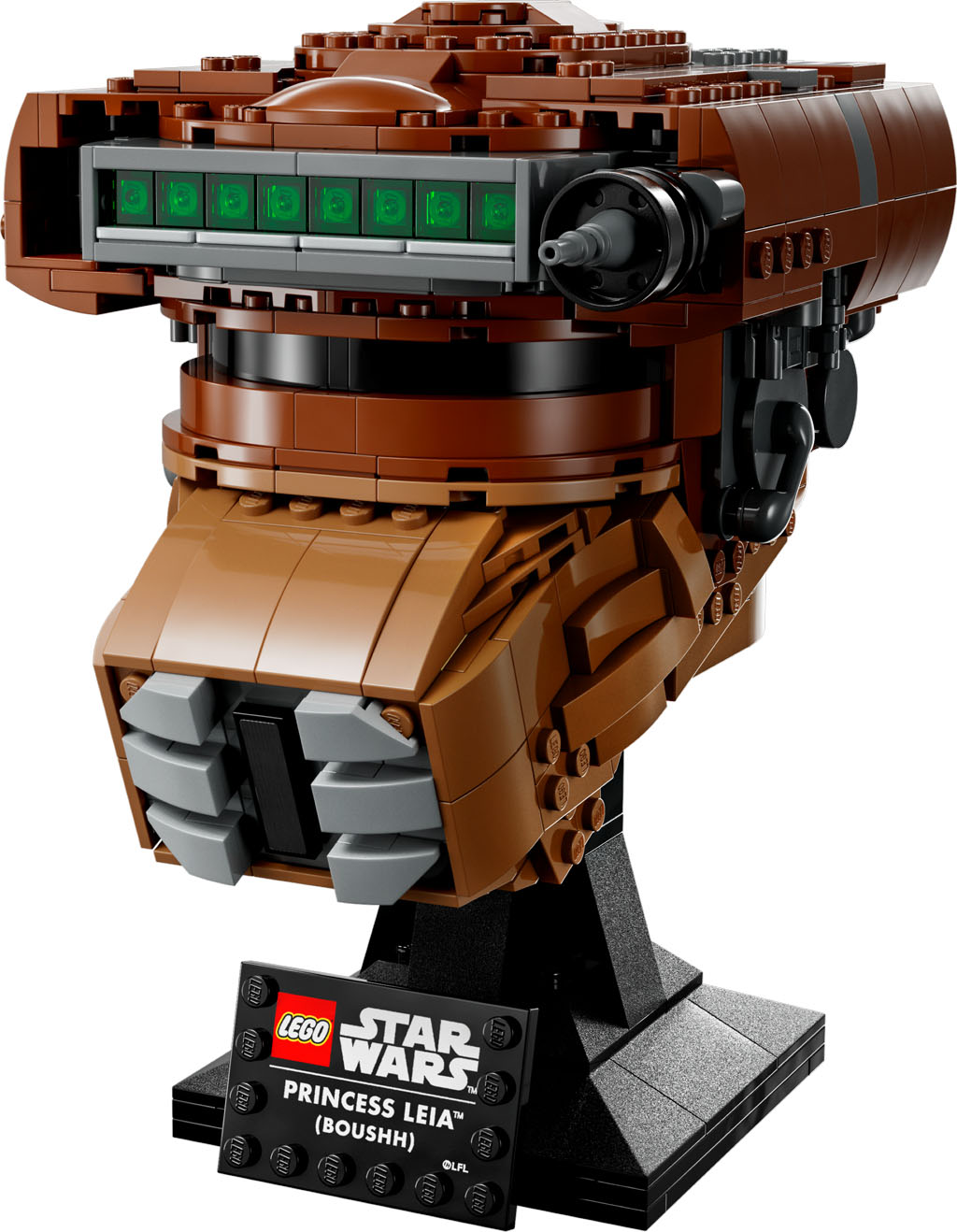 Pay homage to a legendary character with this LEGO® Star Wars™ Princess Leia (Boushh) Helmet (75351) build-and-display model for adults. Channel your creative Force to recreate the bounty hunter helmet worn by Princess Leia as a disguise to enter Jabba the Hutt’s palace in Star Wars: Return of the Jedi. A buildable stand with a nameplate completes an admirable centrepiece.

Inspire nostalgia
This collectible set marks the 40th anniversary of Star Wars: Return of the Jedi and is part of a series of LEGO Star Wars build-to-display helmet models. Find step-by-step instructions in the box and on the LEGO Builder app.

The galaxy at your fingertips
It began a long time ago, in a galaxy far, far away. Now the saga continues in your own home with LEGO Star Wars sets designed for adults. Explore the exciting range to discover a variety of gift ideas to delight Star Wars fans and any passionate LEGO builder.

• Be at one with your creative Force – Channel Jedi-like focus to build this detailed LEGO® Star Wars™ 75351 Princess Leia (Boushh) Helmet with a brick-built display stand and printed nameplate
• Made for display – Spark memories of the classic Star Wars: Return of the Jedi scene in which Princess Leia disguised herself 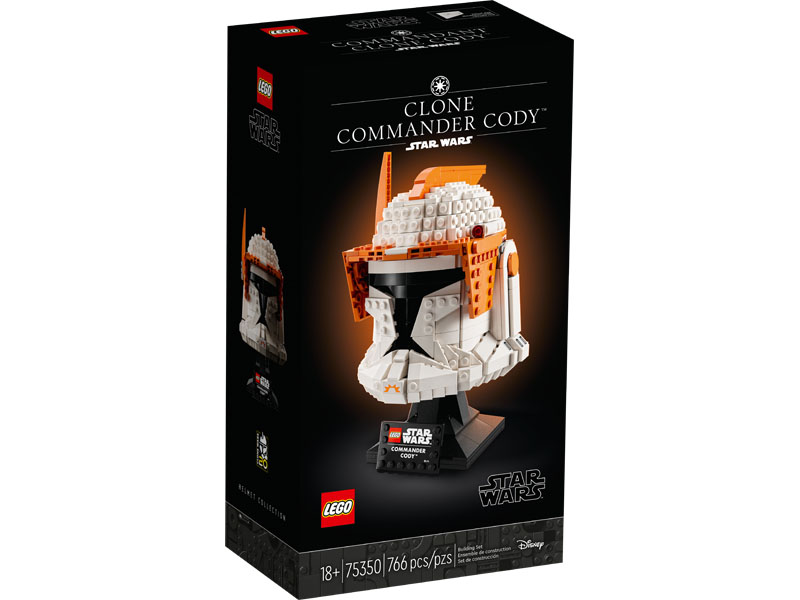 LEGO has officially revealed two new LEGO Star Wars Helmets that will be releasing on March 1 which celebrate the 20th anniversary of the Clone Wars. First is the Captain Rex Helmet (75349) which has 854 pieces. The other is the Clone Commander Cody Helmet (75350) which has 766 pieces. Both sets are priced at $69.99/€69.99/£59.99. You can now pre-order the sets in the links above. 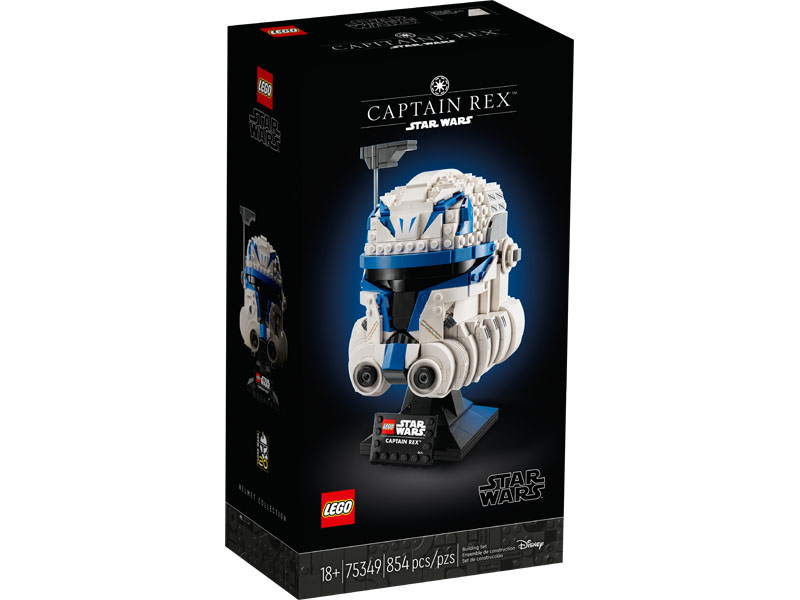 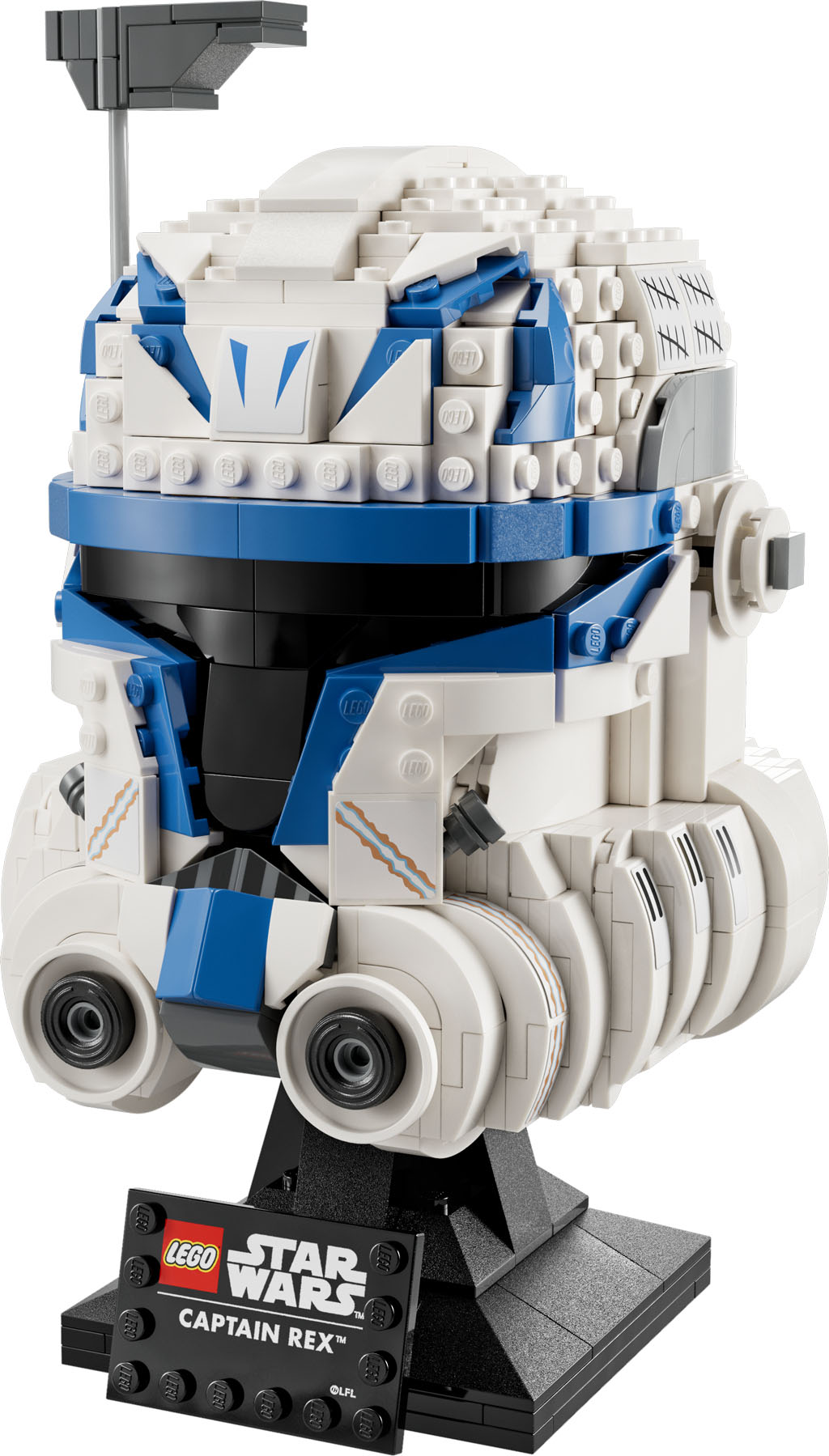 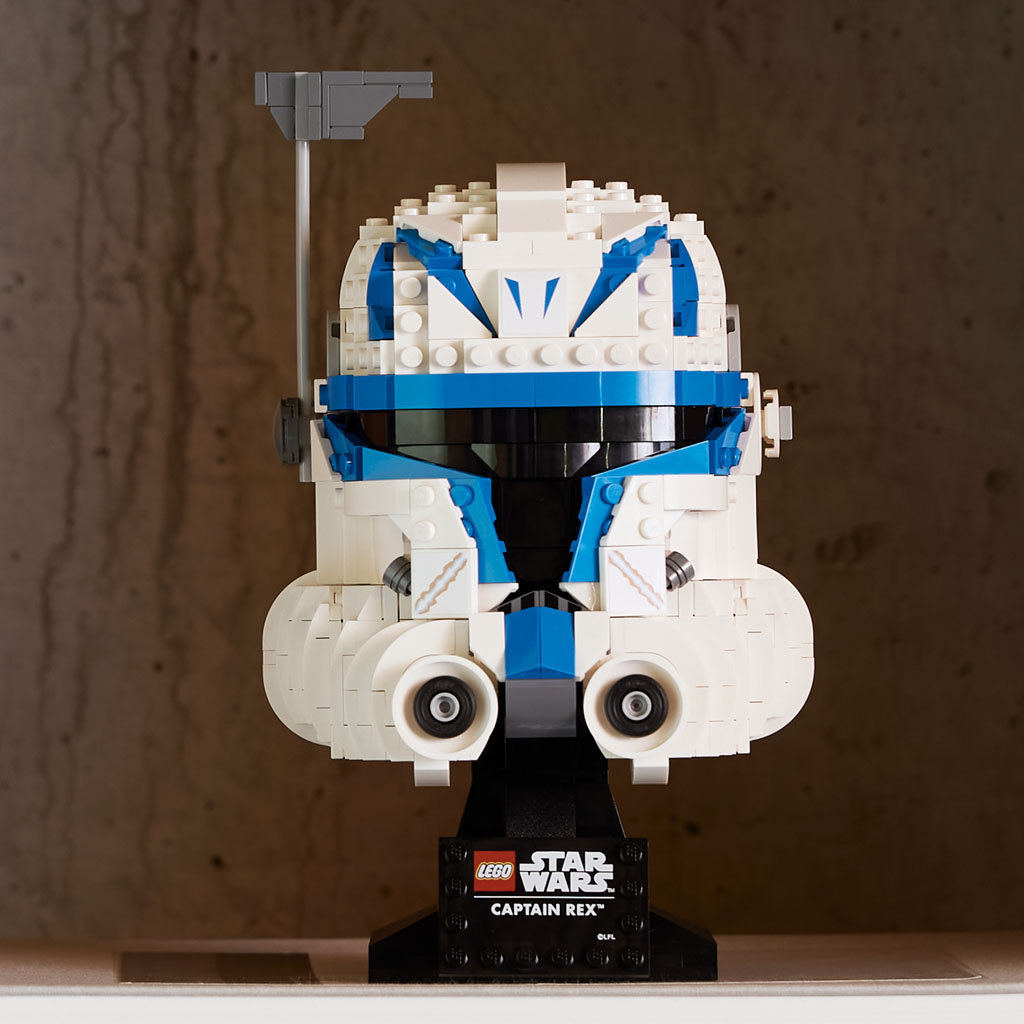 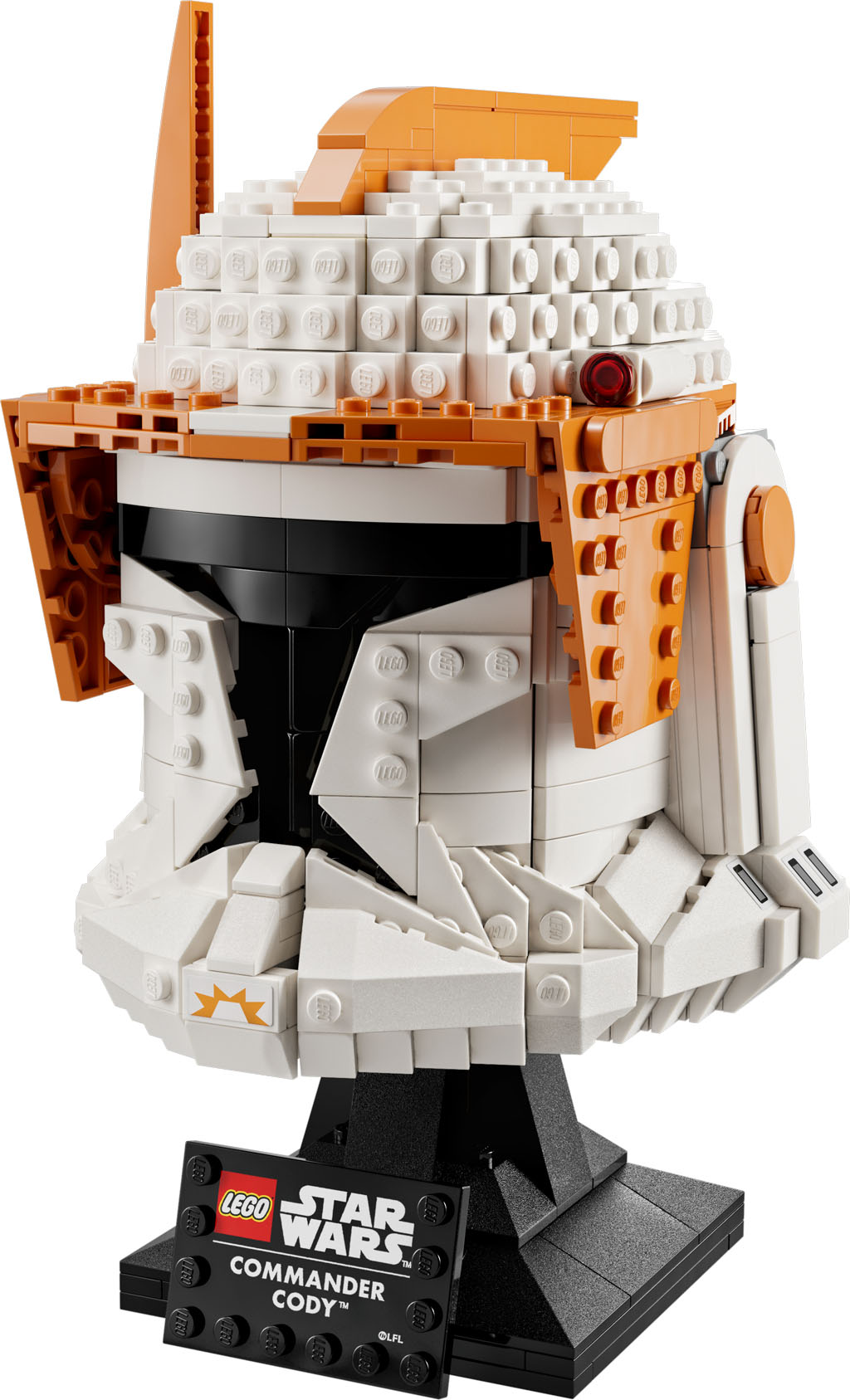 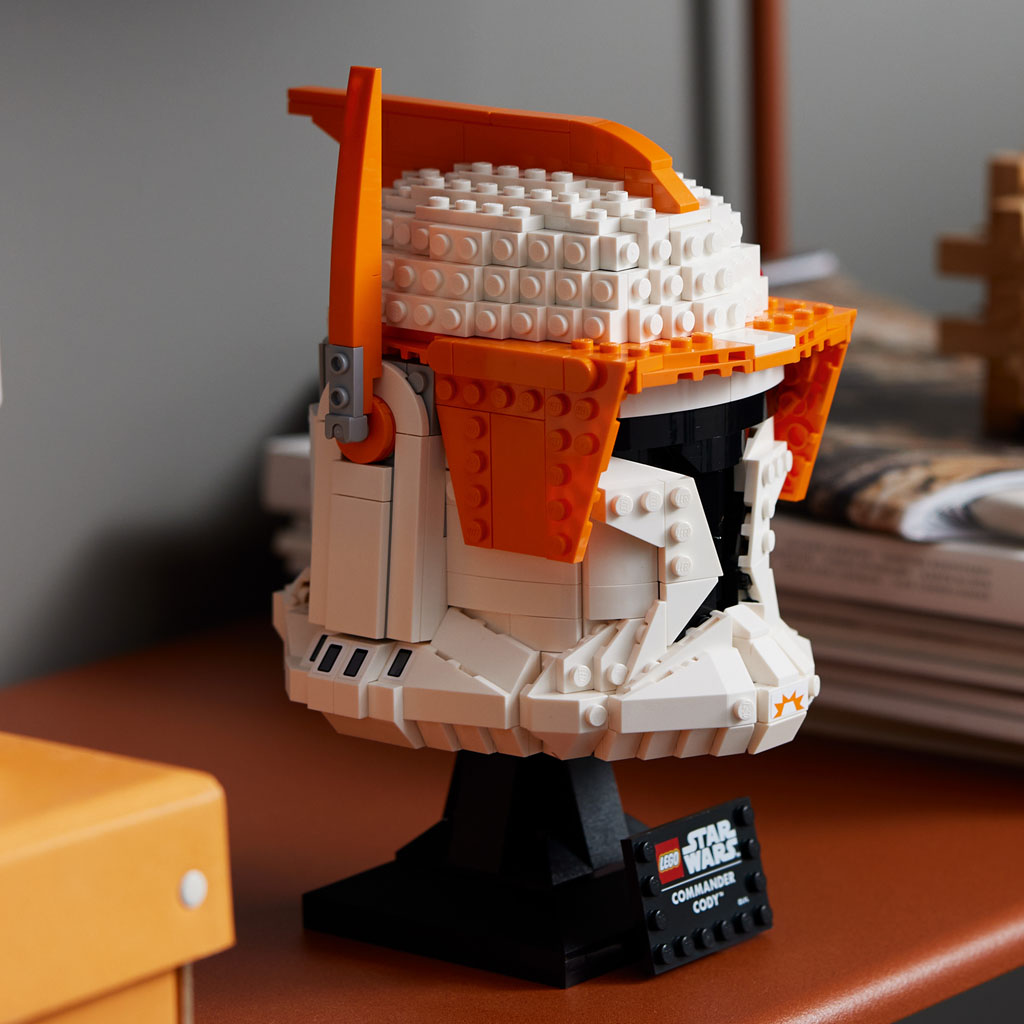 Billund, January 26, 2023: Revealed ahead of Nuremberg Toy Fair, the LEGO Group has announced two new additions to its popular series of Star Wars helmet building sets, both linked to the 20th anniversary of the Clone Wars – those events in the Star Wars galaxy which kicked off in the 2002 film Star Wars: Attack of the Clones and continued in the animated series, Star Wars: The Clone Wars.

LEGO Star Wars fans will soon be able to join the Grand Army of the Republic by building the instantly recognisable helmet models of Captain Rex and Clone Commander Cody, two iconic heroes from the Clone Wars as they arrive in two new sets for fans, available from March 1st.

The 854-piece set based on Captain Rex’s helmet captures the iconic blue trim and range-finder of the 501st battalion’s clone captain, one of The Humpback Whale by Les Briques de Loïc is the latest project to achieve 10,000 supporters on LEGO Ideas. The 2,000 piece build features an image inspired by the art of paper cutting which creates depth showing a humpback whale and a diver in the deep sea. 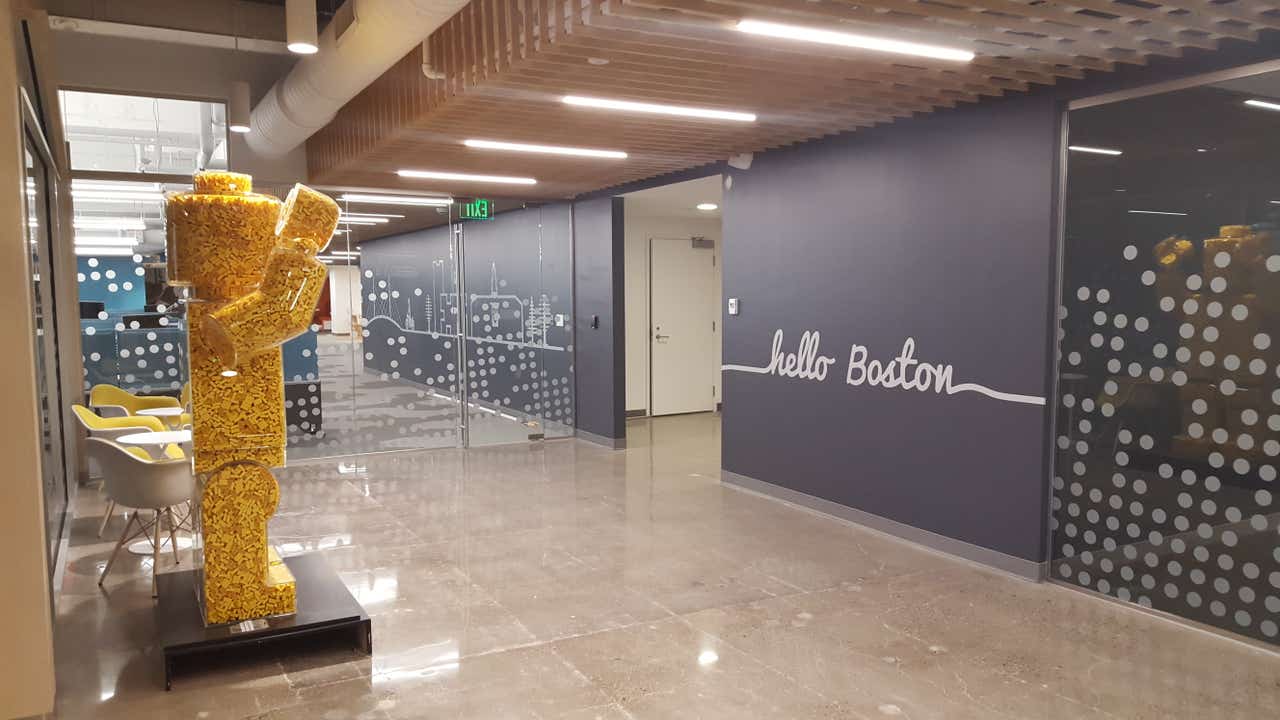 Earlier today, LEGO announced that they will be moving their North America headquarters at Enfield, Connecticut to Boston, Massachusetts in 2026. LEGO has been at this location since 1975 but will soon be going northeast in a few years. The actual location hasn’t been found yet but they will be phasing the move in mid-2025 and be completed by the end of 2026.

All Enfield employees will have a position at the new Boston office and will get relocation assistance if they wish to move. Those who don’t want to relocate will receive financial support and job placement assistance to transition to new opportunities outside the company.

The LEGO Group to Move Americas Office to Boston, MA in 2026

ENFIELD, Conn., January 24, 2023: The LEGO Group today announced it has selected Boston for its future head office in the Americas and will move its current office from Enfield, Connecticut by the end of 2026.

President of the LEGO Group in the Americas, Skip Kodak said the move would support the business’s long-term growth ambitions to bring LEGO® play to even more children in the US and the Americas region.

Kodak said: “Boston is ranked one of the best cities in the world to attract and retain talent. This, along with its world-class academic institutions, skilled workforce and great quality of life makes it an ideal location for our US head office. We have exciting plans for the next phase of growth and hope we can retain many of our current team, as well as attract