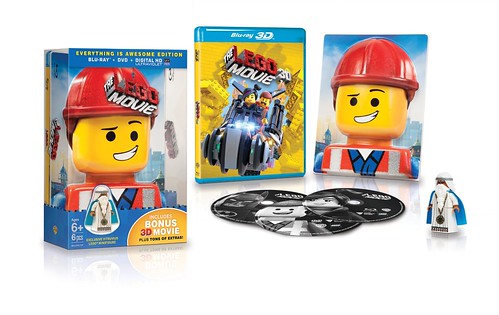 , you probably noticed that you are unable to do so. That is because Amazon is in a dispute with Warner Bros. and the retail giant has stopped taking pre-orders on all upcoming Warner Home Video products which unfortunately includes The LEGO Movie. The reason is because they are trying to gain some leverage with their pricing tactics.

Since the middle of May, Amazon has stopped any pre-orders for any Warner movies but you can still sign up to be notified of when the items will become available. For those who have already pre-ordered the movie before Amazon stopped taking orders, there’s no word yet on whether we will still get it on release date or not.

, and Target which includes The Everything is Awesome Edition that has the Vitruvious minifigure.