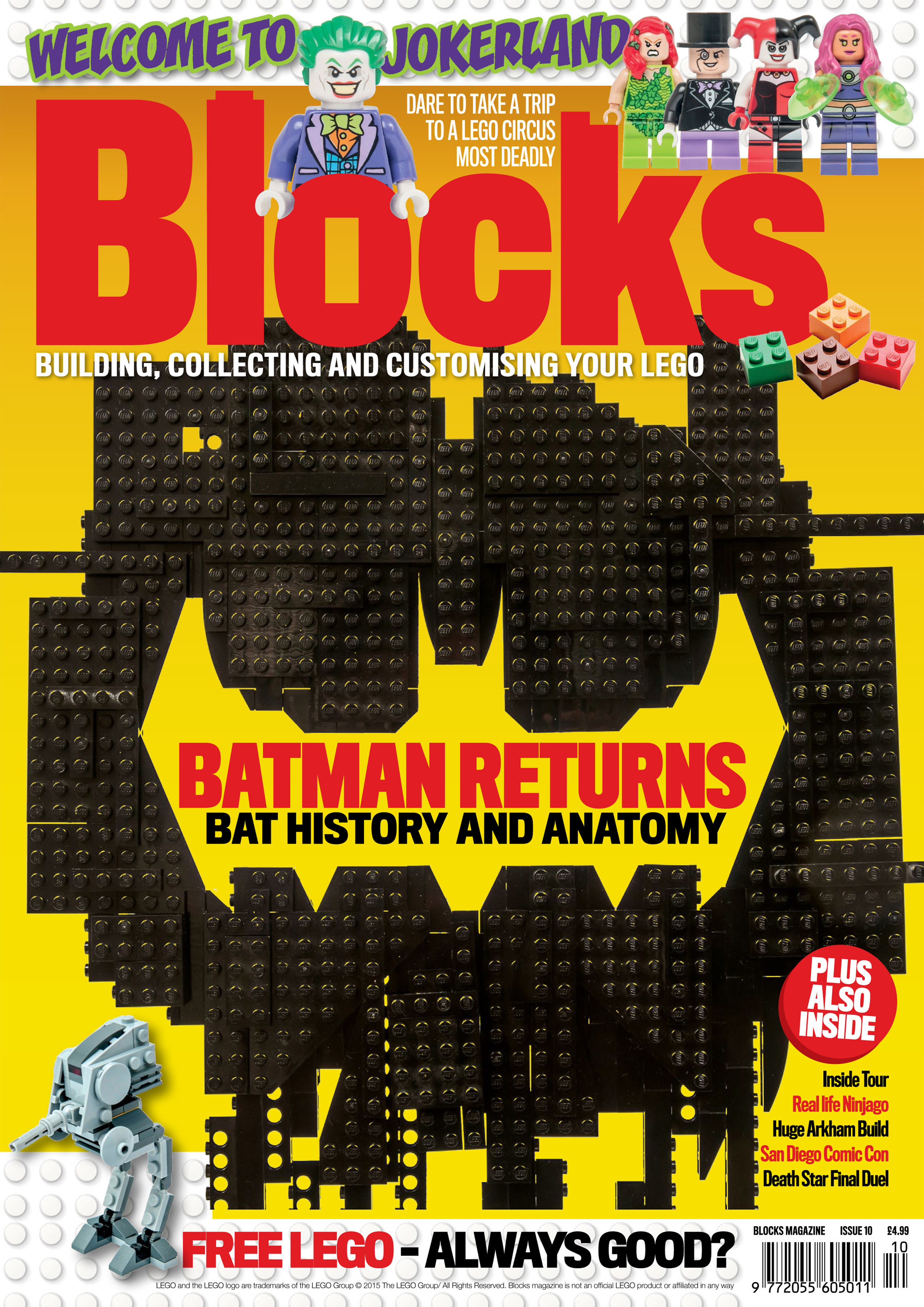 Earlier today, I’ve received a press release email from the Blocks team regarding the latest issue of their magazine which will be a Batman focused issue. Check it out below:

The new edition of Blocks Magazine is on its way to subscribers now. This month, Batman has cast his watchful eye over the issue, with Anatomy of the Batmobile, reviews of new sets including Jokerland and a history timeline.

Elsewhere, we find out how real life ninjas portray Ninjago, showcase a huge Arkham Asylum build, learn how to make LEGO water displays and catch up with the man behind Brickstand.

Blocks’ events section visits San Diego Comic Con, Northumbria Brick Show, Star Wars Day at LEGOLAND and we find out what it’s really like to go on the LEGO Inside Tour.

With all this and plenty more it’s an action packed issue, available in stores and online in digital format from Thursday 23rd July. As well as free prize draws, subscribers get their copies early – see www.blocksmag.com for more details.