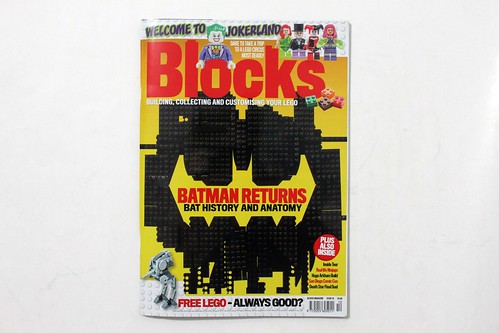 I’ve recently received a couple of LEGO magazines from over in the UK. One of these magazines is from Blocks with their latest issue #10. Some of you may not know this, but I’ve had the pleasure of meeting a couple of members of the Blocks team, Rob and Michelle, at Philly Brick Fest earlier this year. The magazine started late last year but went through a couple of personnel changes in the beginning of this year. From what I’ve been told by Rob is that they have big visions for the magazine and will continue to push out content that you may or may not find online. A little self plug: some photos I took while at PBF in April were used in Issue 9 so that’s pretty cool. 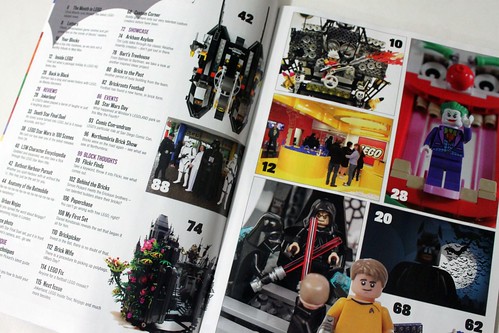 My first impressions from just looking at the table of contents is that it’s jam packed with articles, from reviews, to building techniques, showcases, and editorials. As mentioned before, Issue 10 mostly focuses on the LEGO Batman theme but it’s not overwhelming as there are other themes tossed in to give it some contrast. 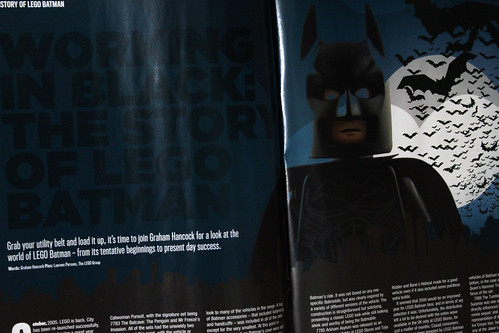 One of the articles I enjoyed was the LEGO Inside Tour column by Svein Tore Bidne Bøe and their first-hand experience of the event. As someone who might not have a chance to go to Billund, I do enjoy reading about others’ experiences as everyone has different perspectives. 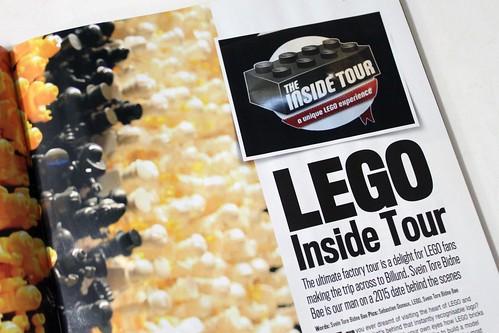 Again flipping through the magazine, you get a couple columns regarding the LEGO Batman subtheme. One of the columns talks about some of the older sets back in 2006 and onward. Another column talks about some the different Batmobiles that have been released through the years and how they compare to the Tim Burton Batmobile. 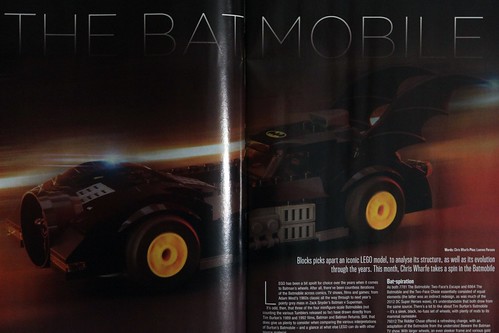 There’s a section called Blocks Project which shows you some building techniques, builds, and LEGO customization. The custom build show is an tablet holderand it even gives you a list of parts to use to create the one shown on the page. However it doesn’t give you any instructions on how to build and you have to figure it out yourself.

The Blocks Showcase gives you an inside look at some MOCs and the builders behind them. One of these MOCs fit into the whole Batman issue with Tim Lydy’s Arkham Asylum. 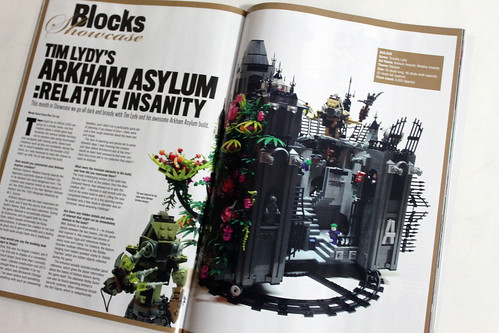 Overall, I did enjoy this edition of Blocks magazine with all the LEGO Batman goodness as well as the LEGO Tour column. The latest issue of Blocks is now available online and hopefully soon at Barnes & Noble here in the US. I’ve heard of being available at various stores but haven’t seen them in my area.