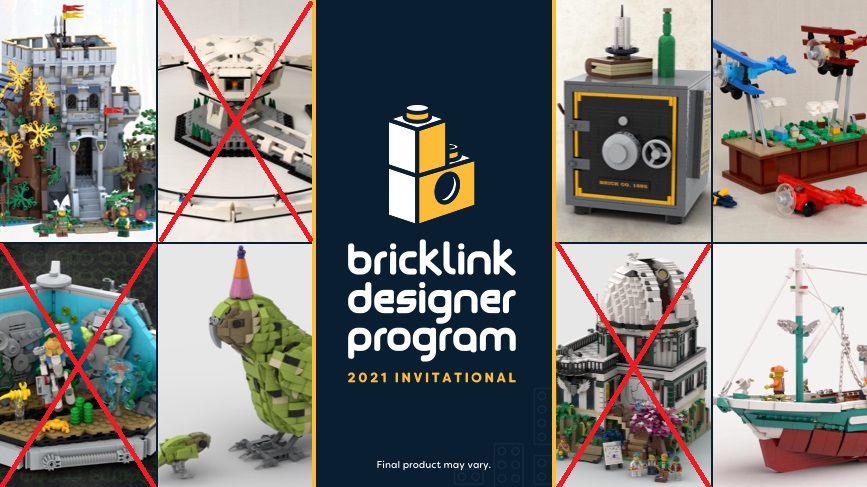 The first crowdfunding round for the BrickLink Designer Program launched this morning and after about eight hours, we now know which sets will be produced. After some overload issues on the site this morning, fans were slowly able to pre-order the projects that they wanted to see produced and the first five to reach that goal are Castle in the Forest, Great Fishing Boat, Sheriff’s Safe, Pursuit of Flight, and Kakapo. BIONICLE Legends and Particle Accelerator are the two projects that are now eliminated and will not be made.

Castle in the Forest was the fastest one to sell out 5,000 copies and it hit that goal in about 40 minutes after pre-orders started. Following that was Great Fishing Boat and the others slowly followed. As of this post, Pursuit of Flight and Kakapo are the ones that hasn’t reached full pre-order capacity.

At first glance, I thought that BIONICLE Legends would’ve been one of the top five since they have a large but niche community but judging by the progress bar, it doesn’t look like it even it 1,500 pre-orders.

Note that the Mountain View Observatory has been pushed to a future crowdfunding round.

Were you able to place your orders and which one(s) did you get? Were you satisfied with how the pre-orders went? I thought it was smooth after the initial rush and checkout on the LEGO Shop was also nice. One complaint that I saw was that there was a max limit of five of a particular project that people could buy. This meant that people could’ve bought extras and people that came late missed out on the popular ones. I think a two max would have been better so more people could get it. BrickLink also still needs to work on their infrastructure since they couldn’t handle the traffic going to it when it kicked off this morning. This could be a learning experience for them and also gives them time to make the necessary changes for the next two rounds.