The 8th annual Creations for Charity has officially kicked off for the 2016 LEGO fundraiser. If you’re not familiar with Creations for Charity, it was founded by Nannan Zhang who’s been part of the LEGO community for a long time and the charity raises money to purchase LEGO sets for underprivileged children during the holiday season. As mentioned before, this is the 8th year that it has been going and every year, they’ve donated more and more sets to kids throughout the world.

The online store is now open over on BrickLink and you can either buy a custom build from LEGO builders in the community or donate your own build for the cause. One of the more notable builds this year is from Matt De Lanoy (Pepa Quin) who has provided instructions to build his Johnny Five which failed to pass the First 2016 LEGO Review Stage. For only $5, Matt will provide the instructions in PDF format as well as a parts list for both BrickLink and Rebrickable.

If you want to donate your builds, you have until November 15 at the link above. 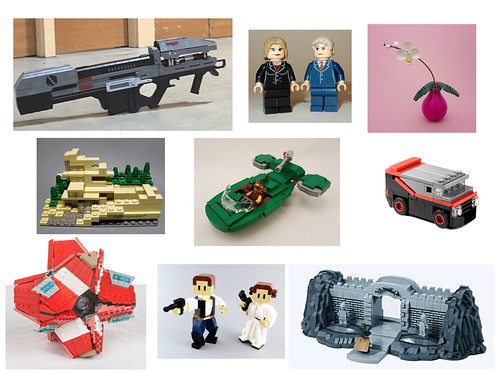