set (10234). There is also another model that has been created but it won’t be sold because this is a model of the iconic building created by LEGO Master Model Builders Ryan McNaught and Erik Varszegi. They have created a 75,000 piece cutaway style of the Sydney Opera House and was displayed at Brickvention 2014. This particular model costs about $25,000 and took aroud 300 hours to complete in a period of 38 working days. Ryan had to digitally design the Opera House first because Erik worked out of company headquarters in Enfield, Connecticut. After his section was completed, it had to be carefully transported to Australia.

In the cutaway section, you can see all the intricate details of the building including the stage, the auditorium, as well as the dressing rooms. This piece of work is absolutely incredible and the estimated 20,000 lucky attendees of Brickvention got to take a closeup look at it. Ryan notes, “I’ve always wanted to do the Opera House and it’s been my personal Mount Everest of Lego, it’s been bugging me for years and years because it’s such a difficult shape.” The Sydney Opera House will most likely be used in future promotional tours as well as museum exhibitions. Check out more images of the model below or head over to Ryan’s Flickr to see larger images. 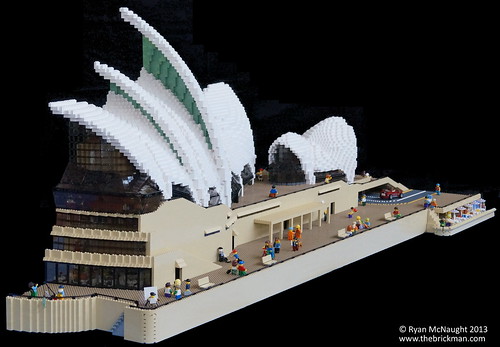 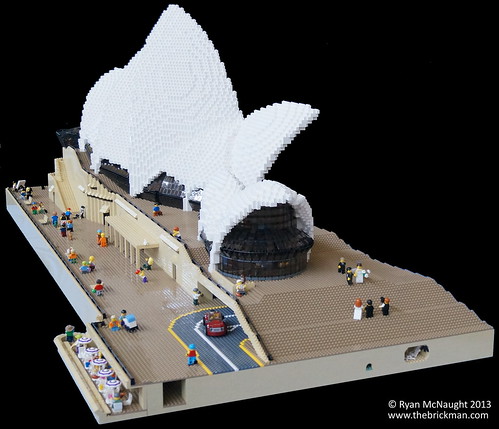 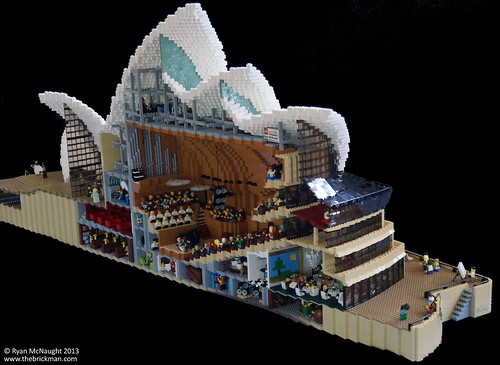 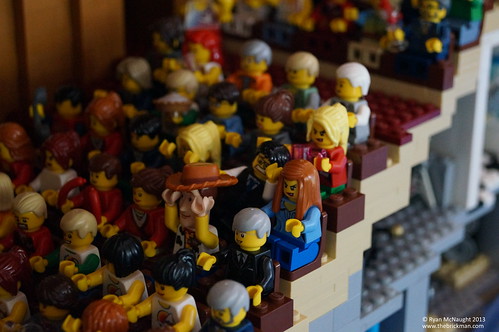 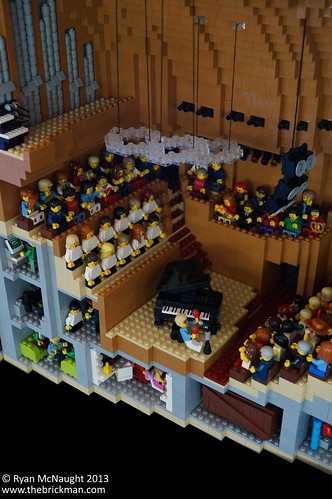