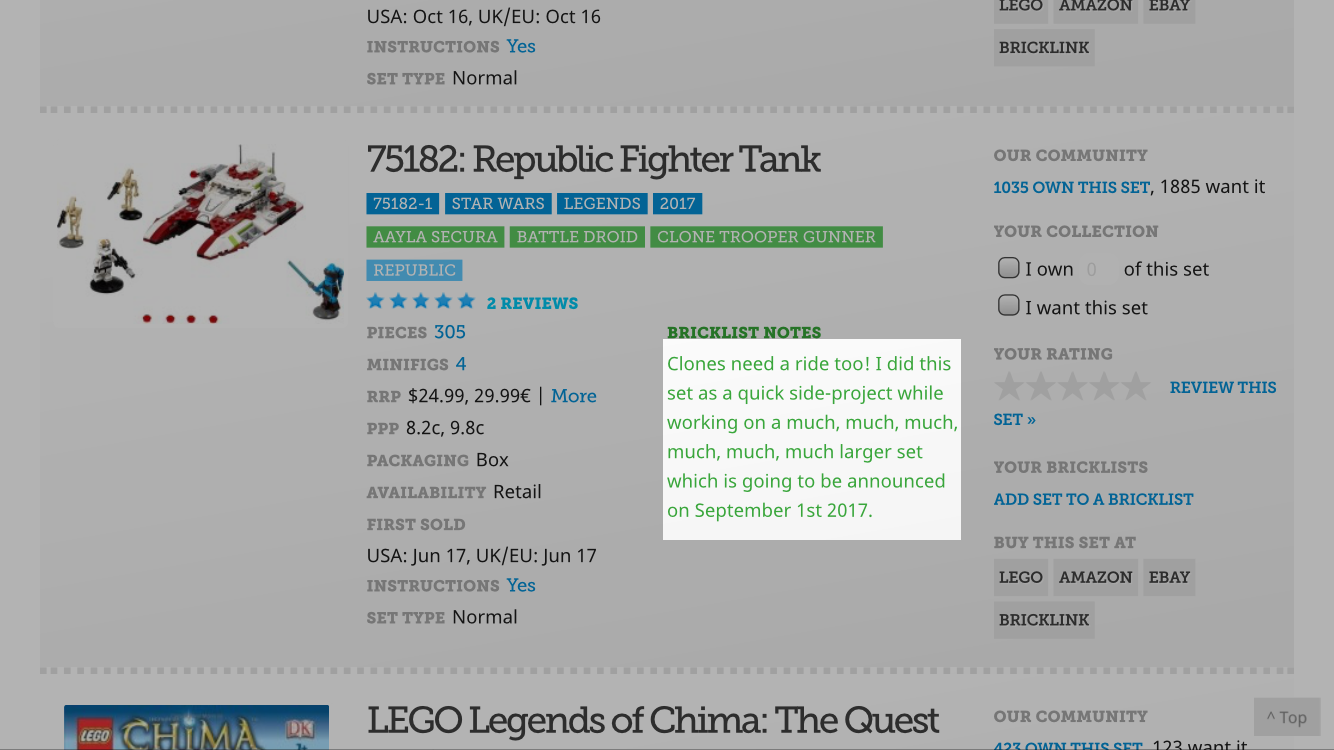 Here’s something coming out of the Brickset Forums yesterday regarding the highly rumored and anticipated updated LEGO Star Wars UCS Millennium Falcon (75192). I saw it yesterday but there was plenty of San Diego Comic Con 2017 news and planning that I held off on reporting it.

If you’re familiar with the set listings on Brickset, you would sometimes see something called “Bricklist Notes” in which LEGO designers can put notes into sets they have designed to give some information about the creative process. Hans Burkhard Schlömer, who is on the LEGO Star Wars design team, has worked previous sets including the Millennium Falcon (75105) and UCS sets such as the Slave I and the Assault on Hoth (75098) has given an very interesting note on a set that was released this year. In the Republic Fighter Tank (75182) listing, Hans wrote:

If you’re a Star Wars fan, you would know that September 1 is the planned date for Star Wars Force Friday II event for The Last Jedi. I’m not a rocket scientist but that sounds like a big ol’ hint for the Millennium Falcon, doesn’t it? Or it could just be that reported UCS BB-8 (75187) that is supposedly coming as well.

We’ll all see together in about one and a half months when all the new LEGO Star Wars sets are revealed during Force Friday II. What do you guys think this mysterious September 1 set will be?