Home Community End of 2012 Updates at The Brick Fan

After coming out of the “Dark Ages” in late 2011, I decided to start a blog just writing about the LEGO sets that I purchase but under a different URL. There were some complications with the URL so I had to change the blog name. On January 18, 2012, The Brick Fan URL officially went live. The site started off slow with very small traffic coming through, like all beginning sites do. We decided to shift our focus from reviewing just what we purchased to more general news in addition to reviews. It wasn’t until San Diego Comic Con 2012 when the site started to pick up and an uptrend of traffic ever since.

We’ve had a great year in 2012 on the blog, much more than I’ve ever expected. The site had 589,000 pageviews from 377,000 unique visits. All of this would not have happened without our loyal readers and we thank you. We’ve also had the pleasure to connect with a lot of amazing people in the LEGO community.

So what does this all mean? It means that we have bigger visions for next year and in the future. We have some things that we plan on rolling out, which some of you might be excited to see. We would also like your suggestions on how to improve the site such as what you like to see more or less of. Just fill out our contact form and give us your suggestions.

We’re looking forward to see what happens in 2013 with all the new sets and themes as well as future LEGO news. We invite you to continue on this journey with us on The Brick Fan! 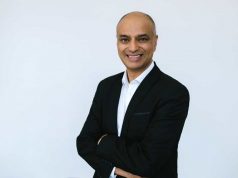