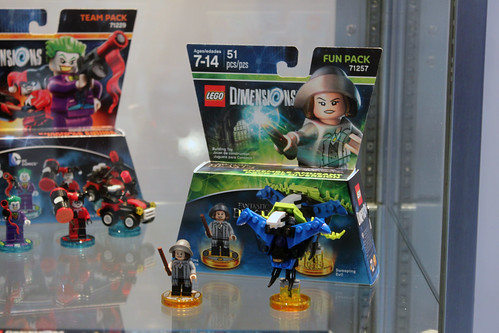 I’m back from the first official day of San Diego Comic Con 2016 and today I want to focus on the LEGO Warner Bros. stuff, more importantly LEGO Dimensions. The LEGO Dimensions glass case of products were unusually small with only some of the Year 2 content being displayed in a badly reachable area. I literally had to sneak in to the WB line to take a picture of them because it wasn’t displayed in a public friendly place.

One thing we haven’t seen yet that was displayed was a first look at the LEGO Dimensions Fantastic Beasts Tina Fun Pack (71257). It contains 51 pieces and it includes the Tina Goldstein minifigure along with the Swooping Evil. Tina comes in her gray coat printing along with a gray gumdrop hat although she appears to wear a green one in the movie.

The Swooping Evil, according to Pottermore is a large, butterfly-like creature and the build does look pretty similar to the source material given the limited amount of pieces that comes with the set. There was no mentioning of pricing but I’m guessing it will retail for $11.99 like the other Fun Packs.

The other new set from the Year 2 wave was the Fantastic Beasts Story Pack (71253). As mentioned before, it comes with the Newt Scamander minifigure along with a brick-built Niffler as well as the entrance to the Magical Congress of the United States of America (MACUSA). We now also know the piece count of the set coming in at 261 pieces. Again, no mentioning of pricing but I’m guessing it will be $49.99. 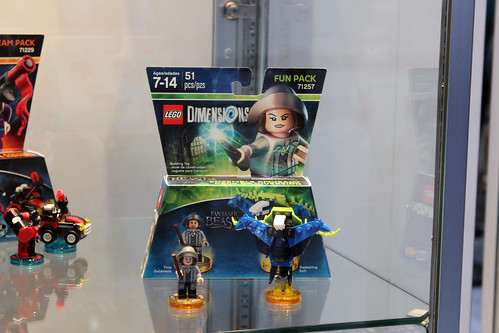 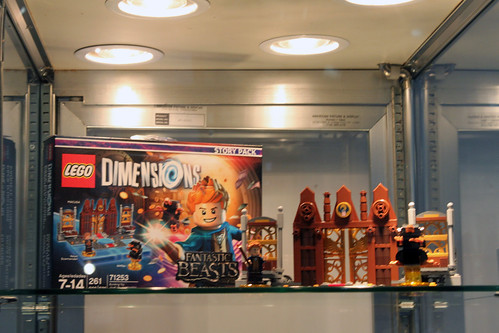