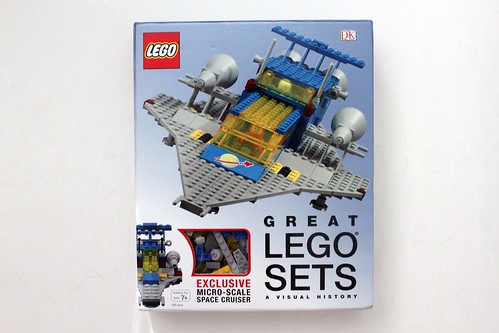 A few weeks ago, DK sent in one of their upcoming books with Great LEGO Sets: A Visual History

. I’ve already done a review of the Micro-Scale Space Cruiser (11910) that’s included with the book which has 256 pages and normally retails for $40. 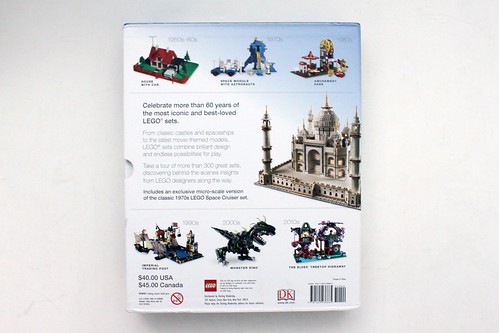 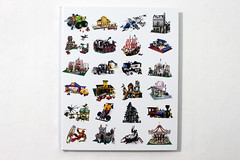 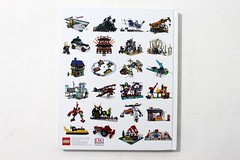 Great LEGO Sets starts off with a visual timeline of some of the important events and key developments in LEGO set history. If you’re a newer LEGO fan, you probably didn’t know that some of the best LEGO sets came out in the 1980s like Blacktron and Futuron including the Monorail Transport System (6990). A few years after that, M-Tron was released as a new LEGO Space subtheme. 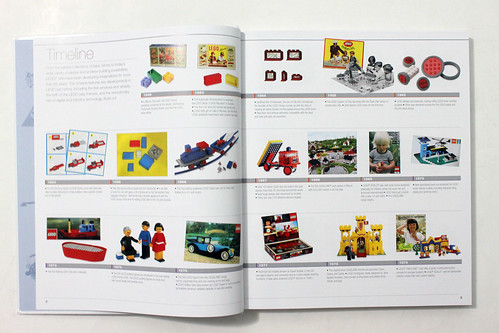 The next chapter gives an in-depth description of how a LEGO set is made. A few LEGO designers also chime in to give some information on the whole development process including Mark John Stafford and Jamie Berard, just to name a few. It’s a very interesting chapter of how a set goes from an idea to being on store shelves. 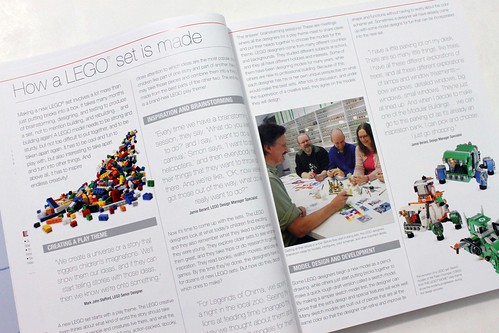 After that, we get to the meat of the book where it starts going in-depth of some notable sets from LEGO’s history. The sets are divided in chapters by decades starting from the 1950s to 2015. For each set, there’s either a one or two page spread detailing some specifics and why they make it a great set. There is a sub-section called the Guided Tour where it shows some key features of the sets. Another section is called Brick by Brick and it gives some addition tidbids about the sets. 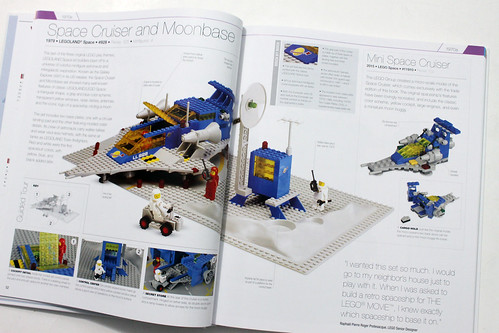 Throughout the book are two page spreads showing off groups of sets from a certain genre like castle-type sets or train-type sets. It’s an interesting look at sets grouped up in a genre and see how they’ve evolved throughout the years. 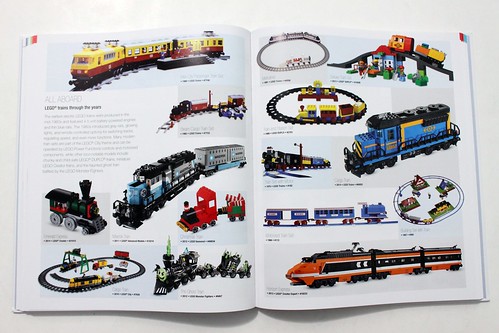 Finally, DK doesn’t have all the sets conveniently laying around their offices so they have reached out to various AFOLs to send their LEGO sets in to be photographed. The sets selected to be in the book are with the help of Huw and his community on Brickset. A person’s opinion of which sets are great are purely subjective so what one person thinks is the best set ever could be very different for another person so keep that in mind when you don’t see a particular set be included in the book. 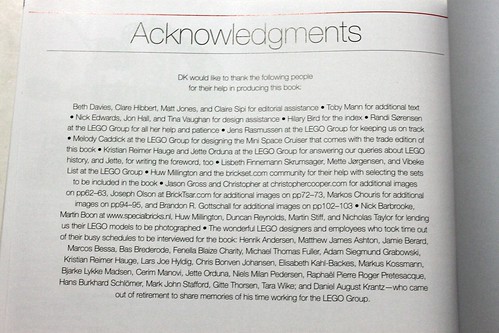 Overall, I feel that Great LEGO Sets: A Visual History is a pretty decent read as there’s a lot of information to digest. The book will officially be available on October 6 but you can pre-order it now on Amazon

at a deep discount. As mentioned before, you also get the Micro-Scale Space Cruiser (11910) included with the book. 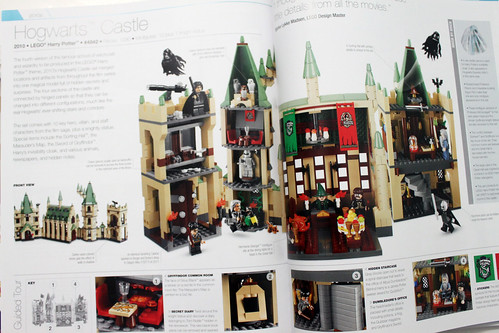