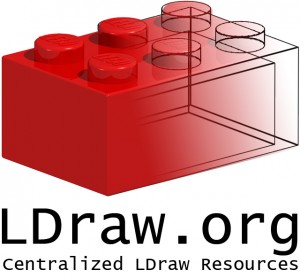 If you’re using LDraw as for your virtual LEGO building, you’ll be glad to hear that there is a new parts update that has been released for the program. This update adds 475 new parts to the catalog while adding 572 new files to the core library. Check out the press release below to see the details of this update.

The 2016-01 LDraw Parts Update has been now been released. This adds 572 new files to the core library, including 475 new parts and 43 new primitives. This update also includes updated versions of the colour configuration files (LDConfig.ldr and LDCfgalt.ldr) thanks to enthusiasm of Sven v. Beuningen and the co-ordination of Willy Tschager and Magnus Forsberg.

Thanks are of course due to all the part authors who created or corrected parts for this release, including several first-time authors. The reviewers also play an important role in keeping files moving through the parts tracker and deserve just as much credit.

You can preview the new parts in 2016-01 here, download the zip-file update or Windows install package here. Alternatively you can use the LDView menu option File | Check for Library Updates… to install the update.

Please accept our apology for this being the only parts update of 2016.