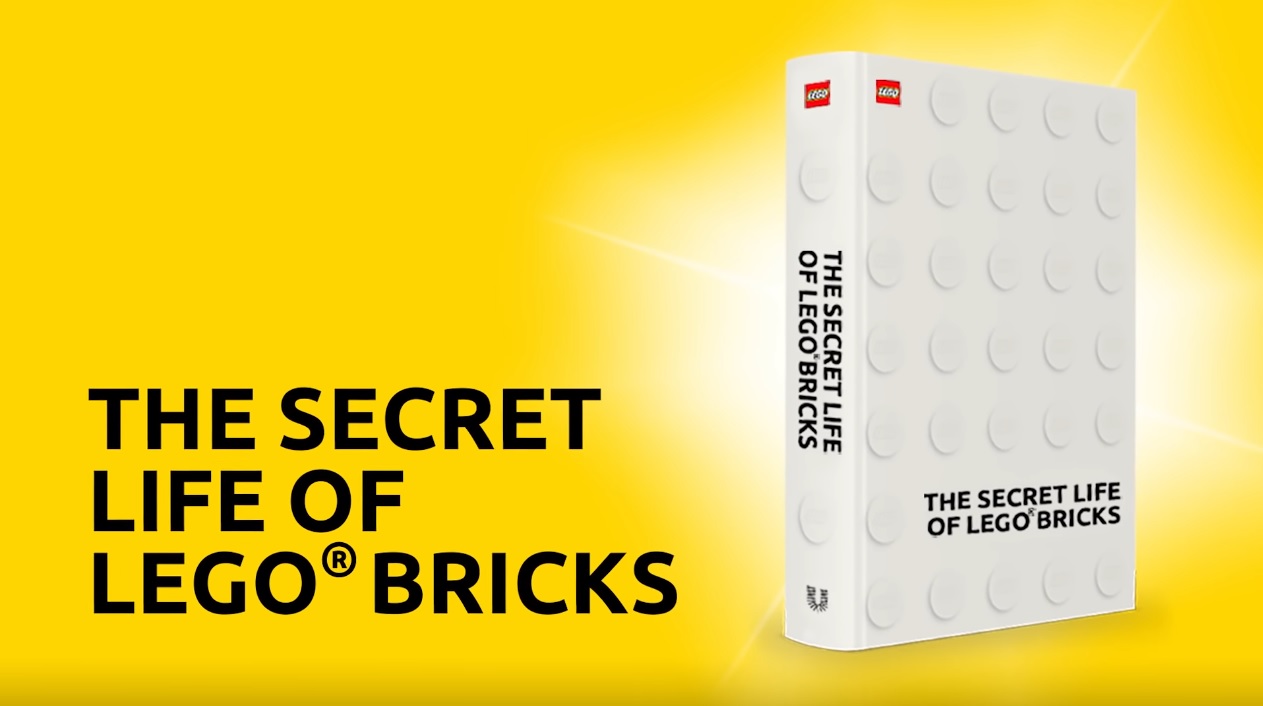 LEGO’s new book with Unbound called The Secret Life of LEGO Bricks has was fully funded in two weeks and there were rewards for people who pledged their support including offering sealed retired sets. For those who haven’t purchased the book yet or want another copy, LEGO is now offering a new round of rewards which include items that have never been offered in this way before and tie in closely to the themes of the book.

Pre-orders are still being accepted through May 31, 2021 and the book will be released by Spring 2022. Head on over to https://unbound.com/books/lego/ to see the full details of the new rewards and to pledge your support for the book.

Unbound is excited to announce a release of new and exclusive rewards to accompany the upcoming book,The Secret Life of LEGO® Bricks, part of a major new initiative with the LEGO Group and AMEET, the LEGO Group’s global strategic publishing partner.

The book is the first official direct-to-consumer book created in partnership with Adult Fans of LEGO (AFOLs) and is being written by Daniel Konstanski, the US Editor for Blocks Magazine and a passionate, lifelong LEGO fan.

Since the crowdfunding for the book reached its 100% milestone in just 2 weeks in August of this year, Daniel has been given unprecedented access to interview staff across the LEGO Group to uncover the previously untold secrets behind the mighty brick.

The first round of rewards launched in August and included rare, retired LEGO sets and sets exclusively signed by LEGO designers, which sold out in record time. Now, the LEGO Group’s AFOL Engagement team has worked closely with Unbound to create a number of brand-new rewards that will up the excitement for fans since they include items that have never been offered in this way before and which tie in closely to the themes of the book. Full details will be revealed when the new rewards release on Wednesday 25th November at 3pm GMT. Unbound will be accepting pre-orders until 31st May 2021 (after which the book will no longer be available). Books are expected to arrive with purchasers by Spring 2022.

Sanne Dollerup of the LEGO Group’s AFOL Engagement team said,
“We are super excited about this project. It has been absolutely wonderful to find so much love and support for it, both in the AFOL community but also internally at the LEGO Group – especially when scouting for attractive rewards, we were met with a heartfelt interest and dedication to offering fans something new. This has been an energizing experience.”

Thisis an exclusive, once-in-a-lifetime opportunity to own a piece of LEGO history: The Secret Life of LEGO®️ Bricks will only be available through Unbound, and every fan who pre-orders will get their name printed in the back of the book. This truly is a book for AFOLs, by AFOLs, with the full support and involvement of the LEGO Group.

More details can be found at the project page on Unbound here:
https://unbound.com/books/lego/