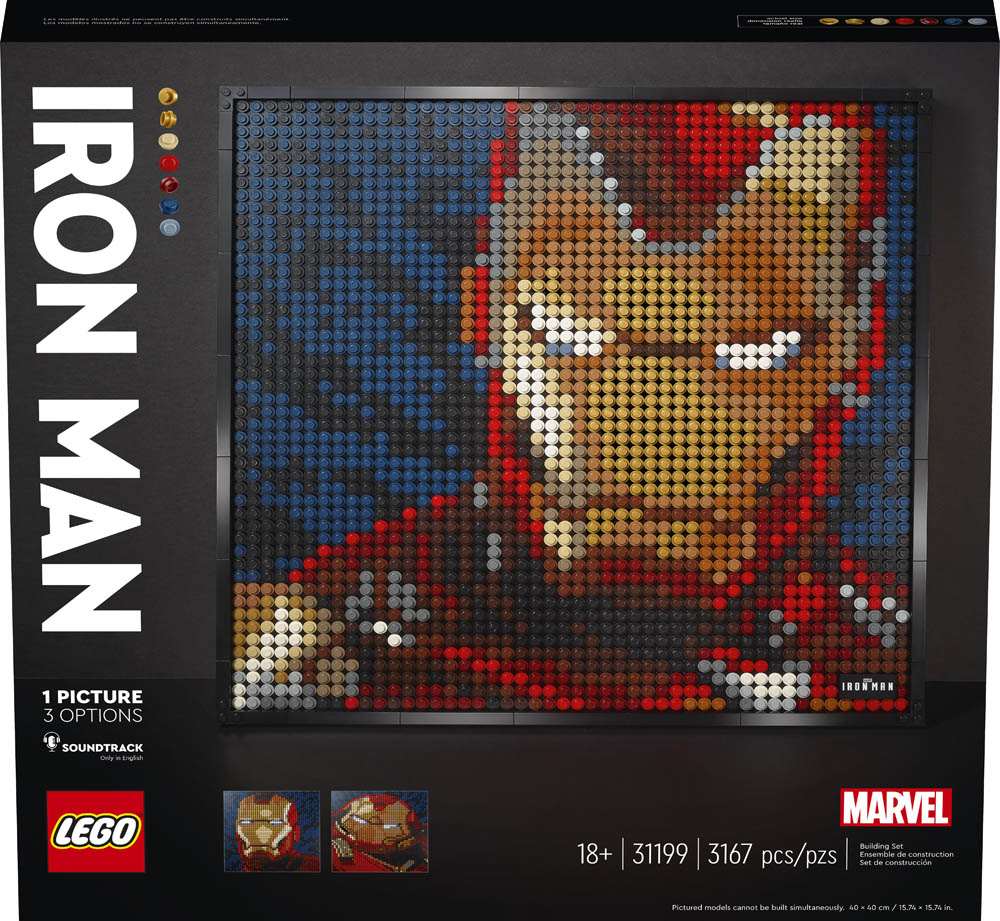 The LEGO Art Marvel Studios Iron Man (31199) is now available but if you’re curious of what the accompanying soundtrack is like, LEGO has released it online for you to check out. The soundtrack is an hour and a half minute long and host Andrea Collins interviews a number of Marvel related guests including writers and comic historians. Along with the interviews, there is also a stop motion for building each of the Iron Man suits that are featured in the set.